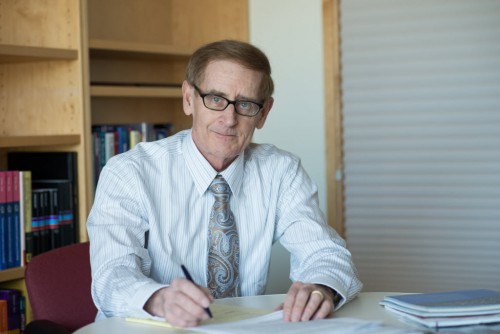 “The new guidelines, first established in 2014, seem to have been embraced within academic centers and larger hospitals and cancer centers, but compliance is still quite variable elsewhere,” said Dr. Gary Lyman, first author of the new set of recommendations, published in the Dec. 12 issue of the Journal of Clinical Oncology.

Sentinel node biopsy is a surgical procedure used in evaluating patients and planning treatment for early-stage breast cancer. The new guidelines echo a more conservative approach first recommended in 2014 where surgeons were advised NOT to automatically harvest all lymph nodes if cancer was found in a sentinel node. This was a dramatic shift from 2005’s recommendation that surgeons use sentinel node biopsies to stage the cancer and then go on to perform axillary lymph node dissection, removing all lymph nodes under the patient’s arm (or arms) if any disease was found in the sentinel node.

“In smaller hospitals, particularly in rural areas, many women are still being told they need a full axillary dissection. There are economic issues, geographic issues and education issues for both clinicians and patients,” said Lyman, a Fred Hutch researcher, breast cancer oncologist and co-director of HICOR.

Research by Lyman and others led to the dramatic change in recommendations over the past decade.

“There are cautions. The sentinel node biopsy has to be well-conducted, the tumor should not be greater than 5 centimeters in size, and there should be no other major risk factors. However, approximately two thirds of women meet these criteria,” Lyman said. “Full removal is always an option, and some women want to have all of the lymph nodes taken out. But given the down side of the full axillary dissection in terms of quality of life and possible complications, many women who have a lower risk say, ‘I want to avoid those problems.’”

Sentinel node biopsies are done on early-stage breast cancer patients to stage their cancer and determine if it has infiltrated the lymph node system, a common signal of cancer spread.

Lyman is a major policymaker for ASCO, the American Society of Clinical Oncology. He is also a thought leader in the field of value-based cancer care and precision oncology. Working with many other colleagues, this longtime researcher helped pioneer sentinel lymph node biopsy in breast cancer patients 20 years ago and has been instrumental in shaping policy for breast cancer treatment and surgery ever since.

ABOUT FRED HUTCHAt Fred Hutchinson Cancer Research Center, home to three Nobel laureates, interdisciplinary teams of world-renowned scientists seek new and innovative ways to prevent, diagnose and treat cancer, HIV/AIDS and other life-threatening diseases. Fred Hutch’s pioneering work in bone marrow transplantation led to the development of immunotherapy, which harnesses the power of the immune system to treat cancer with minimal side effects. An independent, nonprofit research institute based in Seattle, Fred Hutch houses the nation’s first and largest cancer prevention research program, as well as the clinical coordinating center of the Women’s Health Initiative and the international headquarters of the HIV Vaccine Trials Network. Private contributions are essential for enabling Fred Hutch scientists to explore novel research opportunities that lead to important medical breakthroughs. For more information, visit fredhutch.org or follow Fred Hutch on Facebook, Twitter or YouTube.

“The standard of care used to be to take them all but the data has been quite compelling over the last few years. Now, it’s generally accepted that a complete lymph node dissection isn’t necessary for all patients.”

“This is part of an overall trend in the breast cancer setting to not do more than we need to, based on the evidence. Of course, we’re doing less and less extensive surgery – from radical mastectomy to lumpectomy. And even now with lumpectomies, we’re not taking more tissue than is really needed.”

“It’s been part of the trajectory of not doing more than necessary but we still have our work to do. Education is important. If they’re in high risk subgroups, a full ALND could be justified, but women need to be informed so they ask the right questions and don’t just accept what they’re told out of the gate.”

“If a woman has only one or two sentinel lymph nodes that are cancerous and if the tumor is not too big and not too aggressive, there’s no value in doing a complete lymph node dissection.”