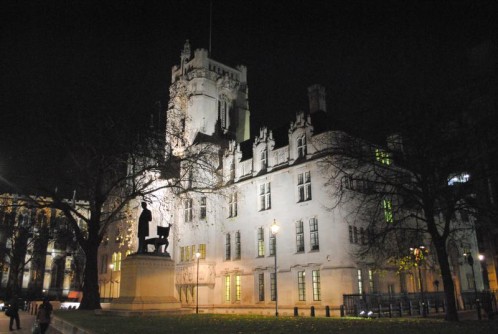 Newswise — LAWRENCE — While last year's surprise Brexit referendum shocked the political world, a University of Kansas historian says less attention has focused on another significant development: The emergence of a politicized judiciary in the United Kingdom.

In late January following an earlier court decision, Britain's Supreme Court ruled that Parliament must vote on whether the government can start the process to leave the EU, an action that last year's referendum triggered. The court case was a tactic by those wanting Britain to remain in the EU, known as the "Remainers." They argued that under the doctrine of the "sovereignty of Parliament," an Act of Parliament was necessary to begin the process of leaving.

"This idea is itself an historical construct, not an eternal truth," Clark said. "Many institutions have competed for a share of 'sovereignty.'"

This could yet touch off a constitutional crisis, for Britain's Supreme Court did eventually decide that Parliament needed to approve the Brexit. The House of Commons has voted to do so, but the House of Lords still could reverse that decision.

"The Supreme Court has taken sides, just like the U.S. Supreme Court seems to do. It is still possible that Brexit might be frustrated by their judgment," Clark said. "The constitution is in dispute."

Historically, the expansion of the role of the judiciary in Britain has contradicted an idea made popular in 1885 as the "sovereignty of Parliament" by constitutional lawyer Albert Venn Dicey. However, that doctrine seems to be greatly weakened, Clark said, after a majority of voters, in the referendum on June 23, 2016, disagreed with Parliament's support of membership of the EU.

Instead, two institutions are likely fighting to fill that vacuum of political power: the Supreme Court, representing the ideal of the rule of law, and the referendum, giving expression to the ideal of popular sovereignty, he said. Both appeal to history.