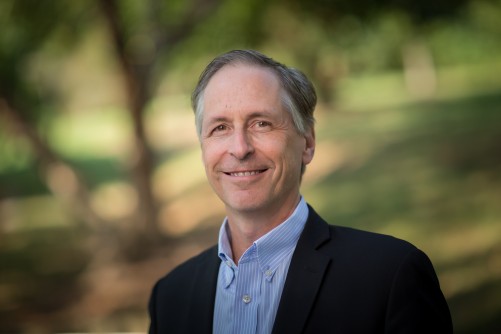 Adam Goldstein, MD, MPH, is a UNC Lineberger member and professor in the UNC School of Medicine Department of Family Medicine.

Newswise — CHAPEL HILL – Health warnings cover about 10 percent of a cigarette pack’s exterior surface in the United States, but there is broad support, even among smokers, for making them significantly larger, a University of North Carolina Lineberger Comprehensive Cancer Center study has found.

The study, published in the journal PLoS One, found that a majority of smokers and nonsmokers who responded to a randomized telephone survey said they supported increasing warning sizes to cover 25 percent, 50 percent, and as much as 75 percent of cigarette packs. The data was presented in a poster session at the National Conference on Tobacco or Health.

“These findings show there is national public support for implementing larger pack warnings in the United States,” said Adam Goldstein, MD, MPH, a UNC Lineberger member and professor in the UNC School of Medicine Department of Family Medicine. “There’s broad support, even among smokers.”

Previous research has suggested that larger sized warnings on cigarette packs are more effective than smaller warning labels in increasing smokers’ intentions to quit and leading them to think about the harms of smoking, said the study’s first author Sarah Kowitt, a doctoral student in the UNC Gillings School of Global Public Health.

While a federal law passed in 2009 called for larger cigarette warnings, litigation has stalled the enactment of the warning requirements. The 2009 Family Smoking Prevention and Tobacco Control Act required the U.S. Food and Drug Administration to implement graphic, or picture, warnings along with text covering half of the front and rear panels of cigarette packages. These warnings have not yet been implemented because of tobacco industry lawsuits, and the U.S. FDA is researching new warnings to comply with any legal challenges.

They also found that smokers intending to quit smoking responded to the questions about increasing pack size by 25 and 50 percent more favorably.

“Most adults, including smokers, have favorable attitudes towards larger warning labels on cigarette packs,” Kowitt said. “These findings support the implementation of larger health warnings on cigarette packs in the U.S. as required by the 2009 Tobacco Control Act.”

The study was supported by grant No. P50 CA180907 from the National Cancer Institute and the FDA Center for Tobacco Products (CTP). The content is solely the responsibility of the authors and does not necessarily represent the official views of the NIH or the Food and Drug Administration.In addition to Goldstein and Kowitt, other authors include: Seth M. Noar and Leah M. Ranney.