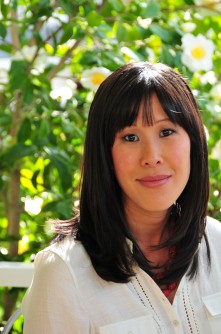 Laura Ling is the 2015 Commencement speaker at Carthage College in Kenosha, Wisconsin.

Newswise — KENOSHA, Wis. – Six years ago at this time, Laura Ling was imprisoned in North Korea. Chosen as Carthage College’s 2015 Commencement speaker, she’ll share reflections from those terrifying months and other lessons she has gleaned from a career as an award-winning broadcast journalist.

Ling has reported from dozens of countries on critical issues such as slave labor in the Amazon, Mexico’s drug war, Internet censorship in China, and women’s rights in Turkey. Her work has earned both an Emmy and a national Edward R. Murrow Award.

Today, she is director of development for Discovery Digital Networks. Previously, Ling was the host and reporter on the documentary series “E! Investigates” and vice president of Current TV’s journalism department.

In March 2009, North Korean soldiers detained Ling along the border with China as she reported on the trafficking of North Korean women. She and her colleague, Euna Lee, were convicted in a secret trial and sentenced to 12 years of hard labor. They spent 140 days in captivity before former President Bill Clinton helped to secure pardons for them.

Since returning to the United States, Ling has sought to shine a light on both the trafficking of women and the plight of imprisoned journalists around the world. She co- wrote “Somewhere Inside: One Sister’s Captivity in North Korea and the Other’s Fight to Bring Her Home” with her sister Lisa, host of “This Is Life with Lisa Ling” on CNN.

“She is a brave and accomplished journalist who will provide powerful insight and inspiration for our class to leave our home at Carthage and go after our dreams,” said Marissa Gray, president of Carthage Student Government.

The Commencement ceremony is scheduled for 3 p.m. Sunday, May 24. The event will be streamed live at live.carthage.edu.

Carthage College combines an environment of reflection and self-discovery with a culture of high expectation so our students uncover and ignite their true potential. A four-year, private liberal arts college with roots in the Lutheran tradition, the campus has a prime location in Kenosha, Wisconsin. The campus, an 80-acre arboretum on the shore of Lake Michigan, is home to 150 scholars, 2,600 full-time students, and 400 part-time students.