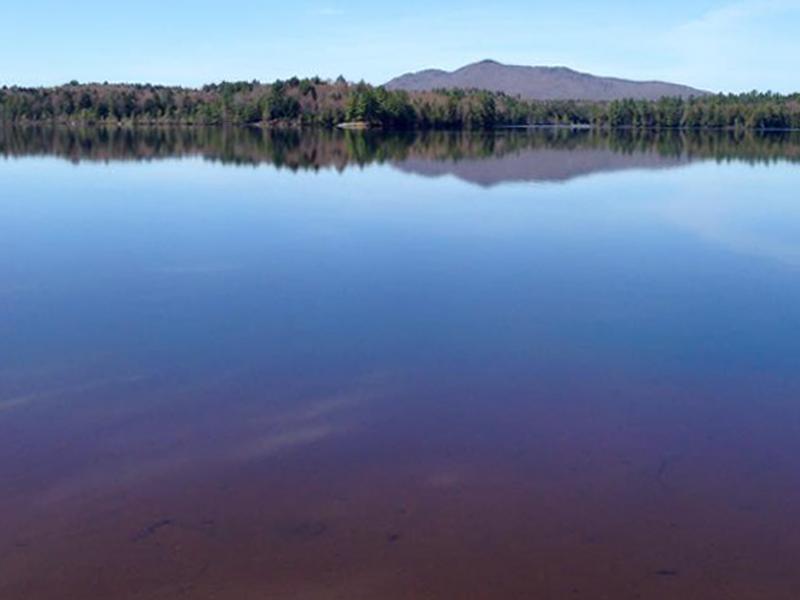 Newswise — TROY, N.Y. — As more dissolved organic matter enters lakes across the northeast United States, darkening the lakes in a phenomena called “browning,” new research shows that these waters may be growing less productive and able to sustain less life. In a study published today in Limnology and Oceanography Letters, scientists found that, rather than enriching lakes with nutrients as had previously been assumed, water more heavily laden with dissolved organic matter blocks sunlight and limits plant growth.

“A key question regarding lake browning is what impact it will have on aquatic food webs, including algal growth and fisheries,” said Kevin Rose, co-author and an assistant professor of biological sciences at Rensselaer Polytechnic Institute. “These findings demonstrate that browning lakes are becoming increasingly light limited. As a result, algae and aquatic plants growing in these lakes will increasingly be constrained to shallower zones, restricting an important food resource for the invertebrates that feed fish. This shift could make it challenging for fish that typically rely on visual foraging, like brook trout, to find prey.”

Browning is the result of environmental changes that include recovery from acid rain, changes in land use, and climate change. Scientists had previously assumed that as more dissolved organic matter flowed into lakes, levels of nutrients like nitrogen and phosphorous would also increase, potentially offsetting the effects of reduced light. But according to Jonathan Stetler, the lead author and a graduate student working with Rose, nutrients aren’t increasing as lakes darken over time. Absent an increase in nutrients, models created by the authors predict that darker lakes will be less hospitable to plant and animal life.

“Lakes are browning, and across the region there is a correlation that shows that browner lakes have more nutrients. But when we look across time, we see that lakes that are browning have similar levels of nutrients as they did before undergoing browning,” Stetler said. “That tells us that the processes that control nutrients across space and time differ from one another.”

To reach their conclusions, the research team conducted a large spatial survey, collecting data on carbon, nutrient levels in the water, and light penetration of lakes across the country, and also turned to one of the few existing long-term datasets with similar information, which was collected on 28 lakes in the Adirondack Mountains from 1994 to 2012

The spatial survey offers a snapshot of how nutrients change with browning and was based on samples the team collected from 38 lakes across New York, Pennsylvania, and Minnesota, and data from 90 lakes across the country collected as part of the 2012 Environmental Protection Agency National Lakes Assessment. That data showed that browner lakes do indeed have higher levels of nutrients than lighter lakes.

But the Adirondack Mountains dataset showed that those nutrient amounts aren’t changing. The researchers did find that nitrogen levels actually decreased, a likely result of the Clean Air Act. Meanwhile, phosphorous levels did not change, a finding that could be due to changes in soil pH or effects of climate warming.

“In the Adirondacks and other northern regions, recovery from acid rain has seen a concurrent increase in dissolved organic matter flowing into surface waters. We were surprised to find that nitrogen and phosphorous levels are not increasing along with dissolved organic matter,” said Charles Driscoll, a co-author and professor at Syracuse University. “Since nutrient limitation can reduce lake productivity, this observation has important implications for the future structure and function of these aquatic ecosystems.”

“As is often the case, the true value of these long-term datasets isn’t fully realized until decades later,” Stetler said. “Though useful inferences can sometimes be gained from spatial surveys, there is no substitution for long-term data.”

“Lake browning generates a spatiotemporal mismatch between dissolved organic carbon and limiting nutrients” was published with support from the U.S. National Science Foundation. The New York State Energy Research Development Authority (NYSERDA) supported the project that collected the long-term Adirondack lake data. Stetler, Rose, and Driscoll were joined in the research by Lesley Knoll at Itasca Biological Station and Laboratories.