According to Mark Rudnicki, a professor of practice in forest biomaterials at Michigan Technological University, Michigan ranks ninth in the nation in forest cover. It’s also home to several forest-related industries, including forestry and logging, wood products manufacturing and paper manufacturing.

In 2013, Michigan Tech initiated the development of a broad coalition – with members from Michigan industry, government and academia – to facilitate the cultivation of new ways to use forest biomaterials. The initiative has evolved into the Michigan Forest Biomaterials Institute (MiFBI) and Rudnicki is its executive director.

“We’re looking to support existing industries while facilitating the next generation of forest biomaterials,” Rudnicki says. “Getting the message out about opportunities in the forest is very important.”

MiFBI will be hosting the Michigan Forest Bioeconomy Conference on February 1 and 2 at Grand Valley State University in Grand Rapids. The conference will focus on emerging areas of Michigan’s forest bioeconomy – wood innovation, tall wood building construction and wood recycling.

Innovations in wood can result in new wood-based products (such as adhesives and green-platform chemicals), advancements in wood engineering and new uses for what was previously seen as waste from pulp and paper.

“There are more opportunities to create value on the manufacturing side," Rudnicki says. He uses tall wood buildings as an example: "Michigan has the resources, but the big challenge is that we are a hardwood state [with maples and oaks], and most tall wood buildings have been constructed from softwoods [like firs and spruces]. We need more research to test and develop hardwood versions or a mix of species, and see if or how they behave differently.”

Another opportunity to create value is found in paper manufacturing. In the process of making paper, mills remove an organic substance from the wood called lignin. Until recently, adding value to lignin has been a worldwide conundrum. Now, however, scientists are discovering ways to use lignin as a fuel and as a carbon fiber. Rudnicki believes it may not be long before a car’s entire frame can be made from lignin-based carbon fiber.

“Light-weighting is always an issue for automakers,” Rudnicki says, referring to a carmaker’s preference to use lighter materials to lessen a vehicle’s load. “They’re incredibly interested in cheaper carbon fiber derived from wood.”

With a couple of large pulp mills and the Big Three automakers all located in Michigan, lignin-based carbon fiber could prove a lucrative endeavor.

The tall wood buildings mentioned above are also a result of advancements in wood innovation. Also called mass timber buildings, these structures are higher than 10 stories and made primarily of an engineered wood product known as cross-laminated timber. Cross-laminated timber can be used in place of concrete and steel, though most tall wood constructions include some concrete and steel in their design.

MiFBI is advocating for a tall wood building to be built in Grand Rapids. “It’s a booming town that understands and was built on wood,” Rudnicki says.

The third of the Michigan Forest Bioeconomy Conference’s focus areas – wood recycling – is not a new phenomenon. MiFBI aims to capitalize on recycling processes already in place, seize upon previously untapped opportunities and seek out new ways to reuse wood waste.

Many Michigan furniture companies, for instance, manufacture products made of laminated particle board. Rudnicki estimates the cutoff and scraps from laminated particle board from the Grand Rapids area to be at least 150 tons a day. Most of that waste is landfilled or burned. Researchers at Michigan Tech are currently studying whether the cutoff and scraps can be ground up or liquefied for use in 3-D printing. Earlier this year, a West Michigan economic development organization called The Right Place coordinated the donation of $25,000 to Michigan Tech for this research.

Bioenergy, Biomaterials, and the Bioeconomy

MiFBI is the brainchild of Terry Sharik, dean of the School of Forest Resources and Environmental Science (SFRES). The institute unites industry, government and academia to foster “sustainable forests, communities and economies through innovative and responsible production, use and recycling of forest biomaterials.”

Sharik, Rudnicki and colleagues are also in the early stages of developing a new academic program at Michigan Tech, tentatively called Bioenergy, Biomaterials, and the Bioeconomy.

“This is a project that cuts across the entire university,” Sharik says. “More importantly, it can play a significant role in boosting the economic vitality and quality of life in the state of Michigan.”

Because Sharik’s vision has always been a statewide effort, he and Rudnicki believe the biggest problem MiFBI faces is fragmentation of that effort.

“If we’re going to shift to a bioeconomy,” Sharik says, “the stakeholders need to stick together.”

Rudnicki echoes this sentiment: “It has to be ‘Team Michigan.’” 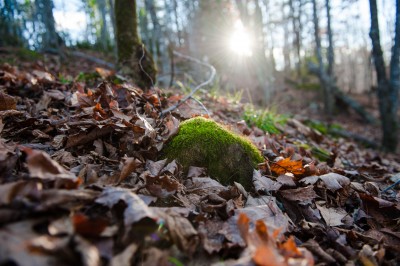 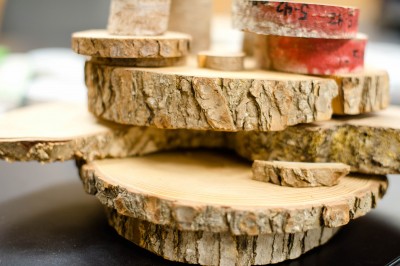