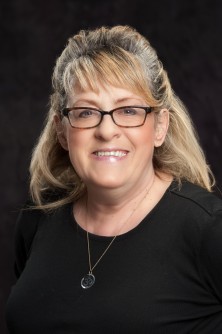 Diane Swanson, Edgerley family chair of distinction in business administration and professor of management, said although whistleblowers may be shunned and discredited, they can help corporations remain ethical and uncover dangers to consumers.

"It is hard to pierce the corporate veil because typically the only proof we have are public statements and court cases," Swanson said. "It is difficult to know the actual decision parameters. That's why we count on whistleblowers."

When executives turn a blind eye to warning signs of a potential problem or they never hear the information, the corporate culture is to blame, according to Swanson's new book "Embedding CSR into Corporate Culture: Challenging the Executive Mind," published by Palgrave Macmillan.

"It is tradition to push credit up the chain of command and blame down," Swanson said. "When the information is pushed up from below, it can meet many layers of resistance. What really matters is the culture to counteract that and the attitude set at the top."

An example of this is the Tylenol tampering crisis in October 1982. Johnson & Johnson's CEO at the time, James Burke, set a precedence of acting quickly, Swanson said. Burke cost the company millions by removing all Tylenol from shelves in the nation — going above and beyond government recommendations.

"Burke had employees working around the clock to recall Tylenol in reference to the company's credo of safety," Swanson said. "They did not know the company would recover financially, although it did."

The precedent that Burke set is proof to other companies that a corporation can survive through crises while putting public safety first, Swanson said.

"If a culture of safety is desired, then it matters who is hired, how they are rewarded and who is fired," Swanson said. "Also, it is important that the employees see the executive walk the talk — that they welcome information and act on it."

Change and learning can be difficult and can call for extreme measures, Swanson said. Tyco International, a security and fire protection company that was part of a wave of corporate scandal cases in 2002, reinvented itself with a major reorganization.

"It was unclear if the same people who were part of the problem could fix it," Swanson said. "That explains why the incoming CEO of Tyco recruited a new board. It was an unprecedented move, but it probably saved the company."

Some companies can overcome ethical crises with time, such as the Ford Pinto case. A 1977 article in Mother Jones claimed Ford executives were aware of a design flaw that would cause the fuel tank to ignite in a rear-impact collision, but executives decided it was cheaper to pay wrongful death and injury settlements. The article cited the company's cost-benefit analysis.

"I wouldn't reward the culture in America for its memory," Swanson said. "When we have a fresh memory we won't buy the product in question, but companies can count on some consumers forgetting over the long term. They can manufacture a different brand and different class of car with a different name."

Swanson wrote her book to encourage executive leaders to pursue corporate social responsibility and the triple bottom line — economic, social and environmental — and to help organizations learn from mistakes.

"If learning doesn't take place, an organization can find itself in the same spot again with another product or production process," Swanson said. "The underlying assumption of how an organization deals with information and if employees are encouraged to confront authority has to change for learning to take place."

Swanson recommends anonymous whistleblower hotlines and ombudspersons — an impartial intermediary — to help encourage employees to get information to the executives. She values consumer watchdog groups, the news media and consumers who report faulty or dangerous products to government regulatory agencies, such as the U.S. Consumer Product Safety Commission.

Swanson spearheaded a national campaign in 2003 that emphasized the importance of ethics in business education. Each summer she teaches ethics course work to senior credit managers in a program at Dartmouth College. In 2011, she joined Benedictine University as a distinguished visiting scholar in the executive doctoral program for values-driven leadership.