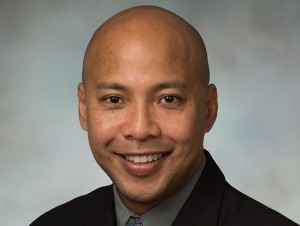 Newswise — Prior to the Recession of 2008, the worst economic disaster since the Great Depression, well-regarded companies such as Lehman Brothers, Enron, and Countrywide Financial imploded due to questionable behavior that landed executives in jail and left retirees destitute.

Jeffrey Chow, assistant professor of business, wondered if the devastation that affected thousands of investors, employees, and pensioners could have been avoided if those organizations had followed an overarching moral code. Would the financial crisis that rocked the banking and housing sectors have been as significant or as damaging?Chow explored those questions among others in his 2013 doctoral dissertation on Islamic finance, which he described as a theological way of doing business. It is a hot trend that hasn’t garnered much attention until recently.

Within Islamic finance, transactions have to comply with Shariah, the legal code of Islam based on the Koran. Basic tenets include not charging interest or engaging in speculation, Chow explained. And practitioners of Islamic finance avoid investment in companies that sell items or promote activities that go against their religion, such as alcohol and gambling.

“Islamic finance is driven by religious imperatives with the underlying idea that when you engage in a financial transaction it should benefit all parties,” said Chow, a Buddhist who grew up in heavily Muslim Malaysia where Islamic finance is prevalent. He became increasingly interested in the topic while pursuing a doctorate in economic geography and international business and world trade. 2013.

Although operated by Muslims, Islamic finance is open to all faiths, he explained. And it’s thriving, not only in Muslim-majority countries but also in London, England, and in pockets of the United States where there are now 25 Islamic financial institutions.There was so little research into Islamic finance a decade ago that Chow, along with his dissertation adviser and principal investigator Jessie Poon, professor in the Department of Geography at UB, was awarded a $200,000 collaborative grant from the National Science Foundation. They split the grant with researchers at Texas A&M. Over three years, the group examined the nature of religious knowledge capital in Islamic finance in Malaysia and Bahrain and how this capital strengthens and legitimizes financial centers’ reputation.

Their research also shed light on how American banks and the cities that host them can become significant players in the global Islamic financial market.As hot as it has been in recent years, the trend may slow now that President Trump has clamped down on immigration from Muslim countries and Islamophobia has become more widespread.“I think with the current political climate, the Islamic finance industry here will be slightly affected. I say slightly because the majority of clients in the U.S. are still American Muslims,” he said. “However, for Islamic finance to experience significant growth, it needs non-Muslim patronage.“It’s a lost opportunity if we shy away from it. Islamic finance doesn’t just exist to benefit Muslims.”Overall, he said, in countries where Islamic finance is prevalent, employees and investors enjoy an added level of security, which is attractive after the financial crisis of 2008#8211;2009.

“It’s not without risk, but it does provide more financial security because there is less speculative activity and more social responsibility.”About Jeffrey ChowChow joined the Buffalo State Business Department faculty in 2013. He teaches such courses as International Marketing and International Business and Cross Cultural Training. Along with earning his doctorate from UB, he also received his master’s in financial economics and his bachelor’s in business administration with a concentration in corporate finance and marketing. Chow’s areas of expertise include the development of international financial centers, including capacity building and human capital development.