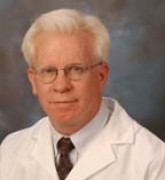 Newswise — Exposure to specific antibiotics is linked to the development of certain strains of antibiotic-resistant C. difficile, one of the fastest growing bacteria superbugs, according to a new study published by Stuart Johnson, MD, of Loyola University Health System (LUHS), Loyola University Chicago Stritch School of Medicine (SSOM) and the Hines VA Medical Hospital.

“This discovery takes us one step closer to preventing C. diff and supports targeting specific antibiotics for antibiotic stewardship monitoring programs in the setting of high infection rates due to specific strains of C. diff,” said Dr. Johnson, the lead author, who reported the findings of the retrospective C. diff case control study in Antimicrobial Agents and Chemotherapy.

C. diff has been associated with multiple healthcare facility outbreaks and high national rates of C. difficile infection (CDI) since 2001 and now rivals Methicillin-resistant staphylococcus aureus (MRSA) in both frequency and severity.

Several infectious diseases, including MRSA and C. diff, have become resistant to antibiotics. As a result, the medical community has deliberately reduced the routine practice of prescribing antibiotics for infectious diseases. There currently is not a highly effective prevention method for C. diff.

“Antibiotic exposure is arguably the most important risk factor for C. difficile infection (CDI),” Johnson wrote. “We know that antibiotics wipe out beneficial flora in the gut, making patients susceptible to a C. diff infection. The other role of antibiotics highlighted in our study is that overuse of specific antibiotics may facilitate infection due to C. diff strains that are highly resistant to those antibiotics.” Dr. Johnson and a team that included his longtime research partner, foremost C. diff expert Dale Gerding, MD, LUHS, SSOM, identified 143 patients with first episode CDI between 2005 and 2007 in one U.S. hospital at a time when increased CDI rates and severity were noted nation-wide. Of those 103 patients, or 72 percent, were infected with the BI/NAP1/027 C. diff strain, which is highly resistant to fluoroquinolones and macrolides.

Most patients received multiple antibiotics within six weeks of being diagnosed with CDI. Fluoroquinolone and macrolide exposure was more frequent in patients with B1 strains, and the C. difficile bacteria recovered from the stool specimens of these BI-infected patients also showed high-level resistance to these antibiotics.

According to the Centers for Disease Control, more than 29,000 C-diff-related deaths occur in the United States each year. C. difficile infections are found in hospitals, clinics, nursing homes and other medical facilities. The C. diff bug causes inflammation in the colon. Symptoms of infection include frequent bouts of diarrhea, abdominal pain, loss of appetite, fever and nausea. The infections are commonly treated with specific antibiotics. The infection returns in around 20 percent of cases, due in large part to ongoing disruption of the gut flora by antibiotics, both the antibiotics that precipitated the C. diff infection in the first place and often the drugs used to treat C. diff.