Calcium Supplements May Damage the Heart 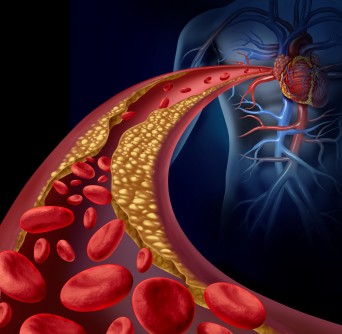 Newswise — After analyzing 10 years of medical tests on more than 2,700 people in a federally funded heart disease study, researchers at Johns Hopkins Medicine and elsewhere conclude that taking calcium in the form of supplements may raise the risk of plaque buildup in arteries and heart damage, although a diet high in calcium-rich foods appears be protective.

In a report on the research, published Oct. 10 in the Journal of the American Heart Association, the researchers caution that their work only documents an association between calcium supplements and atherosclerosis, and does not prove cause and effect.

But they say the results add to growing scientific concerns about the potential harms of supplements, and they urge a consultation with a knowledgeable physician before using calcium supplements. An estimated 43 percent of American adult men and women take a supplement that includes calcium, according the National Institutes of Health.

"When it comes to using vitamin and mineral supplements, particularly calcium supplements being taken for bone health, many Americans think that more is always better," says Erin Michos, M.D., M.H.S., associate director of preventive cardiology and associate professor of medicine at the Ciccarone Center for the Prevention of Heart Disease at the Johns Hopkins University School of Medicine. "But our study adds to the body of evidence that excess calcium in the form of supplements may harm the heart and vascular system."

The researchers were motivated to look at the effects of calcium on the heart and vascular system because studies already showed that "ingested calcium supplements -- particularly in older people -- don't make it to the skeleton or get completely excreted in the urine, so they must be accumulating in the body's soft tissues," says nutritionist John Anderson, Ph.D., professor emeritus of nutrition at the University of North Carolina at Chapel Hill's Gillings School of Global Public Health and a co-author of the report. Scientists also knew that as a person ages, calcium-based plaque builds up in the body's main blood vessel, the aorta and other arteries, impeding blood flow and increasing the risk of heart attack.

The investigators looked at detailed information from the Multi-Ethnic Study of Atherosclerosis, a long-running research project funded by the National Heart, Lung, and Blood Institute, which included more than 6,000 people seen at six research universities, including Johns Hopkins. Their study focused on 2,742 of these participants who completed dietary questionnaires and two CT scans spanning 10 years apart.

The participants chosen for this study ranged in age from 45 to 84, and 51 percent were female. Forty-one percent were white, 26 percent were African-American, 22 percent were Hispanic and 12 percent were Chinese. At the study's onset in 2000, all participants answered a 120-part questionnaire about their dietary habits to determine how much calcium they took in by eating dairy products; leafy greens; calcium-enriched foods, like cereals; and other calcium-rich foods. Separately, the researchers inventoried what drugs and supplements each participant took on a daily basis. The investigators used cardiac CT scans to measure participants' coronary artery calcium scores, a measure of calcification in the heart's arteries and a marker of heart disease risk when the score is above zero. Initially, 1,175 participants showed plaque in their heart arteries. The coronary artery calcium tests were repeated 10 years later to assess newly developing or worsening coronary heart disease.

For the analysis, the researchers first split the participants into five groups based on their total calcium intake, including both calcium supplements and dietary calcium. After adjusting the data for age, sex, race, exercise, smoking, income, education, weight, smoking, drinking, blood pressure, blood sugar and family medical history, the researchers separated out 20 percent of participants with the highest total calcium intake, which was greater than 1,400 milligrams of calcium a day. That group was found to be on average 27 percent less likely than the 20 percent of participants with the lowest calcium intake -- less than 400 milligrams of daily calcium -- to develop heart disease, as indicated by their coronary artery calcium test.

The researchers again accounted for the same demographic and lifestyle factors that could influence heart disease risk, as in the previous analysis, and found that supplement users showed a 22 percent increased likelihood of having their coronary artery calcium scores rise higher than zero over the decade, indicating development of heart disease.

"There is clearly something different in how the body uses and responds to supplements versus intake through diet that makes it riskier," says Anderson. "It could be that supplements contain calcium salts, or it could be from taking a large dose all at once that the body is unable to process."

Among participants with highest dietary intake of calcium -- over 1,022 milligrams per day -- there was no increase in relative risk of developing heart disease over the 10-year study period.

"Based on this evidence, we can tell our patients that there doesn't seem to be any harm in eating a heart-healthy diet that includes calcium-rich foods, and it may even be beneficial for the heart," says Michos. "But patients should really discuss any plan to take calcium supplements with their doctor to sort out a proper dosage or whether they even need them."

According to the U.S. Centers for Disease Control and Prevention, coronary heart disease kills over 370,000 people each year in the U.S. More than half of women over 60 take calcium supplements -- many without the oversight of a physician -- because they believe it will reduce their risk of osteoporosis.

Other authors on the study included Bridget Kruszka and Joseph Delaney of the University of Washington, Ka He of Indiana University, Gregory Burke of Wake Forest University, Alvaro Alonso of Emory University, Diane Bild of the Patient-Centered Outcomes Research Institute and Matthew Budoff of UCLA Medical Center.