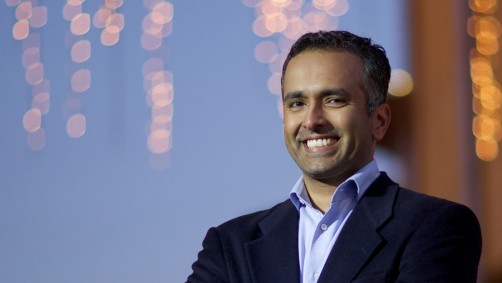 Newswise — RIVERSIDE, Calif. – The White House is no longer the most dynamic actor when it comes to policy innovation on immigration, and California is leading the way in creating what amounts to a de-facto system of state citizenship, according to researchers at the University of California, Riverside.

In the latest installment of Policy Matters, a publication of the UC Riverside School of Public Policy, researchers Karthick Ramakrishnan and Allan Colbern argue that some of the most important developments in immigration policy are now occurring at the state level. Ramakrishnan is a professor of political science and public policy, and is associate dean of the School of Public Policy. Colbern is a Ph.D. candidate in political science.

“From 2005 until about 2012, most state laws on immigration were restrictive in nature and focused on immigration enforcement and limitations on employment and housing,” Ramakrishnan notes.

Since 2012, however, momentum has shifted away from these restrictive laws, thanks to a series of developments involving the U.S. Supreme Court, presidential politics, and organizations and foundations focused on immigrant integration.

In the report, “The California Package: Immigrant Integration and the Evolving Nature of State Citizenship,” Ramakrishnan and Colbern examine a growing number of state laws that push toward greater immigrant integration, on matters ranging from in-state tuition and financial aid to undocumented students, to expanded health benefits and access to driver’s licenses.

They also draw particular attention to California, which has gone the furthest in terms of the number of pro-integration laws passed since 2000, and in their collective scope. In many instances, California’s law also serves as a leading indicator of policies that get adopted elsewhere. As the authors argue, California’s laws have accumulated over several years, and now form a powerful package of pro-integration policies, the polar opposite of the “Arizona package” of immigration restriction.

Importantly, the authors note that this “California Package” of de-facto state citizenship for immigrant residents will likely get even more robust in 2015, as the state Legislature has proposed 10 laws to deepen immigrant integration, and looks poised to pass most of those provisions. Thus, while Congress remains unable to act on immigration reform, California continues to lead, pointing the way for other states who wish to pursue policies of immigrant integration.

“(T)he entry of states and localities into more robust forms of immigrant integration and exclusion is not merely a blip,” the researchers conclude. “It has staying power, even in the event that comprehensive immigration reform is passed at the national level, with potentially significant implications for the lives and livelihoods of immigrants, on labor markets, and state/local economies more generally.”