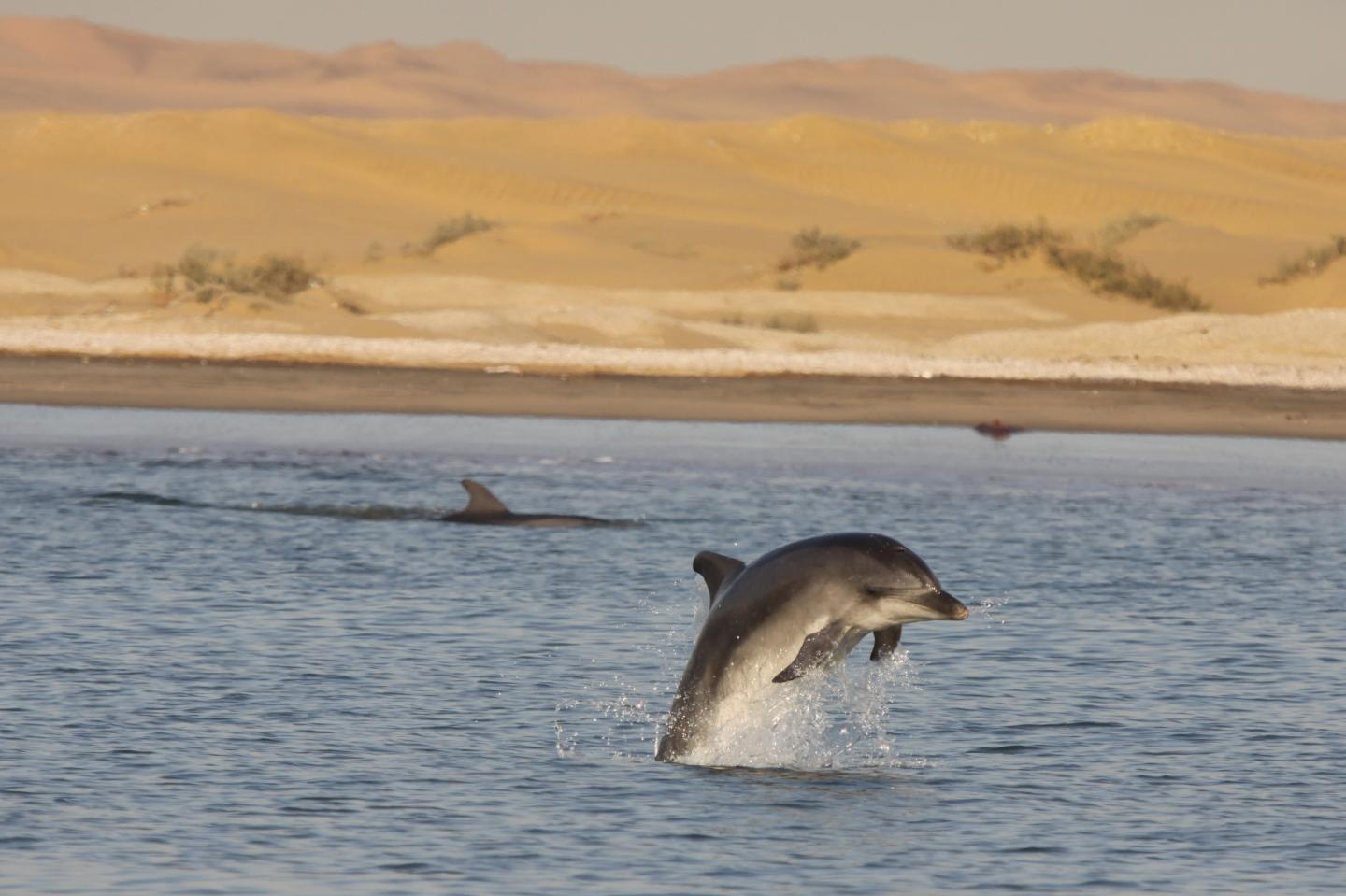 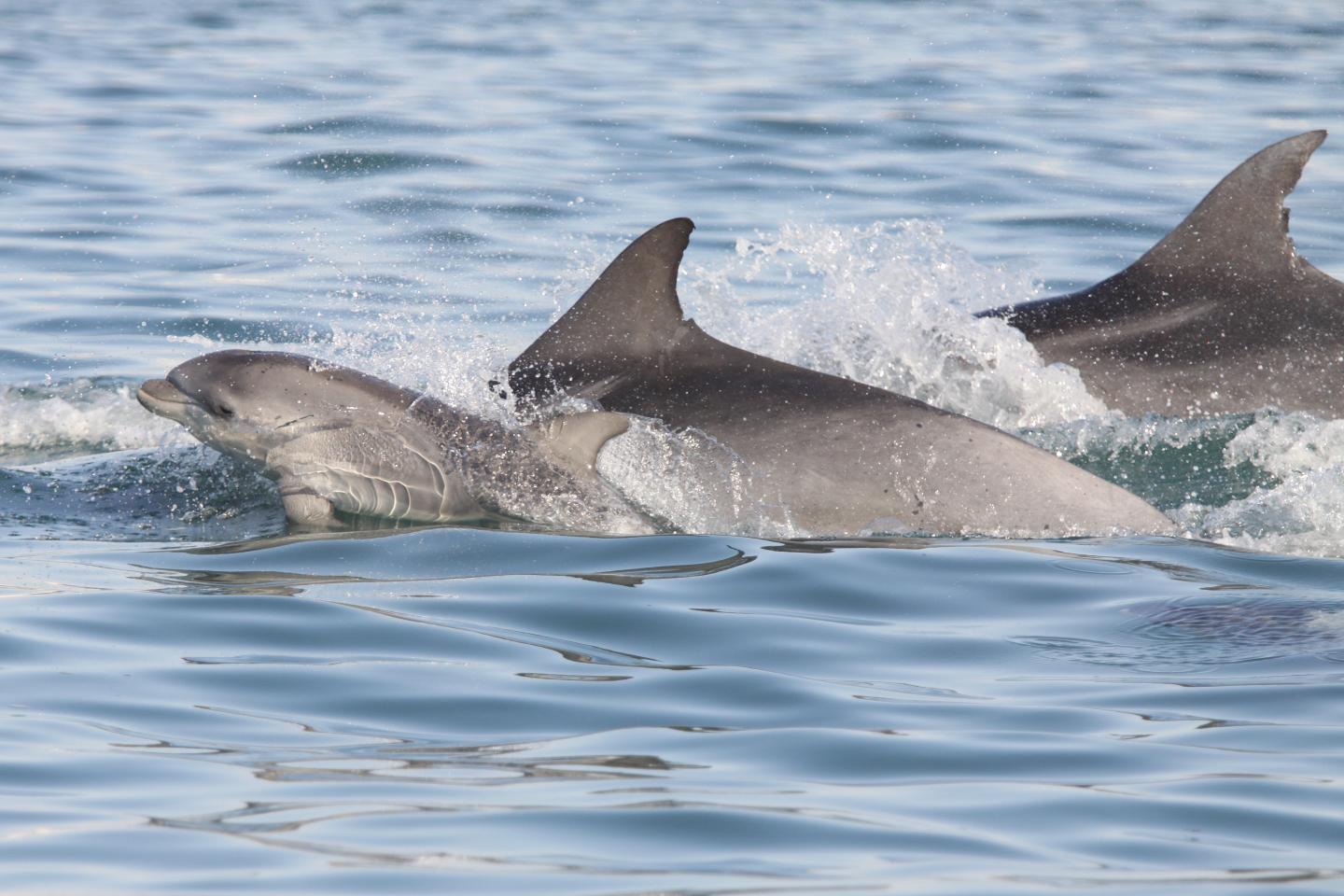 Newswise — An international team of scientists has succeeded in using the signature whistles of individual bottlenose dolphins to estimate the size of the population and track their movement.

The research, led by Stellenbosch University and the University of Plymouth, marks the first time that acoustic monitoring has been used in place of photographs to generate abundance estimates of dolphin populations.

Writing in the Journal of Mammalogy, researchers say they are excited by the positive results yielded by the method, as the number of dolphins estimated was almost exactly the same as estimated through the more traditional photographic mark-recapture method.

They are now working to refine the technique, in the hope it can be used to track other species - with a current focus on endangered species such as humpback dolphins.

Quicker information processing and advances in statistical analysis mean in the future that automated detection of individually distinctive calls could be possible. This can generate important information on individual animals and would be particularly useful for small, threatened populations where every individual counts.

"The capture-recapture of individually distinctive signature whistles has not been attempted before," says the paper's senior author Dr Tess Gridley, Co-Director of Sea Search and the Namibian Dolphin Project and a postdoctoral fellow in the Department of Botany and Zoology at SU. "The dolphins use these sounds throughout life and each has its own unique whistle. Therefore, by recording signature whistles over time and in different places we can calculate where animals are moving to and how many animals there are in a population."

Working with Dr Simon Elwen of Stellenbosch University, the Namibian Dolphin Project has been researching Namibia's resident bottlenose dolphins for the past 12 years, and built up a catalogue of more than 55 signature whistles dating back to 2009.

This particular study was led by Emma Longden, who began the project during her BSc (Hons) Marine Biology degree at the University of Plymouth. As an undergraduate, Emma completed an internship with the Namibia Dolphin Project for a month in 2016, and returned again in 2018 to complete work on the mark-recapture project.

She analysed more than 4000 hours of acoustic data from four hydrophones positioned along the coast south and north of Walvis Bay, Namibia, during the first six months of 2016.

"One of the great things about bioacoustics is that you can leave a hydrophone in the water for weeks at a time and collect so much data without interfering with the lives of the animals you are studying," says Emma, whose work on the project was also supervised by Dr Clare Embling, Associate Professor of Marine Ecology at the University of Plymouth.

Dr Embling added: "This work is incredibly important as it allows us to track and count the number of dolphins in small vulnerable populations. It builds on our previous research looking at the impacts of noise on marine organisms and monitoring vulnerable marine mammal populations. It also showcases the fantastic level of research that our marine biology students are able to achieve, and the opportunities available to them through our partnerships with conservation organisations such as the Namibia Dolphin Project and the Ocean Giants Trust."

Future research includes the work undertaken by PhD student Sasha Dines from Stellenbosch University to further refine the technique to better understand the population of endangered humpback dolphins in South Africa. Another PhD student, Jack Fearey from the University of Cape Town, is continuing to conduct research along the Namibian Coast.

Caption: The Namibian Dolphin Project has built up a catalogue of more than 55 signature whistles dating back to 2009