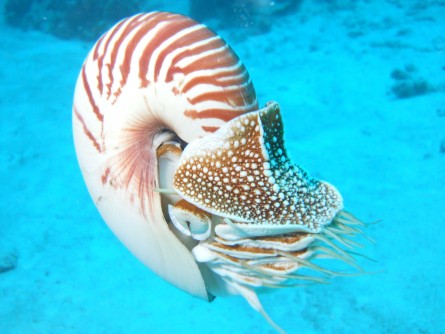 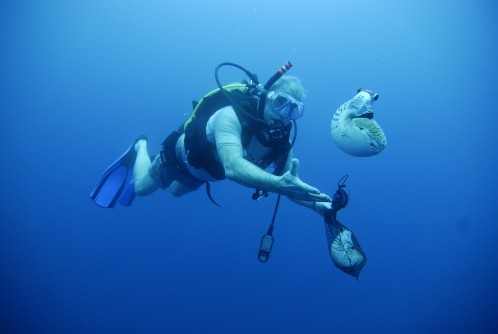 Newswise — An internationally renowned palaeontologist, who has recently joined the University of Adelaide, is calling for a global ban on the trade of the highly sought-after Nautilus seashell.

Peter Ward, new Professor in the University’s Sprigg Geobiology Centre, has just returned from the Philippines where he discovered the Nautilus was close to extinction at sites known for Nautilus fishing.

Professor Ward is taking his findings from the Philippines and other expeditions to a meeting in Washington DC next week of the US Fish and Wildlife Service. This meeting will determine US policy on Nautilus trade before the next round of the Convention on International Trade in Endangered Species of Wild Fauna and Flora (CITES).

“The Nautilus situation we found in the Philippines was mind-boggling,” says Professor Ward. “The Philippines have been at the centre of Nautilus fishing for decades. Now it is just about extinct there. And it is not just Nautilus. In the same environments we found almost no larger fish at all where there should be large schools of many different species.”

Nautilus − often called “living fossils” because they have survived relatively unchanged for millions of years − live at the bottom of the sea at depths of 100-600 metres in deep reefs in the Indo-Pacific region, including Australia.

Desired for their beautiful shells, they are heavily fished and traded internationally ̶ commonly seen on websites like eBay for as much as AU$200, depending on size.

“We know that the largest Nautilus in the world come from WA, and we are seeing them being sold on eBay even though there is supposed to be regulation in Australia,” says Professor Ward. “There is good reason for concern about WA deep reefs.”

Over the past four years, Professor Ward has conducted a census of Nautilus using special underwater technology developed at University of Queensland. Professor Ward has studied Nautilus populations at the Great Barrier Reef, Fiji, American Samoa and the central Philippine Islands.

“We found Nautilus at rates of 10-15 per square kilometre in the Great Barrier Reef, but in the Philippines they were 100-200 times more rare than that ̶ virtually extinct in the Bohol Strait and completely gone, as far as we could see, from three other classic fishing locations.

“Nautilus is the ‘canary in the coalmine’ of the deep reef environment,” he says. “It tells us about the health of our deeper reefs where little ecological study is done. When Nautilus isn’t there, we know that the other fish at those depths are also at risk from overfishing or other environmental factors. We cannot rule out high acidity and warming of these formerly cool, deep waters caused by climate change, and from rising levels of silt caused by nearby deforestation.”

Professor Ward is best known globally for his work and theories on the mass extinctions of Earth’s history.“Nautilus has survived every single mass extinction event that’s been thrown at it over half a billion years, now it’s being wiped out by humans to sit on a bathroom shelf or as a pretty button on someone’s shirt,” he says. 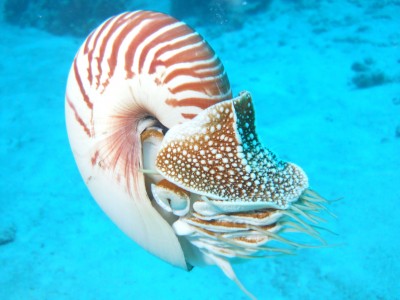 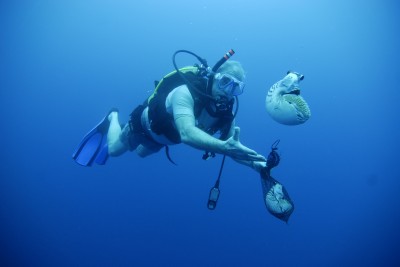