Can Entrepreneurial Ecosystems Save Our Cities?

7-Feb-2019 9:00 AM EST, by University of Virginia Darden School of Business
favorite_border 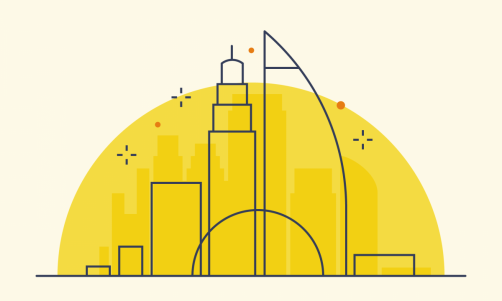 By Mike Lenox and Sean Carr

Newswise — A new project at UVA Darden, called CIT.ee, or Cities Innovating Tomorrow’s Entrepreneurial Ecosystems, seeks to answer a host of long-running questions on developing entrepreneurial communities in small to midsize cities. What factors drive their emergence? How does one sustain growth, rather than succumb to a boom and bust cycle? And how does a community deal with the consequences of suddenly being a rich environment for venture creation?

Supported by Darden’s Batten Institute for Entrepreneurship and Innovation and directed by Professor Mike Lenox, the project is a collaboration among professors from Darden; partner universities, including the University of Colorado and Babson University; and Jayson White, co-author with four-term Oklahoma City Mayor Mick Cornett of the book The Next American City: The Big Promise of Our Midsize Metros.

FROM BOOM TO BUST TO BOOM?

Lenox comes to the issue of developing sustainable entrepreneurial ecosystems with personal context. He grew up in Trenton, New Jersey, which never recovered from the decimation of its once-booming industrial manufacturing base. He will help lead a roundtable discussion in early 2019 with mayors from midsize cities across the country, as the CIT.ee initiative seeks to isolate what is working and identify how to address common pain points.

“There are lots of industrial cities that have the same pattern: They once were entrepreneurial hot beds and eventually evolved to where they struggled economically,” said Lenox. “How do you avoid that fate?”

Lenox said one often overlooked factor in the rise and fall of cities could be the natural life cycle of entrepreneurial dynamism.

“If you look at technology, there are these predictable life cycles we see across industries, and they have interesting patterns. Early in a new technology, you get massive entry with lots of different ventures entering into these spaces, and then there is a shakeout,” Lenox said, citing the boom and bust of automobile-dependent Detroit as an example. “What I wonder is if those same dynamics might help explain the ebb and demise of certain cities.”

As a larger-than-life example, Lenox noted that the region most identified with growth via entrepreneurship, Silicon Valley, is on arguably its fourth life cycle, with the dominant industry passing from the U.S. military to microprocessors to software to internet and social media companies. The shakeout or demise doesn’t have to be the end of the evolution.

Although sustained resilience like Silicon Valley’s is the outlier, many midsize cities that fell on hard times are well into the comeback stage. Pittsburgh is considered a leader in health care, artificial intelligence and leading-edge engineering startups, for example.

The CIT.ee project does not aim to determine how a city becomes the next Silicon Valley, according to Batten Institute Executive Director Sean Carr. Lessons from outlier innovation hubs are not particularly useful. Instead, the Batten Institute is researching cities of roughly equal size to compare their entrepreneurial trajectories and potential.

The project goes further by considering the consequences of a community’s entrepreneurial success for all stakeholders — from widening income gaps and housing costs to crowded streets and schools. It’s the “be careful what you wish for” aspect of creating a booming microclimate for venture creation, and cities working toward such success should be prepared for the challenges it can bring.

“We’re interested in understanding how the unique endowments of small- and medium-sized cities make them more or less likely to cultivate a culture of entrepreneurial action,” Carr said. “Perhaps more importantly, we will be questioning whether entrepreneurial activity allows these communities to prosper.”

Those tools were recently provided to policymakers in Virginia, who asked the Batten Institute for help in the state’s selection of regional “opportunity zone” designations from the federal government. The designation offers investors tax incentives on investments made in certain census tracts, potentially attracting capital to investment-starved regions.

CIT.ee researchers devised what they called an Entrepreneurial Readiness Index across the state, measuring more than 20 components of entrepreneurial potential, from the percentage of the population with a high school diploma to the number of breweries and wineries within 10 miles.

“There are multiple forces at play that likely drive a community to be more entrepreneurial than others,” Lenox said. He cites proximity to a research university, a highly educated workforce and access to early stage capital as three foundational factors. “More broadly, there is a general sense that vibrant entrepreneurial ecosystems have a strong community and network of people who are able to support one another as they pursue their ventures, which is interesting because you have to get started before it even exists.”

THE FUTURE OF ECOSYSTEM BUILDING

The CIT.ee project seeks to determine the degree to which various interventions, which could be anything from a professional sports stadium to venture incubators and accelerators, aid in catalyzing those natural advantages.
“It’s tricky to see when they work and when they don’t, but that’s part of what we are going to try to unpack, the role of interventions like incubators,” Lenox said. “They are all the rage, but how much do they actually impact the lives of entrepreneurial ecosystems? Clearly, they are helpful and they are influential, but are they enough?”

As the CIT.ee project continues to produce a body of accessible insights and actionable tactics, there’s likely to be a receptive audience in scores of small and midsize cities across the U.S., hungry for guideposts on the path forward.