Can Math Help Explain Our Bodies – and Our Diseases?

New model aims to combine the ‘beauty’ of mathematics with biology, to set the stage for future discovery 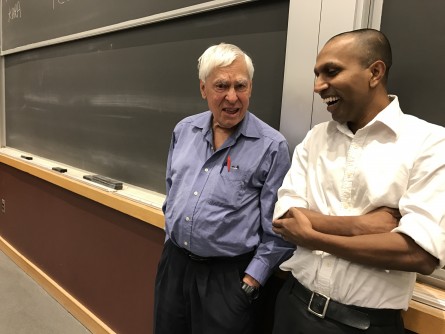 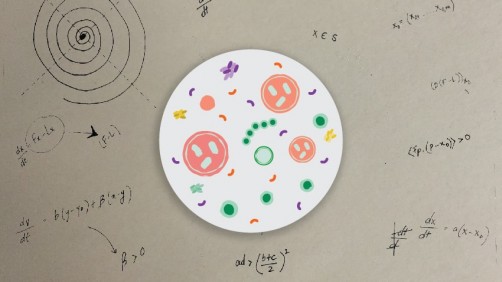 Can math be used to help us understand how genes give rise to proteins, cells and tissues - and how disease arises? (Illustration)

Newswise — ANN ARBOR, MI – What makes a cluster of cells become a liver, or a muscle? How do our genes give rise to proteins, proteins to cells, and cells to tissues and organs?

The incredible complexity of how these biological systems interact boggles the mind – and drives the work of biomedical scientists around the world.

But a pair of mathematicians has introduced a new way of thinking about these concepts that may help set the stage for better understanding of our bodies and other living things.

Writing in Proceedings of the National Academy of Sciences, the pair from the University of Michigan Medical School and University of California, Berkeley introduce a framework for using math to understand how genetic information and interactions between cells give rise to the actual function of a particular type of tissue.

They note it’s a highly idealized framework – not one that takes into account every detail of this process, called ‘emergence of function.’

But by stepping back and making a simplified model based on mathematics, they hope to create a basis for scientists to understand the changes that happen over time within and between cells to make living tissues possible. It could also help with understanding of how diseases such as cancer can arise when things don’t go as planned.

“All the time, this process is happening in our bodies, as cells are dying and arising, and yet they keep the function of the tissue going,” says Rajapakse. “We need to use beautiful mathematics and beautiful biology together to understand the beauty of a tissue.”

For the new work, they even hearken back to the work of Alan Turing, the pioneering British mathematician famous for his “Turing machine” computer that cracked Nazi codes during World War II.

Toward the end of his life, Turing began looking at the mathematical underpinnings of morphogenesis – the process that allows natural patterns such as a zebra’s stripes to develop as a living thing grows from an embryo to an adult.

“Our approach adapts Turing’s technique, combining genome dynamics within the cell and the diffusion dynamics between cells,” says Rajapakse, who leads the U-M 4D+ Genome Lab in the Department of Computational Medicine and Bioinformatics.

His team of biologists and engineers conduct experiments that capture human genome dynamics in three dimensions using biochemical methods and high resolution imaging. Rajapakse also holds an appointment in the U-M Department of Mathematics, part of the College of Literature, Science and the Arts.

Bringing math and the genome together

Smale, who retired from Berkeley but is still active in research, is considered a pioneer of modeling dynamical systems – those that change over time and in space. He won the highest prize in mathematics, the Fields Medal, in 1966.

Several years ago, Rajapakse approached him during a visit to U-M, where Smale earned his undergraduate and graduate degrees. They began exploring how to study the human genome – the set of genes in an organisms DNA -- as a dynamical system.

They based their work on the idea that while the genes of an organism remain the same throughout life, how cells use them does not.

Last spring, they published a paper that lays a mathematical foundation for gene regulation – the process that governs how often and when genes get “read” by cells in order to make proteins.

“Neither Turing nor Steve Smale, when we began our work, knew about the genome,” being classically trained mathematicians, says Rajapakse. “But using mathematical techniques, we can study the natural dynamics of the genomes of groups of cells as they develop and interact with one another, forming networks.”

Instead of the nodes of those networks being static, as Turing assumed, the new work sees them as dynamical systems. The genes may be “hardwired” into the cell, but how they are expressed depends on factors such as epigenetic tags added as a result of environmental factors, and more.

As a result of his work with Smale, Rajapakse now has funding from the Defense Advanced Research Projects Agency, or DARPA, to keep exploring the issue of emergence of function – including what happens when the process changes.

Cancer, for instance, arises from a cell development and proliferation cycle gone awry. And the process by which induced pluripotent stem cells are made in a lab – essentially turning back the clock on a cell type so that it regains the ability to become other cell types – is another example.

Rajapakse aims to use data from real-world genome and cell biology experiments in his lab to inform future work, focused on cancer and cell reprogramming. This work will also include collaborations with fellow members of the U-M Translational Oncology Program and Thomas Ried, M.D. at the National Cancer Institute, with the goal of using mathematics to look at the latest products of basic research on cancer.

He’s also organizing a gathering of mathematicians from around the world to look at computational biology and the genome this summer in Barcelona.

“The cell cycle is the most precise, beautiful thing,” Rajapakse says. “When we have a clear mathematical understanding, we can create computer models and further explore the beauty of us, explained through mathematics.” 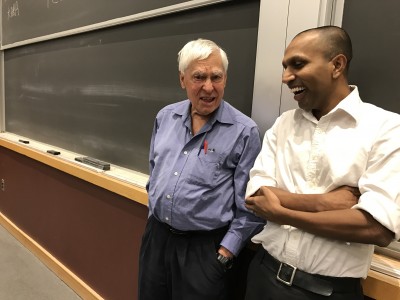 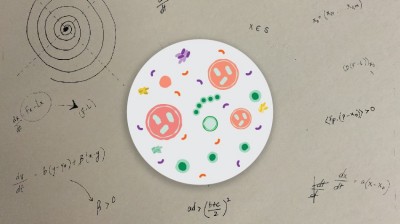 Caption: Can math be used to help us understand how genes give rise to proteins, cells and tissues - and how disease arises? (Illustration)