How smoking scenes in the movies contribute to teen smoking. 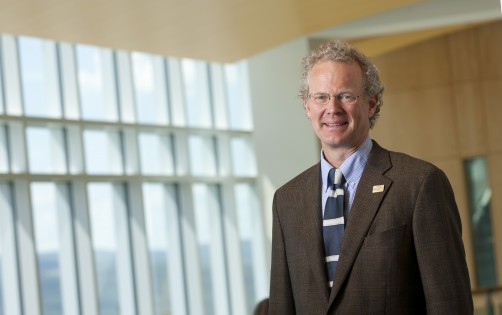 James Sargent, MD, is professor of Pediatrics and of Community and Family Medicine at Geisel School of Medicine at Dartmouth, and co-director of the Cancer Control Research Program at Norris Cotton Cancer Center. Dr. Sargent is an internationally recognized authority on the impact of mass media messaging on risky behavior in childhood and adolescence. He has written, published, and spoken throughout the United States and Europe on a range of prevention and behavior topics. His specific areas of investigation include the role of feature films on adolescent smoking, drinking, violence, and sexual activity. Sargent’s media lab at Dartmouth evaluates the content of feature films and television programing (including commercials) to quantify appearances of risky behavior and then measure the impact of exposure to these messages in vulnerable populations.

Jim Sargent’s work was influential in recommendations included in the 2012 Surgeon General’s Report entitled, “Preventing Tobacco Use among Youth and Young Adults,” which concluded that there is a causal relationship between depiction of smoking in movies and initiation of smoking among young people. Sargent’s work has been widely reported in the media, including coverage in the New York Times, The Atlantic, ABC News, Parent’s Magazine, and Time Magazine.

A board-certified pediatrician, Sargent received his Doctor of Medicine from Tufts University School of Medicine, Boston, MA, and completed a residency and fellowship in Pediatrics at Boston City Hospital, Boston, MA.

He is recipient of the 2011 C. Everett Koop M.D. Courage Award from The Geisel School of Medicine and a 2009 Special Achievement Award from the American Academy of Pediatrics for his pioneering work on studying the effects of lead exposure in infants and children and influence of media exposure on cigarette smoking on children and youth.