• In the KarMMa trial, ide-cel produces remissions in almost 75% of patients who had relapsed after several previous treatments • Response rates and patient survival are superior to that achieved by standard treatments for this group of patients • Trial results spur application for FDA approval of therapy for patients with relapsed/resistant myeloma 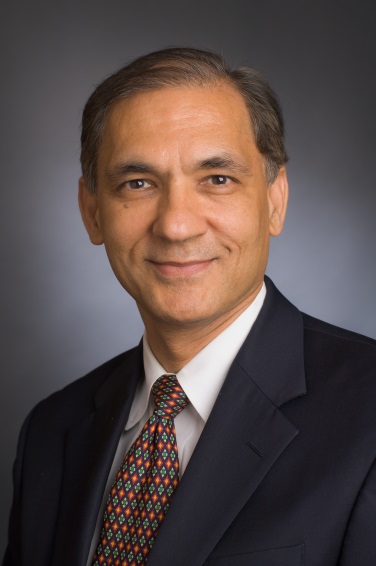 Newswise — In a major advance in the treatment of multiple myeloma, a CAR T-cell therapy has generated deep, sustained remissions in patients who had relapsed from several previous therapies, an international clinical trial has found.

In a study posted online today by the New England Journal of Medicine, trial leaders report that almost 75% of the participants responded to the therapy, known as idecabtagene vicleucel (ide-cel), and one-third of them had a complete response, or disappearance of all signs of their cancer. These rates, and the duration of the responses, are significantly better than those produced by currently available therapies for patients with multiple relapses, according to investigators.

Based on these results, an application has been submitted to the Food and Drug Administration for approval of ide-cel as a standard therapy for patients with relapsed or treatment-resistant myeloma. A decision on the application is expected by the end of March 2021.

“Despite numerous advances in the treatment of multiple myeloma, relapses are common. Patients whose disease continues to worsen after receiving standard therapy have relatively few treatment options that provide high response rates,” says Nikhil Munshi, MD, of Dana-Farber Cancer Institute, who led the trial. “The results of this trial represent a true turning point in the treatment of this disease. In my 30 years of treating myeloma, I have not seen any other therapy as effective in this group of patients.”

Multiple myeloma is a cancer of plasma cells, which are white blood cells responsible for making antibodies against invasive germs. The disease is diagnosed in about 35,000 people in the United States each year, making it the second-most common blood cancer in adults. Among African Americans, it is the most common blood cancer.

Standard treatment for myeloma includes three main classes of therapy: immunomodulatory drugs, proteasome inhibitors (which block the action of protein-degrading structures in cells), and anti-CD38 antibodies. Patients who exhaust these approaches are in urgent need of better treatments.

Like all CAR T-cell therapies, ide-cel is made by collecting patient’s immune system T cells and genetically modifying them to express a receptor for a protein on cancer cells. Infused back into the patient, the CAR T cells lock onto tumor cells and destroy them.

The target of ide-cel is a protein on myeloma cells called B-cell maturation antigen, or BCMA. BCMA has several advantages as a therapeutic target in myeloma, Munshi explained: It is expressed exclusively on plasma cells and in particularly large quantities on plasma-turned-myeloma cells; BCMA conducts signals important for myeloma cells’ growth and survival; and it is expressed in virtually all patients with the disease.

In the trial, a phase 2 study dubbed KarMMa, 128 patients with active myeloma after receiving at least three previous therapies were treated with a single dose of ide-cel (different doses were tested in different patients). At a median follow-up of 13.3 months, 73% of the patients had a response – a measurable reduction in their cancer – and 33% had a complete response or better. Within this latter group, 79% had no detectable myeloma. The median progression-free survival – the length of time after treatment that the disease didn’t worsen – was 8-9 months. Some of the patients have not relapsed more than two years after treatment.

These outcomes outshine those achieved by standard treatments for multiply-relapsed myeloma. Drugs such as selinexor, panobinostat, and isatuximab have a response rate of 25-30% and a progression-free survival of 3-4 months.

The most common side effects of treatment were low blood-cell counts and cytokine release syndrome, a frequent follow-on of CAR T-cell therapy in which the immune system generates an intensive inflammatory response. Clinicians have developed effective treatments for this condition.

The success of ide-cel in patients who had undergone several previous treatments has prompted investigators to launch trials of the therapy in patients in earlier stages of the disease.

The study was supported by Bluebird Bio and Bristol Myers Squibb.