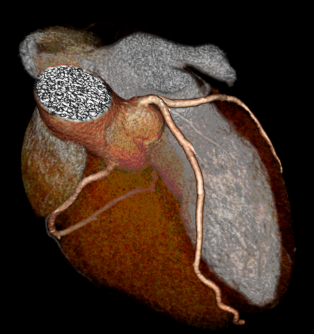 Newswise — LOS ANGELES — A cardiac imaging study led by Hossein Bahrami, MD, PhD, assistant professor of cardiovascular medicine at the Keck School of Medicine of the University of Southern California (USC), along with investigators from Johns Hopkins University and five other institutions, showed a correlation between higher inflammatory biomarkers and an increased prevalence of coronary artery disease (CAD) in men infected with human immunodeficiency virus (HIV). CAD is a narrowing of the arteries, likely due to the presence of calcified and non-calcified plaque. The findings were published in the Journal of the American Heart Association (JAHA) on June 27, 2016.

Researchers examined nearly 925 men, 575 of whom were infected with HIV, from the Multicenter AIDS Cohort Study. The researchers used computed tomography (CT) angiography to detect signs of subclinical CAD, such as narrowed arteries and the amount, density and calcification of plaque. Participants were also measured for the presence of seven inflammatory biomarkers. This study, which was funded by the National Institutes of Health (NIH), is the largest coronary CT scan imaging study on men infected with HIV to date.

“We found that men infected with HIV had higher levels of inflammatory biomarkers than men who were not infected,” said Bahrami. “There was a strong, independent association between the presence of these inflammatory biomarkers and subclinical CAD detected by CT scan. Although this study does not definitely prove the causal relationship between these markers and heart disease, it is suggestive of a possible role that persistent inflammation (even in HIV infected patients that are under appropriate treatments) may play in increasing the risk of heart disease in these patients.”

HIV-infected individuals are at an estimated twofold higher risk of CAD compared to those who are not infected with HIV. The development of antiretroviral therapy has significantly prolonged the lifespans of those living with HIV infection. However, they are more prone to chronic illness, such as cardiovascular disease and CAD, and they present at a younger age. These factors combined have made research into treating chronic illness in men with HIV all the more important.

The CT imaging was crucial to this study, as researchers were able to detect subclinical CAD in a younger population rather than waiting until participants exhibited clinical symptoms. Moreover, researchers were using a broader set of inflammatory markers than in past studies, which provides more information about inflammatory pathways involved and potential causes for inflammation.

“Inflammation has only recently been studied as a possible reason for chronic heart disease,” said Bahrami. “Confirming the relationship between HIV-related inflammation and the marked increase of CAD among men infected with HIV allows us to move forward in our attempts to better manage the health of these patients according to their specific medical needs.”

In ongoing research efforts at the Keck School, Bahrami and team are also using cardiac magnetic resonance imaging (MRI) to study the changes in heart muscle, as well as details of coronary artery function in men affected by HIV. This advanced form of imaging evaluates several features of the heart that could not be evaluated with cardiovascular CT scans. This ongoing project is significant, as HIV-infected patients appear to have even higher risk of abnormalities in the heart muscles compared to their increased risk of coronary artery disease. Bahrami’s research hopes to illuminate what causes HIV-related inflammation, as well as identify specific pathways involved and the best means of treatment or management of heart diseases in HIV patients.

ABOUT THE KECK SCHOOL OF MEDICINE OF USCFounded in 1885, the Keck School of Medicine of USC is among the nation’s leaders in innovative patient care, scientific discovery, education, and community service. It is part of Keck Medicine of USC, the University of Southern California's medical enterprise, one of only two university-owned academic medical centers in the Los Angeles area. This includes the Keck Medical Center of USC, composed of the Keck Hospital of USC and the USC Norris Cancer Hospital. The two world-class, USC-owned hospitals are staffed by more than 500 physicians who are faculty at the Keck School. The school today has more than 1,500 full-time faculty members and voluntary faculty of more than 2,400 physicians. These faculty direct the education of approximately 700 medical students and 1,000 students pursuing graduate and post-graduate degrees. The school trains more than 900 resident physicians in more than 50 specialty or subspecialty programs and is the largest educator of physicians practicing in Southern California. Together, the school's faculty and residents serve more than 1.5 million patients each year at Keck Hospital of USC and USC Norris Cancer Hospital, as well as USC-affiliated hospitals Children’s Hospital Los Angeles and Los Angeles County + USC Medical Center. Keck School faculty also conduct research and teach at several research centers and institutes, including the USC Norris Comprehensive Cancer Center, the Zilkha Neurogenetic Institute, the Eli and Edythe Broad Center for Stem Cell Research and Regenerative Medicine at USC, the USC Cardiovascular Thoracic Institute, the USC Roski Eye Institute and the USC Institute of Urology.

In 2016, U.S. News & World Report ranked Keck School of Medicine among the Top 40 medical schools in the country.

This research was supported by National Heart Lung and Blood Institute (NHLBI) under award number R01 HL 095129, with additional support from UL1 RR 025005 from the National Center for Advancing Translational Sciences (NCATS), part of the National Institutes of Health (NIH), and NIH Roadmap for Medical Research. Bahrami was supported in part by NHLBI grant 5K23HL 128164A and National Institute of Biomedical Imaging and Bioengineering (NIBIB) grant 5T32EB009035-06A1. Contents of this press release are solely the responsibility of the authors and do not necessarily represent the official view of the NIH.