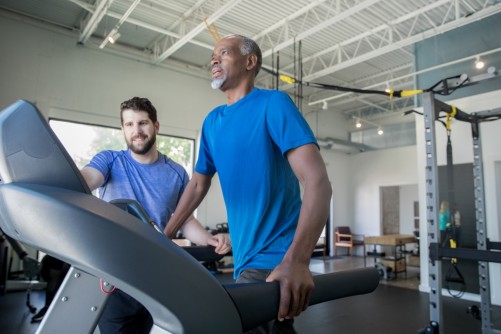 Cardiac rehabilitation is one of the most well-established interventions for improving a person’s quality of life after a major cardiac event such as heart attack or heart failure. 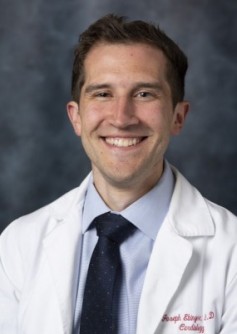 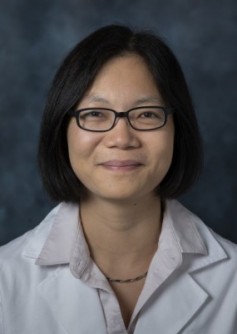 Newswise — LOS ANGELES (Sept. 8, 2022) -- Racial and ethnic minorities in Los Angeles County are more likely to live as far as or farther than five miles from a cardiac rehabilitation facility, according to a new study by investigators at the Smidt Heart Institute at Cedars-Sinai.

The disparity is greatest for Black people: They are almost three times more likely than white people to live at least five miles from a facility. The findings are published in the Journal of the American Heart Association.

Cardiac rehab is one of the most well-established interventions for improving a person’s quality of life after a major cardiac event such as heart attack or heart failure. These new findings give doctors a better understanding of why some patients may not access cardiac rehab, even when it is recommended or prescribed.

“We know from prior research that in rural communities, distance to a cardiac rehab facility makes it hard for people to gain access. We now see that being far from cardiac rehab is not just a problem for people living in rural areas, it’s a problem even for people living in urban areas,” said Joseph E. Ebinger, MD, a clinical cardiologist, director of Clinical Analytics at the Smidt Heart Institute and first and co-corresponding author of the study.

This study offers some reasons behind historical data showing that most people eligible for cardiac rehab do not end up enrolling in a program. Enrollment rates are especially low among racial and ethnic minority groups and people of lower socioeconomic status. The U.S. Centers for Disease Control and Prevention (CDC) reports that cardiac rehab can prevent additional heart problems and has many health benefits in both the short and long term, including:

For this study, investigators identified active cardiac rehab facilities available in L.A. County in 2020. They then linked facility locations with census-reported demographic and socioeconomic characteristics of communities in L.A. County, such as average household income. They also calculated the share of residents per community who live five miles or more from a cardiac rehab facility. The range of five miles was chosen because prior research has shown that this threshold distance can make it difficult for people to access cardiac rehab.

Although 85% of people in L.A. County live within five miles of a cardiac rehab facility, investigators found that facilities were clustered in areas predominantly populated by people who are white or Asian and whose annual household incomes exceed $60,000.

The San Fernando Valley and metro L.A. each had seven rehab facilities. There were no facilities in the Antelope Valley or the South L.A. communities of Athens, Compton, Crenshaw, Florence, Hyde Park, Lynwood, Paramount and Watts.

Because the study only included data from L.A. County, additional studies are needed to understand access to cardiac rehab locations in other geographic locations, according to the investigators.

More analyses are needed to determine where facilities should be ideally located to address inequities in access, according to Susan Cheng, MD, MPH, director of the Institute for Research on Healthy Aging in the Department of Cardiology at the Smidt Heart Institute and senior and co-corresponding author of the study.

“We hope that results from studies like this one can offer key insights for policymakers who could decide to provide incentives to the healthcare industry to open cardiac rehab facilities in communities that lack them,” said Cheng, who is also the Erika J. Glazer Chair in Women's Cardiovascular Health and Population Science at Cedars-Sinai.

Read more on the Cedars-Sinai Blog: Exercise at Rehabilitation Center Is Key to Patient Recovery

Journal of the American Heart Association