Cardiologist Available to Speak on Safety of Pacemakers, Defibrillators in MRI 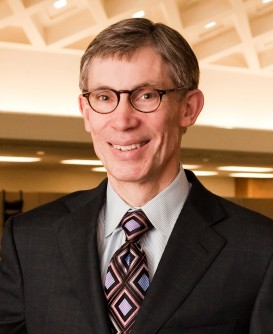 Robert Russo, M.D., Ph.D., is an adjunct professor at The Scripps Research Institute (TSRI) and director of The La Jolla Cardiovascular Research Institute. His latest research focuses on the risks associated with MRI scanning for patients with pacemakers and defibrillators.

Magnetic resonance imaging (MRI) is valuable diagnostic imaging tool that allows physicians to evaluate the brain, spine and extremities. Unfortunately, the presence of a pacemaker or implanted defibrillator has long been a contraindication to MRI due to safety concerns regarding heart muscle or cardiac device damage. Due to these concerns standard implanted cardiac devices have not been approved by the U.S. Food and Drug Administration for use in MRI (labelled as non-MRI-conditional).

Russo is taking a closer look at this problem. The MagnaSafe Registry is a new multicenter study led by scientists at TSRI, and Russo and his colleagues recently reported the results of the registry in The New England Journal of Medicine. They concluded that standard pacemakers and defibrillators can be safely used in MRI scanners when doctors use an MRI strength of 1.5 tesla and follow a specific protocol to screen and monitor patients and reprogram the device during the scan.

The clinical significance of the study is that access to MRI may be offered to the approximately 2 million patients in the United States, and an additional 6 million world wide, who may have an indication for scanning. This study also documents that it is not necessary for doctors to surgically remove a pacemaker or a defibrillator before MRI.