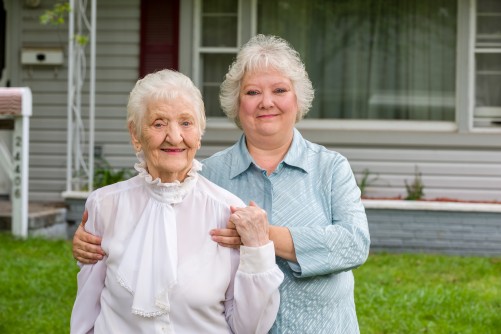 Genevieve Boguszewski, 87, (left) was considered too old for surgery but successfully had her aortic valve replaced with a TAVR procedure at the University of Michigan. 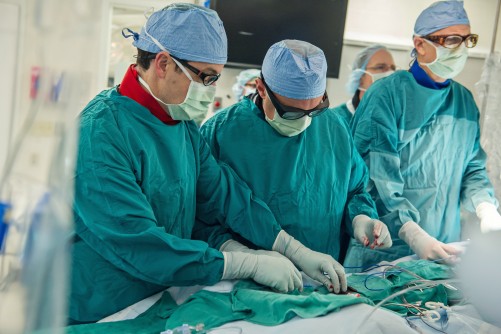 The University of Michigan Frankel Cardiovascular Center is a national leader in transcather aortic valve replacement.

The U-M is a national leader in TAVR treatment volume.

A variety of minimally invasive options are emerging to treat patients with narrowed, failing heart valves, called aortic stenosis. Typically an artificial valve is guided to the heart through an artery in the leg and wedged inside the bad one.

Research published in the New England Journal of Medicine and performed at the University of Michigan revealed more patients were alive after one year if they received a new transcatheter heart valve compared to patients who had traditional open heart surgery.

Deeb and Chetcuti helped author the study along with the U.S. CoreValve Clinical investigators.

The overall mortality rate at one year after valve replacement was 14.2 percent in patients receiving the CoreValve System, compared to 19.1 percent receiving surgery.

The U-M is one of 45 national sites to participate in the Medtronic CoreValve U.S. Pivotal Trial and is among the first in the United States to offer the CoreValve System.

In January, the U.S. Food and Drug Administration approved the CoreValve device for patients considered too sick for surgery. The recent study looked at another arm of the trial examining patients who could have valve replacement surgery but are at high risk for surgical complications.

The Edwards Sapien Transcatheter Heart Valve is also available to patients at the U-M and approved for two groups: patients who are ineligible for surgery and, beginning last fall, expanded to those at high surgical risk.

The University of Michigan is a destination for complex aortic care and specialists bring experience and a culture of collaboration to the U-M’s pursuit of cardiovascular innovations.

Watch to learn more about the TAVR program at the U-M Cardiovascular Center. 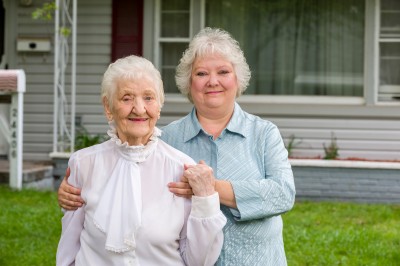 Caption: Genevieve Boguszewski, 87, (left) was considered too old for surgery but successfully had her aortic valve replaced with a TAVR procedure at the University of Michigan. 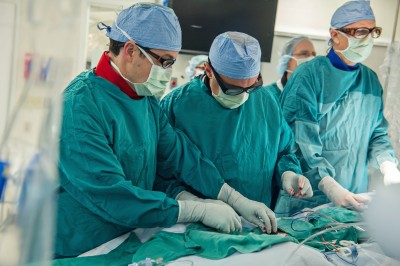