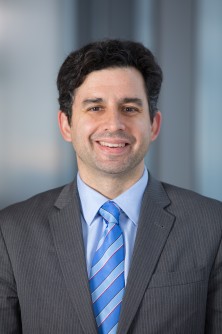 “Carl is an accomplished attorney with a distinguished professional record,” said Dr. Larry Goodman, CEO of the Rush system and Rush University Medical Center, who announced Bergetz’s appointment today. “He has served Rush with distinction, partnering with others to significantly improve services and responsiveness of the legal affairs office over the past five years. Additionally, his passion for Rush, our plans and our values made him the obvious choice for this important position as chief legal officer.”

“Carl has proven his ability to partner across Rush in ways that have meaningfully advanced the organization,” said Michael Dandorph, president of the Rush system and Rush University Medical Center. “As we plan for the expansion of the Rush system, we will be exploring innovative ways to partner and integrate with others. Carl’s experience, abilities and collaborative approach will undoubtedly position Rush for future success.”

Bergetz also will provide advice and counsel to Rush system management and to the System Board of Directors concerning compliance, conflicts of interest, and other legal matters to assist the system in complying with applicable legal and ethical standards.

Before coming to Rush, Bergetz worked in the Office of the Illinois Attorney General for six years, first as assistant attorney general, then as chief of the special litigation bureau.  In this latter role, he served as co-counsel in People of the State of Illinois v. Blagojevich, an action in the Illinois Supreme Court to have the governor of Illinois removed from office, and provided advice to state officials during subsequent impeachment proceedings. While with the attorney general’s office, Bergetz also drafted and advocated for legislation including amendments to the Illinois False Claims Act in 2010 and 2012 and the Illinois Procurement Code, Grant Funds Recovery Act, and Ethics Act in 2009.

He has authored numerous publications and presentations on law and policy and politics and popular culture.