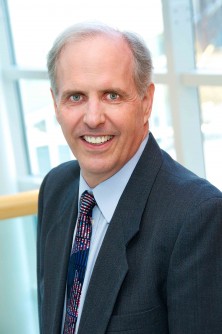 Newswise — Researchers from Case Western Reserve University School of Medicine are part of a five-university collaboration receiving a $12.6 million, four-year grant from the National Institute on Aging (NIA), part of the National Institutes of Health (NIH), to identify rare genetic variants that may either protect against, or contribute to Alzheimer’s disease risk.

CASA investigators will analyze whole exome and whole genome sequence data generated during the first phase of the NIH Alzheimer’s Disease Sequencing Program, an innovative collaboration that began in 2012 between NIA and the National Human Genome Research Institute (NHGRI), also part of NIH. They will analyze data from 6,000 volunteers with Alzheimer’s disease and 5,000 older individuals who do not have the disease. In addition, they will study genomic data from 111 large families with multiple members who have Alzheimer’s disease, mostly of Caucasian and Caribbean Hispanic descent to identify rare genetic variants.

“Illuminating the hidden genetic architecture of Alzheimer’s disease will help identify therapeutic targets, and reduce the economic and personal burdens this devastating disease inflicts,” Haines said. “Combining the latest in DNA sequencing technologies and computational methods represents an exciting approach toward solving the riddle of this disease.”

Alzheimer’s disease, a progressive neurodegenerative disorder, has become an epidemic that currently affects as many as five million people age 65 and older in the United States, with economic costs that are comparable to, if not greater than, caring for those of heart disease or cancer. Available drugs only marginally affect disease severity and progression. While there is no way to prevent this disease, the discovery of genetic risk factors for Alzheimer’s is bringing researchers closer to learning how the genes work together and may help identify the most effective interventions.

This effort is critical to accomplishing the genetic research goals outlined in the National Plan to Address Alzheimer’s Disease, first announced by the U.S. Department of Health and Human Services in May 2012 and updated annually. Developed under the National Alzheimer’s Project Act, the plan provides a framework for a coordinated and concentrated effort in research, care, and services for Alzheimer’s and related dementias. Its primary research goal is to prevent and effectively treat Alzheimer’s disease by 2025.

With the current award, CASA joins the NHGRI Large-Scale Sequencing and Analysis Centers program, an NIH-supported consortium that provides large-scale sequence datasets and analysis to the biomedical community. CASA researchers will facilitate the analyses of all Alzheimer’s Disease Sequencing Project (ADSP) and additional non-ADSP sequence data to detect protective and risk variants for Alzheimer’s disease.

“We are delighted to support the important research being accomplished under this broad-based, collaborative effort. A team effort is vital to advancing a deeper understanding of the genetic variants involved in this complex and devastating disease and to the shared goal of finding targets for effective interventions,” said NIH Director Francis Collins, MD, PhD.

“Research into Alzheimer’s disease is vitally important,” Case Western Reserve School of Medicine Dean Pamela Davis, MD, PhD, said “The more we can learn, the faster we can bring better treatments to patients and reduce human suffering. This collaborative project is a monumental step in that direction.”

This research is supported by the NIA grant UF1-AG047133.