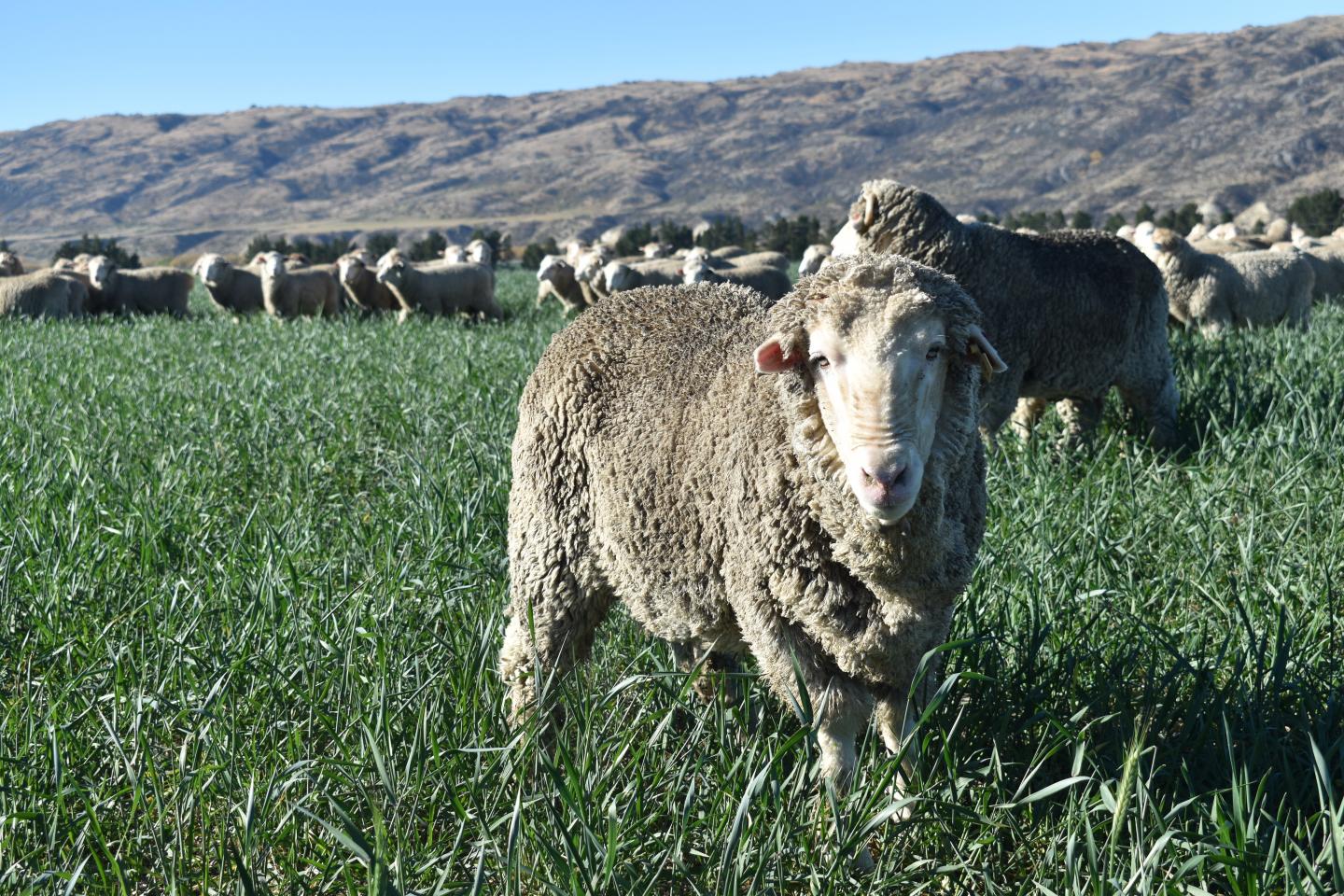 Newswise — Most of us are familiar with the fact that women live longer than men. But fellas, if we told you there was one thing that could be done to increase your lifespan, would you do it?

In a study published today in eLife , University of Otago researchers along with collaborators from the United States, have shown that castration of male sheep delays aging of DNA compared to intact males, and that it also drives feminine characteristics of DNA and the chemical tags it holds, known as DNA methylation.

"Both farmers and scientists have known for some time that castrated male sheep live on average much longer than their intact counterparts; however, this is the first time anyone has looked at DNA to see if it also ages slower," says first-author of the study, University of Otago Anatomy PhD student Victoria Sugrue.

In order to do this, the researchers first had to generate an 'epigenetic clock' from large numbers of sheep so they could measure DNA aging. They then looked at the epigenetic clock of castrated and intact males and found their 'ticking rate' is different; meaning that the longer lives of castrated sheep, or 'wethers' as they are referred to by farmers, is reflected in their DNA.

Underpinning this study is the rapid development of tools to study DNA aging. Recently it has become possible to estimate the age of humans and other mammals using only DNA and epigenetic clocks.

Inventor of the epigenetic clock and study co-author, Professor Steve Horvath, from the University of California in Los Angeles explains; "We developed a way to measure biological age in a broad range of mammals - we have looked at over 200 species so far and discovered surprising commonality in which animals age. But the sheep study was unique in that it specifically isolated the effects of male hormones on aging."

"We found that males and females have very different patterns of DNA aging in sheep; and that despite being male, the castrates (wethers) had very feminine characteristics at specific DNA sites.

"Interestingly, those sites most affected by castration also bind to receptors of male hormones in humans at a much greater rate than we would expect by chance. This provides a clear link between castration, male hormones and sex-specific differences in DNA aging," Dr Hore says.

To understand which tissues are strongly affected by hormone levels, the researchers looked at sex effects in mice. In tissues where the male hormone receptors are found (e.g. skin, kidney and brain) large differences between the DNA patterns in males and females was observed. In contrast, tissues without male hormone receptor expression looked the same in males and females.

"Most researchers use blood for measuring biological age, and we did this for sheep too; however, it was not blood but skin where we found sex-specific aging effects in the DNA of sheep. And this appeared to be also true for mouse where we had data from many tissues and in both males and females," Dr Hore adds.

In addition to stimulating further understanding about the role of male sex hormones in accelerating aging, the researchers hope their work will have wider implications. As the first epigenetic clock for sheep, it is possible this work will end up being used to help farmers determine which sheep are going to live longer (and be more productive), or identify meat claiming to be succulent New Zealand lamb, when it is really mutton.

This work was funded by University of Otago and the Paul G. Allen Frontiers Group. The funders had no role in study design, data collection and interpretation, or the decision to submit the work for publication. Research materials were provided by generous donation from the Central Otago farming community, Totovision Ltd, the University of Auckland and the South Australian Research and Development Institute.

SOMETHING TO PONDER: SHREK the famous NZ wether.

Arguably the most famous New Zealand sheep was "Shrek", the Central Otago merino who evaded musterers for 6 years and consequently grew a 27 kg fleece - many times larger than the average sheep. Shrek's discovery, and subsequent shearing, came with great media interest, national travel and even a visits to offshore icebergs and the New Zealand parliament.

It has long been speculated that the secret to Shrek's mammoth fleece and subsequent notoriety was his cunning ability to avoid capture and the fact he could survive cold alpine winters by sheltering in caves. But less appreciated is the fact that Shrek was a castrated male (wether), and ultimately lived to a grand age of 16.

"By the time Shrek was caught he was already 10 years old - roughly the maximum age of the most long-lived sheep on a commercial farm. I think at least part of Shrek's fame was simply that he lived so long - something which almost certainly wouldn't have happened if he was not castrated," Dr Hore says.