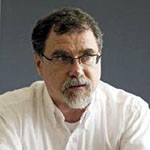 Daniel M. Bornstein, PhD, the Stella Koetter Darrow Professor in Catholic Studies in Arts & Sciences at Washington University in St. Louis, says that previous papal resignations were made for a variety of reasons, but none because of declining health.

“The possibility that John Paul II might resign because of failing health was much discussed in the last years of his pontificate,” says Bornstein, who is vice president of the American Catholic Historical Association and becomes president of that association in January 2014.

“He chose instead to remain in office, accepting his obvious pain and suffering as a cross he had been given to bear.

“One concern that weighed on him in reaching this decision was that there were no obvious precedents for such a step,” says Bornstein, noting that it had been nearly 600 years since the last pope resigned.

Bornstein, whose broad focus includes the role of religious life in late medieval and Renaissance Italy and who has translated several medieval texts, says the reason for previous popes abdicating vary considerably.

“Celestine V found the administrative obligations of the office an irritation and a distraction, decided that he wasn’t suited for the office – as he had told the college of cardinals when they informed him of his election – and simply quit,” says Bornstein of the pope who reigned for only five months and nine days in 1294.

“Some within the Catholic Church felt that it was not in his power to make such a decision: God, acting through the college of cardinals, had chosen him, and he could not refuse what God had ordained for him.

“As a result, groups such as the Spiritual Franciscans considered Celestine’s successor Boniface VIII and the popes who followed him to be illegitimate holders of that office.”

Bornstein, who holds a joint appointment in the Religious Studies Program and in the Department of History, says that other popes either resigned or were deposed to settle the confusion of the Great Schism (1378-1417) when two — and then after 1409, three — rivals claimed to be pope.

“Prior to that, in the 11th century, there was the scandalous case of Benedict IX, who was about 20 years old when he was elected pope in 1032,” Bornstein says.

“In 1045, an offer of 1,000 pounds of silver — and, some suggested, the possibility of getting married — persuaded him to resign his office in favor of his godfather, who became Pope Gregory VI.

“When Benedict regretted his decision and attempted to reclaim the papacy, that led to a brief but messy schism that was resolved by the intervention of the Holy Roman Emperor, Henry III.”

Bornstein says that Pope Benedict XVI’s resignation stands out as different from previous ones, but not simply because of his medical reasons.

“Previous resignations either resulted from or led to grave crises in leadership. I do not see either of those as a concern in this case,” Bornstein says.

As for who will succeed Pope Benedict, Bornstein says that is anyone’s guess.

“The college of cardinals can make some surprising choices. The election of John Paul II in 1978 was as completely unexpected as that of Celestine V in 1294. I will be very interested in seeing who is chosen pope to succeed Benedict, but making guesses about who that might be is a mug’s game,” he says.