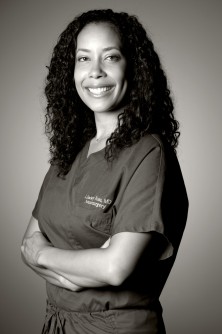 Cedars-Sinai resident neurosurgeon Lindsey Ross, MD, a member of the medical center’s Neurological Surgery Residency Program, has won a coveted position as a 2016-2017 White House Fellow. Starting this week, Ross will spend the next year in Washington working in the U.S. Department of Health and Human Services, and participating in roundtable discussions with top government leaders, including President Barack Obama and Vice President Joe Biden.

Starting this week, Ross will spend the next year in Washington working in the U.S. Department of Health and Human Services, and participating in roundtable discussions with top government leaders, including President Barack Obama and Vice President Joe Biden.

“I feel so grateful for this opportunity. I know I will learn a great deal about healthcare, leadership and policymaking next year, which I hope to bring back to Cedars-Sinai and the greater Los Angeles community that we serve,” Ross said.

“Ross is one of the best students I have ever had,” said Julia Y. Ljubimova, MD, PhD, director of the Nanomedicine Research Center in the Cedars-Sinai Department of Neurosurgery. “I have no doubt that she will make an exceptional addition to the group of intellectual elite individuals selected to the White House Fellows Program and help to improve the fabric of the healthcare industry in the U.S.”

As a first-year medical school student at UCLA, Ross was a Denzel and Pauletta Washington Family Gifted Scholar at Cedars-Sinai in 2008. She worked in the Maxine Dunitz Neurosurgical Institute laboratories of Ljubimova. In this role, she assisted with research on developing an innovative delivery system that uses a combination of tiny drugs that pass through the blood-brain barrier to target hard-to-reach cancers.

Ross started her neurosurgical residency at Cedars-Sinai in 2012. Her education in neurosurgery has included rotations in trauma surgery, neurocritical care and subspecialty areas of neurology. In addition to her residency, Ross also serves on both the Cedars-Sinai medical education and house staff committees, where she has worked on quality improvement projects related to patient care.

Ross said the knowledge and lessons gained from her time at Cedars-Sinai have well prepared her for working in the White House Fellows Program. As a resident, Ross said she has learned how to communicate sensitive information to patients, maintain emotional poise and control, utilize critical thinking in stressful situations, and she has acquired a host of other essential abilities to be an effective neurosurgeon and leader. Ross’ leadership abilities and her commitment to public service helped her earn the coveted White House post.

“Many of the skills you build as a physician are also essential to be an effective leader,” said Ross. “You learn to listen to your patients, synthesize subjective and objective information and, as a surgeon, have an unrelenting focus on the task at hand because someone’s life depends on it.”