Kate Spade. Anthony Bourdain. These celebrities seemed to have it all – fame, wealth and a lifestyle glamorized in pop culture.

Unfortunately, not everything is at it seems – which makes their apparent suicides even more shocking.

Those are truly sobering statistics – and why it’s important that everyone be aware of the warning signs that someone they know and love may be having some trouble, and they need help. For media working related stories on suicide awareness and prevention, Nova Southeastern University (NSU) is home to experts on this subject.

Douglas Flemons, Ph.D., graduated from Simon Fraser University in 1981 with a bachelor’s in general studies. He returned to school in 1984 to study family therapy at the University of British Columbia, where he earned his master’s degree in counseling psychology. He then left to earn a doctorate at the Texas Tech University. Today, Flemons is professor of family therapy, clinical professor of family medicine, and co-director of the NSU Office of Suicide and Violence Prevention. Author of books on writing (Writing Between the Lines), hypnosis and therapy (Of One Mind), psychotherapy and Eastern philosophy (Completing Distinctions), and suicide assessment (Relational Suicide Assessment, co-authored with Dr. Len Gralnik), he is also co-editor, with his wife and colleague, Dr. Shelley Green, of a book on brief sex therapy (Quickies). Flemons maintains a private practice in Fort Lauderdale, Florida and presents widely on hypnosis, psychotherapy, sexuality, suicide, writing, and other topics.

Scott Poland, Ed.D., is a nationally recognized expert on school crisis, youth violence, suicide intervention, self-injury, school safety, threat assessment, parenting and the delivery of psychological services in schools. He is a founding member of the National Emergency Assistance Team for the National Association of School Psychologists and serves as the Prevention Director for the American Association of Suicidology. He has led multiple national crisis teams following numerous school shootings and suicides and has assisted schools and communities after terrorism acts in New York, Washington, D.C. and Oklahoma. Poland served as the team leader of the crisis response team sent to Jefferson County Public Schools during the aftermath of the Columbine High School shootings. 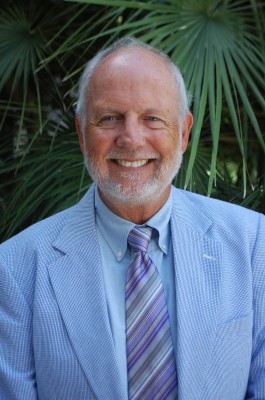