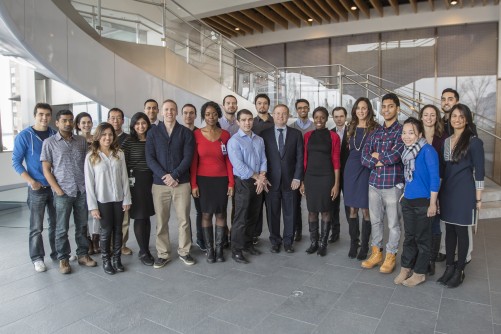 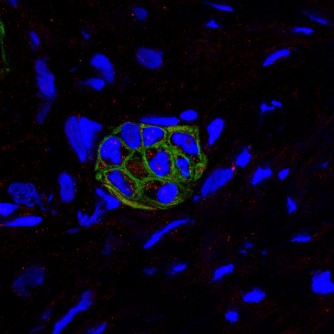 Newswise — The most aggressive form of pancreatic cancer – often described as one of the hardest malignancies to diagnose and treat -- thrives in the presence of neighboring tumor cells undergoing a particular form of “orchestrated cell death.” This is according to a major study recently published in the journal Nature.

The study results revolve around carefully regulated cell dell death mechanisms that, by killing defective cells or those infected by viruses, are often important cellular defense mechanisms. By studying a mouse model of pancreatic ductal adenocarcinoma (PDAC), researchers from NYU Langone Medical Center and its Laura and Isaac Perlmutter Cancer Center found that the form of orchestrated cell death -- called necroptosis -- in fact induced the production of a small protein CXCL1 to drive the growth of PDAC tumor cells.

CXCL1 is known to attract specialized immunosuppressive cells, tumor-associated macrophages, which reduce the ability of the human immune system to recognize and destroy cancer cells. Furthermore, the researchers say that similar events appear to occur in human PDAC.

“Our findings are the first to show that cancer cell death via necroptosis can actually promote tumor growth, as this process results in suppression of the body's immune response against the cancer,” said the study’s senior investigator, George Miller, MD, associate professor in the Departments of Surgery and Cell Biology, and co-leader of the Cancer Immunology Program at the Perlmutter Cancer Center. “What is equally significant is that these findings might also be relevant to other tumor types.” The team went on to discover that necroptosis-induced CXCL1 alone was not enough to account for the tumor-protective environment created around the tumor cells. Dying tumor cells also release another protein, SAP130, that binds to a receptor called named Mincle, on the cell membranes of inflammatory immune cells located within the tumor environment. Activation of Mincle was found to accelerate tumor formation in mice.

Importantly, the researchers say, this study suggests that necroptosis and Mincle signaling could represent novel targets for potential anti-cancer drug development. Inhibiting these pathways could reverse the immunosuppressive environment created by tumor-associated macrophages and enable another type of immune cell, cancer-killing T lymphocytes, to attack the tumor.

“This study exemplifies the importance of examining cancer within the actual context in which it grows,” says Gregor Werba, MD, the study’s co-first author and a research fellow in Dr. Miller’s lab. “In our initial studies, inhibiting necroptosis in PDAC cells increased their ability to grow in tissue culture. However, when we began to study the same process in mice, we were surprised to see just the opposite effect, and this was mainly due to the immune response of the cells surrounding the tumor.”

Following up on these leads, Dr. Miller and his team are collaborating with Dierdre Cohen, MD, assistant professor in the Department of Medicine and a member of the Perlmutter Cancer Center, to investigate the anti-cancer potential of a compound that inhibits necroptosis alone and in combination with immunotherapy. 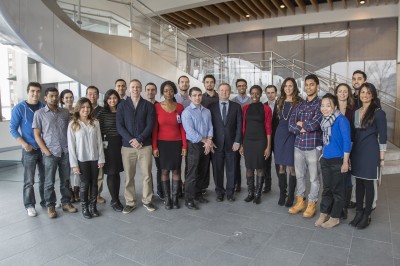 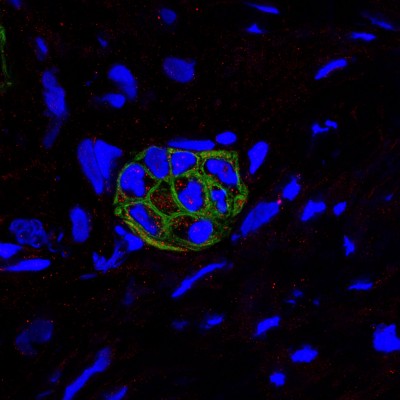