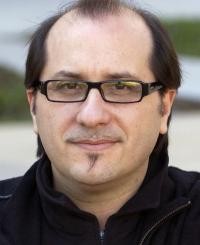 Newswise — The way cells divide to form new cells — to support growth, to repair damaged tissues, or simply to maintain our healthy adult functioning — is controlled in previously unsuspected ways UC San Francisco researchers have discovered. The findings, they said, may lead to new ways to fight cancer.

The steps leading a quiet cell to make and divvy up new parts to form daughter cells rely on some of the cell’s most complex molecular machines. Different machines play key roles at different stages of this cell cycle. Each of these cellular machines consists of many proteins assembled into a functioning whole. They carry out such tasks as repairing DNA in the newly replicated gene-bearing chromosomes, for instance, or helping pull the chromosomes apart so that they can be allocated to daughter cells.

In a study published online on October 10, 2013 in the journal Molecular Cell, UCSF researchers led by molecular biologist Davide Ruggero, PhD, associate professor of urology, and computational biologist Barry Taylor, PhD, assistant professor of epidemiology and biostatistics, found that the production of entire sets of proteins that work together to perform such crucial tasks is ramped up together, all at once — not due to the transcription of genes into messenger RNA, a phenomenon scientists often study to sort out cellular controls — but at a later stage of gene expression that occurs within the cell’s protein-making factories, called ribosomes.

“We have found that these proteins are regulated specifically and exquisitely during the cell cycle,” Ruggero said. When this regulation falters, it wreaks havoc in the cell, he added. “Cell-cycle control is a process that is most often misregulated in human disease,” he said.

More specifically, the researchers found that this coordinated timing of protein production during the cell cycle is largely governed at the tail end of gene expression, within the ribosome, where cellular machinery acts on messenger RNA to churn out the chains of amino acids that eventually fold into functional form as proteins.

In 2010 Ruggero reported key evidence suggesting that this stage of protein production, called “translation,” might be an often-neglected process in many tumors, ranging from lymphomas, multiple myeloma and prostate cancer.

The scientists used a technique know as ribosome profiling, originally developed for yeast cells in the lab of Jonathan Weismann, PhD, Howard Hughes Investigator at UCSF and professor of cellular and molecular pharmacology, to figure out which messenger RNA was being translated into protein by the ribosome during human cell division. They then used computational techniques developed by Taylor’s lab team along with the lab team of Adam Olshen, PhD, professor of epidemiology and biostatistics, to better quantify which genes had been translated into proteins.

By conducting a genome-wide investigation of translation and interrogating the data with sophisticated computer algorithms, the researchers discovered that different groups of protein were made in abundance at a particular phase, only to be quieted during another phase of the cell cycle. Previous studies of translation of messenger RNA into protein focused on only one or just a few genes at a time, according to Ruggero and Taylor.

“We hope these methods will be helpful to others who study gene regulation at the translational stage in various diseases, and those who want to identify specific targets for drug development based on discoveries of aberrant translation,” Taylor said.

Ruggero has been a pioneer in probing the ability of tumor cells to make extraordinary amounts of protein to sustain their rapid growth and immortality. He also is exploring ways to therapeutically target this excess protein production in cancer.

One striking finding from this new UCSF study is the discovery that production of a protein called RICTOR is boosted due to increased translation during the S phase of the cell cycle. RICTOR serves as a signal to help the cell cycle run like finely tuned clockwork, but several studies suggest that RICTOR often is constitutively turned on in cancer, Ruggero said.

The biochemical signaling cascade within the cell that RICTOR is a part of is under extensive investigation for experimental cancer therapies, and these new findings may point to novel strategies for drug development Ruggero said. Ruggero and Craig Stumpf, PhD, a postdoctoral fellow with his lab and the first author of the Molecular Cell paper, now are tracking down the upstream trigger that coordinates timing of many of the other suites of proteins that are produced simultaneously during the different cell-cycle phases.

UCSF technician Melissa Moreno also worked on the study. The research was funded by grants from the National Institutes of Health.