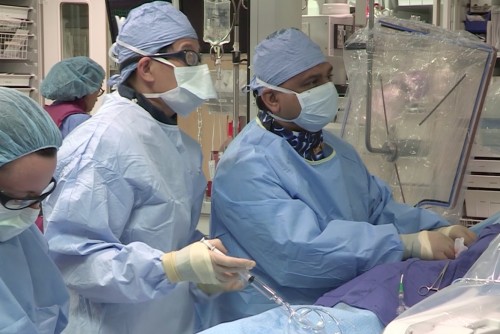 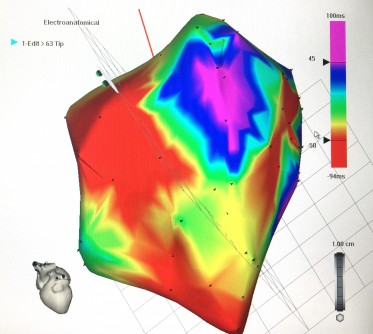 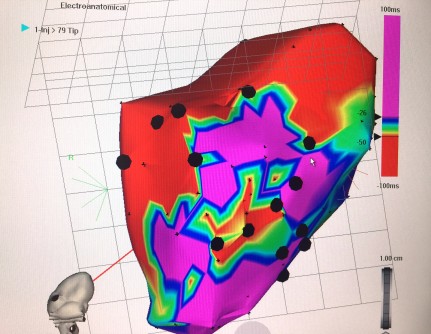 Newswise — (Salt Lake City) - End-stage heart failure patients treated with stem cells harvested from their own bone marrow experienced 37 percent fewer cardiac events - including deaths and heart failure hospital admissions - than a placebo-controlled group, according to a new study. Results from ixCELL-DCM, the largest cell therapy clinical trial for treating heart failure to date, will be presented at the 2016 American College of Cardiology annual meeting and published online in The Lancet on April 4. “For the last 15 years everyone has been talking about cell therapy and what it can do. These results suggest that it really works,” says lead and corresponding author and cardiac surgeon Amit N. Patel, M.D., M.S., director of Cardiovascular Regenerative Medicine at the University of Utah School of Medicine. He chaired the trial steering committee and led investigations at University of Utah Health Care, a leading enroller in the 31-site, phase 2b clinical trial. The study lays the groundwork for testing in larger trials. IxCELL-DCM, a double-blind phase 2b trial, randomly assigned cell therapy or placebo to 126 patients with end-stage ischemic heart failure. A small amount of bone marrow was drawn from each patient and two types of stem cells, mesenchymal stem cells and M2 macrophages, were selected and expanded in the laboratory. The cell types were chosen because preclinical studies suggested they have the ability to remodel the heart, increase heart tissue, and impact inflammation. The multicellular therapy, called ixmyelocel-T, was then injected into the heart using a minimally invasive procedure. A 3-dimensional electrochemical technique mapped damaged areas in the heart, and cells were delivered directly to them via catheter. On average, the procedure took less than two hours, and if there were no complications, patients were typically discharged the next day. Assessments at 1, 3, 6, and 12 months after treatment showed that cell therapy patients had fewer side effects and complications than the placebo group. At one year, all cardiac events were catalogued, including deaths, and heart-related hospitalizations and unplanned clinic visits.

The double-blind trial found that the group treated with cell therapy had fewer deaths compared to the placebo group (8 vs. 4) and fewer heart failure related hospitalizations (42 of 51 vs. 30 of 58, or 82.4 percent vs. 51.7 percent with a p-value of 0.01), contributing to a 37 percent overall reduction in cardiac events. Any effects beyond one year remain unknown. The study also reported that there were no, or only very small, statistically significant differences in measures of heart function including performance in an exercise tolerance test, left ventricular ejection fraction, left ventricular end diastolic volume, and left ventricular end systolic volume. A larger sample size may discern other differences between patients who receive treatment and those who do not.

“This is the first trial of cell therapy showing that it can have a meaningful impact on the lives of patients with heart failure,” says Patel. Other cell therapy trials tested single stem cell populations and did not report impacts on the end results of death or other heart related clinical outcomes.