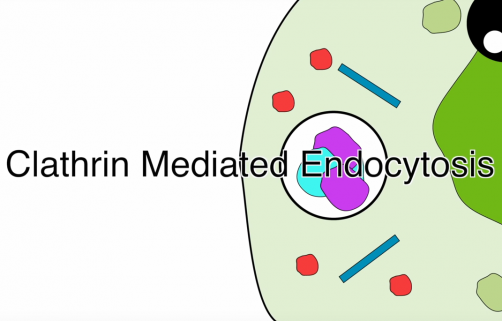 Clathrin mediated endocytosis is a choreographed process that brings nutrients into the cell.

Newswise — Cells are highly visual. Celldance, a program of the American Society for Cell Biology (ASCB), helps researchers tell the story of their research through video. Two new Celldance videos premiere at the Society’s annual meeting, held jointly with the European Molecular Biology Organisation (EMBO), in San Diego, CA.  Videos will be shown Dec 11 at 1:00 pm in Theatre 3 of the Learning Center at the San Diego Convention Center.

ASCB’s Public Information Committee (PIC) established the Celldance program over a decade ago to train cell scientists to promote public engagement and understanding of cell biology through compelling visual storytelling. Video production teams at chosen laboratories are given up to $1000 each to complete their films and are paired with a professional video editor to facilitate the process.  The labs begin production in July and complete their videos in time for the ASCB|EMBO Meeting in December.

For 2018, the two teams selected to produce Celldance videos come from the University of North Carolina at Chapel Hill and Ryerson University in Toronto, ON.

“The Cancer Exodus Hypothesis,” produced by Tyler Allen from the BioTherapeutics Laboratory of Ke Cheng at UNC-Chapel Hill, compares the deadly process of cancer cell metastasis as a group to similar behaviors among humans.

“Cancer cells that travel in groups are more dangerous because they form new tumors more effectively,” explained Allen. “Using live cell imaging, we were able to visualize the behavior of cancer cells traveling in groups and determine the method they use to exit blood vessels. We found cancer cells exit blood vessels using a unique method (termed angiopellosis) and found that cancer cells that exit as groups are more effective at forming tumors at new sites within the body. Our findings have led to what is known as the “Cancer Exodus Hypothesis,” which we hope will lead to improved therapeutic approaches for preventing/treating metastasis in cancer patients.”

Literal dance takes center stage in the film produced by Ryerson’s Stephen Bautista of the Costin Antonescu laboratory. The video, “Contemporary Cell Surface Dance,” describes the choreographed movement of clathrin-mediated endocytosis, a mechanism the cell uses to move nutrients and energy into the cell.

“To better visualize this complicated process, I envisioned this video having a component that the audience can easily connect to, which in this case is dance. By using a professional contemporary dancer, I was able to use dance as a story to create analogies that connect to clathrin-mediated endocytosis,” explained Bautista. “For example, as different body parts (proteins) move, it causes the body (the cell) to choreograph a certain movement like a dance move (reshape its plasma membrane). Different from previous years of this competition, I really wanted to bring out the science communication aspect, as it is important not only to inform experts in cell/molecular biology but to appeal general enthusiasts who are interested in science topics.”

Videos will be shown Dec 11 at 1:00 pm in Theatre 3 of the Learning Center, along with the winning videos from the meeting’s Elevator Speech contest. 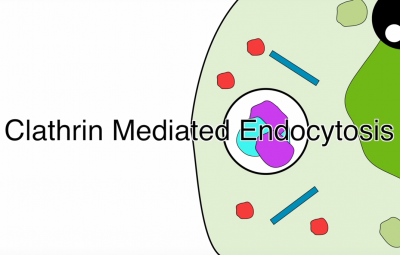 Caption: Clathrin mediated endocytosis is a choreographed process that brings nutrients into the cell.