Cells Derived from Pluripotent Stem Cells Are Developmentally Immature and May Pose Challenges in Clinical Use, Disease Modeling 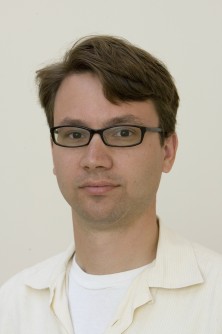 Newswise — Stem cell researchers at UCLA have discovered that three types of cells derived from human embryonic stem cells and induced pluripotent stem cells are similar to each other, but are much more developmentally immature than previously thought when compared to those same cell types taken directly from human tissue.

The researchers, from the Eli and Edythe Broad Center of Regenerative Medicine and Stem Cell Research at UCLA, found that the progeny of the human embryonic stem cells and induced pluripotent stem cells (iPS) were more similar to cells found within the first two months of fetal development than anything later. This could have implications both clinically and for disease modeling, said William Lowry, senior author of the study and an assistant professor of molecular, cell and developmental biology in the Life Sciences.

The two-year study was published today in the peer-reviewed journal Cell Research.

“Once we found that the human embryonic stem cell- and the iPS-derived progeny were similar, we wanted to understand how similar the progeny were to the same cells taken directly from human tissue,” Lowry said. “What we found, looking at gene expression, was that the cells we derived were similar to cells found in early fetal development and were functionally much more immature than cells taken from human tissue. This finding may lead to exciting new ways to study early human development, but it also may present a challenge for transplantation, because the cells you end up with are not something that’s indicative of a cell you’d find in an adult or even in a newborn baby.”

There might also be challenges in disease modeling, unless you’re modeling diseases that occur within the first two months of development, Lowry said.

Employing the most commonly used methods for deriving cells from embryonic stem cells and iPS cells, Lowry and his team differentiated these human pluripotent stem cells into neural progenitor cells, which create neurons and glia, hepatocytes, the main tissue found in the liver, and fibroblasts, common to the skin. They selected those cell types because they are easy to identify and are among the most commonly differentiated cells made from pluripotent stem cells. They also represent cell types found in the three germ layers, the endoderm, mesoderm and ectoderm, where the first cell fate decisions are made, Lowry said.

The progeny of the human pluripotent stem cells were compared to each other using their gene expression patterns, functionality and appearance. There was essentially little or no difference between them, Lowry said. Then the work began to compare them to equivalent cell types found in humans.

“One important reason to do this is to ensure that the cells we are creating in the Petri dish and potentially using for transplantation are truly analogous to the cells originally found in humans,” said Michaela Patterson, first author of the study and a graduate student researcher. “Ideally, they should be a similar as possible.”

What the team found was that while the progeny were alike, they bore striking differences from the same cells found in humans when analyzing their gene expression. A significant number of genes, about 100, were differentially expressed in the cell types made from pluripotent stem cells, Lowry said.

About half of those differentially expressed genes are normally thought to be strictly expressed in pluripotent stem cells, which have the potential to differentiate into any cell of the three germ layers. Those genes had not been turned off even after the cell had differentiated into either a neural progenitor cell, hepatocyte or a fibroblast, Patterson said.

“Previously, we assumed that all pluripotency genes get shut off right away, after the fetus begins developing,” Patterson said. “We found that this is not the case, and in fact some of these genes remain expressed.”

The differences in gene expression could be problematic, Lowry said, because some of these same differentially expressed genes in the progeny are genes that are expressed during cancer development. Also worrisome was their developmental maturity – would they work correctly when transplanted into humans? As part of their study, the team left the differentiating cells in culture about a month longer to see if they would further mature, and there was some modest but statistically significant maturation. However, genetic discrepancies remained.

These discrepancies could be critical, Patterson said, particularly in the hepatocytes. During fetal development, these cells express proteins that aid the metabolism of the fetus, a role they don’t play later in adults.

“The roles these cells play in the fetus and the adult are inherently different,” she said. “It may be that the progeny, if transplanted into a human, would mature to the same levels as those found in the adult liver. We don’t know.”

The team then compared the progeny to cells from humans that were closer to the progeny’s developmental maturity and found that the two types of cells were indeed becoming more similar in gene expression and functionality, Lowry said.

The UCLA team is not the first to suggest that the progeny of human pluripotent stem cells reflect an early developmental immaturity. However, these data put a more precise window on their developmental age.

Going forward, Lowry and his team are going to study the 100 genes being differentially expressed in the progeny to see if manipulating some or all of them results in the maturation of the cells.

“These findings provide support for the idea that human pluripotent stem cells can serve as useful in vitro models of early human development, but also raise important issues for disease modeling and the clinical applications of their derivatives,” the study states.

The study was funded in part by a seed grant and training grants from the California Institute of Regenerative Medicine, the Basil O’Connor Started Scholar Award and the Fuller Foundation.