20-Jan-2015 10:00 AM EST, by Perelman School of Medicine at the University of Pennsylvania contact patient services
favorite_border 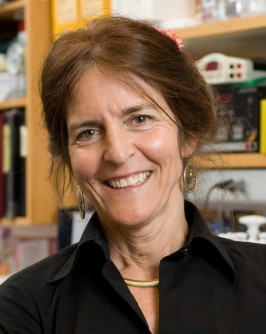 Jean Bennett, MD, PhD, the F.M. Kirby Professor of Ophthalmology and director of the Center for Retinal and Ocular Therapy (CAROT) at the Perelman School of Medicine at the University of Pennsylvania

Newswise — PHILADELPHIA— The University of Pennsylvania has announced an expanded relationship with Spark Therapeutics, a late-stage gene therapy company developing treatments for debilitating, genetic diseases. As part of the expanded relationship, which included both an exclusive license agreement to certain Penn-owned intellectual property rights and a clinical trial agreement, Penn will be one of the clinical sites for a clinical trial to evaluate the treatment of a rare genetic form of progressive blindness.

“This expanded strategic relationship between the two organizations is representative of Penn’s strong commitment towards direct engagement with the private sector to advance promising technologies,” said John Swartley, Associate Vice Provost for Research and Executive Director, Penn Center for Innovation (PCI). “When Penn researchers on the cutting edge of their fields are able to partner effectively with innovators in the private sector it has the potential to accelerate the advancement of exciting new approaches for the treatment of disease.” PCI serves as the University of Pennsylvania’s commercialization center and actively works with the private sector to foster research and development collaborations leveraging Penn technology and research.

Spark today announced the start of Phase 1/2 clinical trial for patients with choroideremia (CHM), which will take place at The Children’s Hospital of Philadelphia and the University of Pennsylvania. CHM is a rare, genetic eye disorder that causes progressive vision loss, ultimately leading to complete blindness. CHM is characterized by deletions or mutations in the CHM gene. It is a degenerative eye disease which affects males that manifests in childhood as night blindness and a reduction in visual field, followed by progressive constriction of visual fields leading, ultimately, to blindness. There is currently no approved drug treatment for the disease.

The launch of this clinical trial is the latest facet of the ongoing partnership between Spark and Penn.Expanding upon an earlier collaboration around SPK-RPE65, in December of 2014, Spark and Penn, through PCI, entered into an exclusive license agreement to certain Penn-owned intellectual property rights, including assets related to the choroideremia program. As a part of the license agreement, Penn received equity shares in Spark and may receive additional milestone payments and royalties on net sales dependent on the success of the SPK-CHM program.

The new trial is designed to assess the safety and preliminary efficacy of sub-retinal administration of SPK-CHM. The investigators plan to enroll up to 10 patients afflicted with the CHM genetic mutation. In addition to evaluating safety, the trial will help define the dose required to achieve stable or improved visual function and identify appropriate endpoints for subsequent clinical trials. The trial will build on the work of the clinical trial teams that have conducted trials of Spark’s therapy known as SPK-RPE65, which has been observed in clinical trials to improve vision in patients with rare blinding conditions due to mutations in the RPE65 gene.

“I have a particular interest in choroideremia,” says Jean Bennett, MD, PhD, the F.M. Kirby Professor of Ophthalmology and director of the Center for Retinal and Ocular Therapy (CAROT) at the Perelman School of Medicine at the University of Pennsylvania, and one of Spark’s scientific co-founders. “I am thrilled to now be able to test our gene therapy treatments with the potential to help the many men living with this disorder.”

"Editor’s note: The University of Pennsylvania has licensed technology involved in this research to Spark. Dr. Bennett is an inventor of this technology, and may benefit financially."

The Penn Center for Innovation (PCI) is devoted to the commercial advancement of University research and development, allowing for a more streamlined experience for Penn researchers and potential business and industry partners. For more information on PCI, please visit www.pci.up