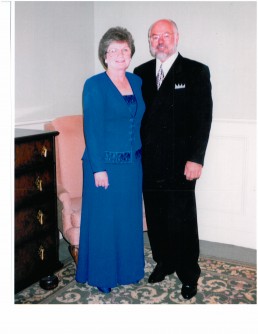 Newswise — Kenneth "Buddy" Conant hit some clothing stores for a little shopping spree recently, but it wasn't because he'd suddenly become enthralled with the latest fashions. The truth was, he was starting to resemble a kid wearing a grown man's clothes.

"I was up around 210 pounds and I dropped to 165 before I even knew it," the Houston resident says. "I'm wearing size 32 pants again. I was up to a real snug 38, fixing to go to 40. I never in my wildest dreams thought I'd have a 32 waist again. That's what I wore in high school. My stomach is even flat!"The welcome changes in Conant's weight and waistline – not to mention his blood pressure and cholesterol level – have come about in the past year since he made a life-changing decision after hearing about a study that was getting under way at The University of Texas Health Science Center at Houston (UTHealth).

What's happened since he signed up for the Century Health Study has exceeded anything Conant, who is 69, thought he could achieve. It also has impressed researchers who are still recruiting participants for the five-year, comprehensive cardiac health study.

Conant is among about 100 people currently taking part in the project, based at the Weatherhead PET Center for Preventing and Reversing Atherosclerosis at Memorial Hermann-Texas Medical Center. The research team from The University of Texas Medical School at Houston, part of UTHealth, hopes ultimately to recruit 1,300 participants.

"Atherosclerosis is the No. 1 cause of mortality in the United States and in many developed countries. However, we have the evidence that this is, for the most part, an unnecessary tragedy," says Sdringola, associate professor of medicine at the UTHealth Medical School. "This is a condition that is mostly a consequence of our lifestyle that can be prevented. Even more, once it is present, we can fight back and heal from it."

Sdringola, an attending physician at the Memorial Hermann Heart & Vascular Institute, says the study is aimed at comparing the impacts of two therapeutic strategies in patients who are at least 40 years old and have certain cardiovascular disease risk factors, symptoms of heart disease or documented coronary heart disease.

Participants are randomly divided into two groups, one of which will continue with standard medical therapy by their doctor including any recommendations for treatment based on diagnostic testing by their private physician.

Study involvement consists of yearly visits with the Century study team for five years. Those patients have periodic lab work and undergo exercise treadmill stress tests, as well as an assessment of their health risks. They also meet with specialists including a cardiologist, a nurse and a dietician. They will receive basic information on managing risk factors such as diet, blood pressure, smoking, weight and exercise. Cardiac PET (positron emission tomography) scans are done at the beginning, at year two and year five of the study, but will not be released to the patients until the end of the five-year period.

These yearly visits with the Century Health Study team are at no charge, as well the three PET scans, exercise treadmill stress tests and lab work.The second group receives PET scans at the start, in the second year and at the end of the study to show participants how their lifestyle choices and medical treatment are affecting blood flow in their hearts. They are shown the results of their initial PET scans and they see the study team more often—six times during the first year and twice yearly for the rest of the study period.

Those visits include physical exams, lab work at each PET scan visit, periodic exercise treadmill stress tests and consultations with specialists including a cardiologist, a nurse and a dietitian, who provides guidance on healthy eating. As with the first group, these visits with the Century Health Study team are at no charge, as well as the PET scans, lab work and treadmill tests.

Researchers at The University of Texas School of Public Health, part of UTHealth, will analyze the economic impact of the five-year study.While medication and surgery help deal with the results of coronary artery disease, Sdringola says, the underlying problem – the buildup of fat in blood vessels – remains a threat if people don't change their behaviors."The pills do not substitute, procedures do not substitute, for healthy lifestyles," he says.

The highly accurate PET images serve as a powerful tool in showing patients the results of their choices, for good or ill. Virtually no other facility in the world uses PET imaging on a routine clinical basis to measure blood flow in the heart, says Dr. K. Lance Gould, M.D, co-investigator in the study and director of the Weatherhead PET Imaging Center.

"We're looking into the heart and we can see how people have been eating for the past 15 years," says Gould, professor of medicine at the UTHealth Medical School. "We sit down with (patients) and say, 'Here's your heart. Here's your life. Here are your choices, and we'll help you.'

"In a sense, this study is mainstream," Gould adds. "But in a sense, it's also 10 years ahead of its time. But it's time that 10 years from now becomes today."Such intensive services generally are not covered by insurance, Sdringola says, but insurers may look at the study's results and reconsider whether coverage would make good sense if the more aggressive strategy leads to long-term reductions in costs for medication, hospital stays and surgeries.

"Our goal is to put the patient back in the center of health-care management," Sdringola says. "An educated patient can be motivated, committed to achieve these goals of longer and healthier lives that would benefit American society as a whole with reduction in the mortality and morbidity associated with this largely preventable disease."

Conant, who was placed in the second group, is sold on that approach so far. He's maintaining his weight at around 170 pounds and his blood pressure has dropped enough so that doctors have discontinued his use of metoprolol and decreased his dosage of lisinopril. He takes medication to help manage his cholesterol level, but says he and his wife, Carolyn, have benefited greatly from the dietitian's advice.

"I had been on diets before and lost 10 or 15 pounds, but I'd keep eating hamburgers and French fries and I just had to get off that," Conant says. "We still eat burgers at home, but it's with ground turkey, wheat buns and no-fat mayonnaise. Instead of French fries, my wife slices up sweet potatoes and bakes them with a little olive oil and chili powder."

Although Carolyn Conant is not involved in the study, her husband says she has lost weight, too, and both of them feel better and have more energy. Their son Mike also is enjoying the change, dropping weight from 250 pounds to 210.

"We still eat well. It hasn't been a traumatic change," Buddy Conant says. "You just have to look at what you're buying. If you just grab stuff off the shelves, you're going to get a lot of high-fat, high-sugar foods. I grill a lot now instead of eating fried foods, and when we have chicken, we take the skin off. It's really pretty simple."

He has a weekly bowling night, rides his bicycle a couple of times a week and uses a Bowflex fitness machine, but says he hasn't increased his exercise regimen since joining the study.

The dramatic improvement means much more to Conant than just appreciating his slimmer form in the mirror. His father died at age 59 during heart bypass surgery and Conant underwent angioplasty in 2006.

"I thought I was in great shape. I went to my doctor and did a stress test and everything seemed OK, but he ordered some more tests and told me I had had a heart attack and I didn't even know it," Conant says. "They showed me where the damage was, but said my heart had repaired itself."

Now Conant feels more in control of his life and confident about his future. He closed his auto mechanic shop in December and plans to retire with his wife and son to a house they're building on Lake Livingston. That makes for a longer trip to meet with the research team, but he says it'll be a pleasure.

For more information about the Century Health Study and how to apply for enrollment, visit www.centuryhealthstudy.org or call 713-500-5200.