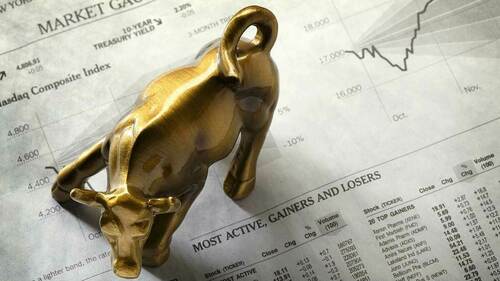 Some CEOs are profiting from releasing more negative news releases leading up to their executive stock option grant date, according to research from the University of Notre Dame.

Newswise — Some CEOs are profiting from releasing more negative news releases leading up to their executive stock option grant date, according to research from the University of Notre Dame.

The move depresses the stock price and lowers the guaranteed “strike price,” which allows the CEO to exercise their stock option to buy a specified number of shares below market value. Should the stock price go up, the executive can then sell the shares at market price and keep the difference as profit.

“Unintended Consequences: Information Releases and CEO Stock Option Grants,” forthcoming in the Academy of Management Journal by Tim Hubbard, assistant professor of management in Notre Dame’s Mendoza College of Business, finds that the stock prices are significantly lower than expected during these periods, leading to major gains for CEOs — between $143,500 and $839,000, depending on the assumptions.

The study looked at option grants of U.S. publicly traded companies from 2009 to 2013, examining the cumulative abnormal returns before option grant dates. The researchers collected all news releases from each firm during the period and used this data to understand whether firms release more negative news releases in this time frame and the type of negative news.

How to compensate CEOs in a way that encourages them to act in the best interest of their firms has been the topic of much research and regulation. Still, problems remain. For example, the options backdating scandal, with cases first emerging in 2006, ensnared dozens of executives over allegations that the dates of stock-option awards had been manipulated to enrich recipients.

There were regulation changes in the wake of the scandal, though Hubbard says some CEOs continue trying to manipulate the system.

“Incentive contracts are supposed to push an executive to increase the share price for stockholders,” Hubbard says. “However, stock options have a unique period right before the grant date where CEOs are encouraged to lower their firm’s share price — this is the action that will create the most value for them personally. When we examine which CEOs are most likely to try to use this mechanism to lower their stock price, we see that CEOs that are underpaid compared to their peers and those with significant discretion are more likely to release negative news during the period before the grant date, which lowers the stock price.”

The study points to a key example from 2011 and 2012 — years after the options backdating scandal and a decade after the passage of the Sarbanes-Oxley Act of 2002, which was enacted in response to a series of high-profile financial scandals including Enron and WorldCom in an effort to improve corporate governance and accountability.

“The CEO of a large logistics firm received options on nearly 200,000 shares,” Hubbard says. “One month earlier, the stock traded about 5 percent higher than on the grant date. A month after, the stock price returned to pre-grant levels. The same pattern occurred the prior year even though the stock price shifted little during that year.

“If these movements were simply a reflection of what was happening in the broader market, the CEO would benefit by chance. On the other hand, if this firm’s stock price moved counter to market trends — for example, if there was a negative abnormal return in the pre-option grant period as happened here, then these grants may have been awarded at a discount to prevailing prices. Such changes can result in large gains for CEOs — in this case more than $1 million.”

To guard against further gaming of the system, Hubbard recommends additional regulation and governance. He suggests giving option grants at more frequent intervals, such as monthly rather than yearly.

Co-authors of the study include Timothy Quigley and Scott Graffin from the University of Georgia and Andrew Ward of Lehigh University.