Chagas Disease, a Deadly Bug-Borne Infection, Is Spreading in Texas 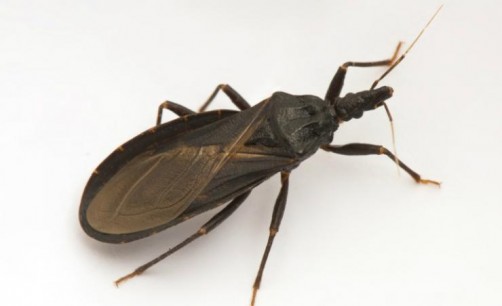 Chagas Disease, also known as American trypanosomiasis, is a deadly bug-borne infection. According to the Dallas Morning News, in Texas, one in every 6,500 blood donors are infected with Chagas disease, compared with one in every 27,500 donors across the country. Chagas disease is spread through a parasite called Trypanosoma cruzi. The parasite is mostly spread by insects known as Triatominae or "kissing bugs."

Chagas is one of about 40 infections known as neglected tropical diseases, so-called because they are largely ignored by governments and drug companies. They infect 1.5 billion people in tropical and subtropical regions of the world.

As reported in the The Dallas Morning News on November 16, 2015.