A reporter's PressPass is required to access this story until the embargo expires on 10-Jun-2020 5:00 AM EDT The Newswise PressPass gives verified journalists access to embargoed stories. Please log in to complete a presspass application. If you have not yet registered, please Register. When you fill out the registration form, please identify yourself as a reporter in order to advance to the presspass application form. 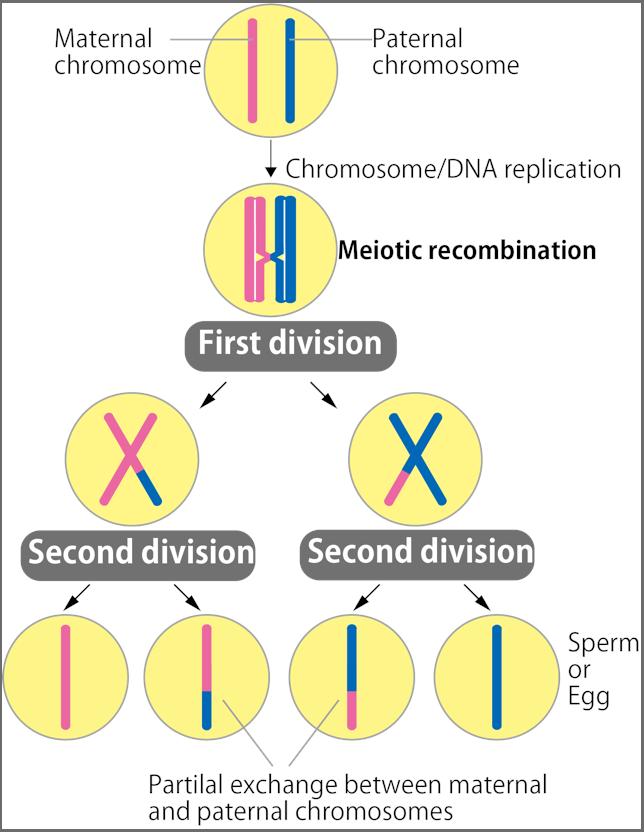 A research group from the Institute of Molecular Embryology and Genetics (IMEG) at Kumamoto University, Japan has discovered that the gene C19ORF57 plays a critical role in meiosis.

Researchers at the UCLA Jonsson Comprehensive Cancer Center analyzed gene-expression patterns in the most aggressive prostate cancer grade group — known as Gleason grade group 5 — and found that this grade of cancer can actually be subdivided into four subtypes with distinct differences. The findings may affect how people are treated for the disease.

Harvard scientists have developed DNA-barcoded microbial spores that can be safely introduced onto objects and surfaces at a point of origin, such as a field or manufacturing plant, and be identified months later, to help trace problems like the source of foodborne illness.

Scientists Reveal How Mutations in Metabolism Can Drive Cancers

Scientists at Sanford Burnham Prebys Medical Discovery Institute and the Centro de Biología Molecular Severo Ochoa in Spain have created a test that determines which children with CAD deficiency—a rare metabolic disease—are likely to benefit from receiving uridine, a nutritional supplement that has dramatically improved the lives of other children with the condition. The study was published in Genetics in Medicine. 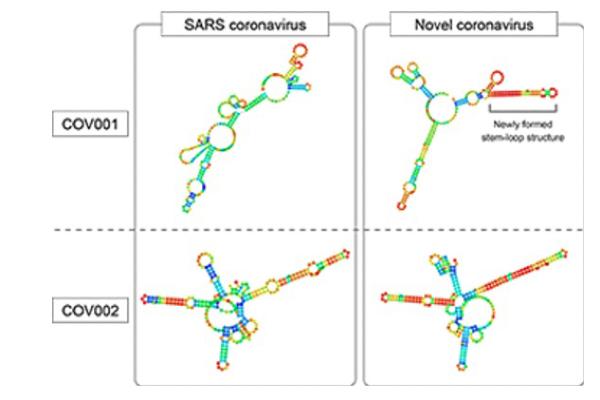 Researchers have identified specific portions of the genetic codes of the COVID-19 and SARS viruses that may promote the viruses' lifecycles. The new technique is researchers' first tool for determining what genetic sequences stored as RNA - DNA's chemical cousin - are more stable. 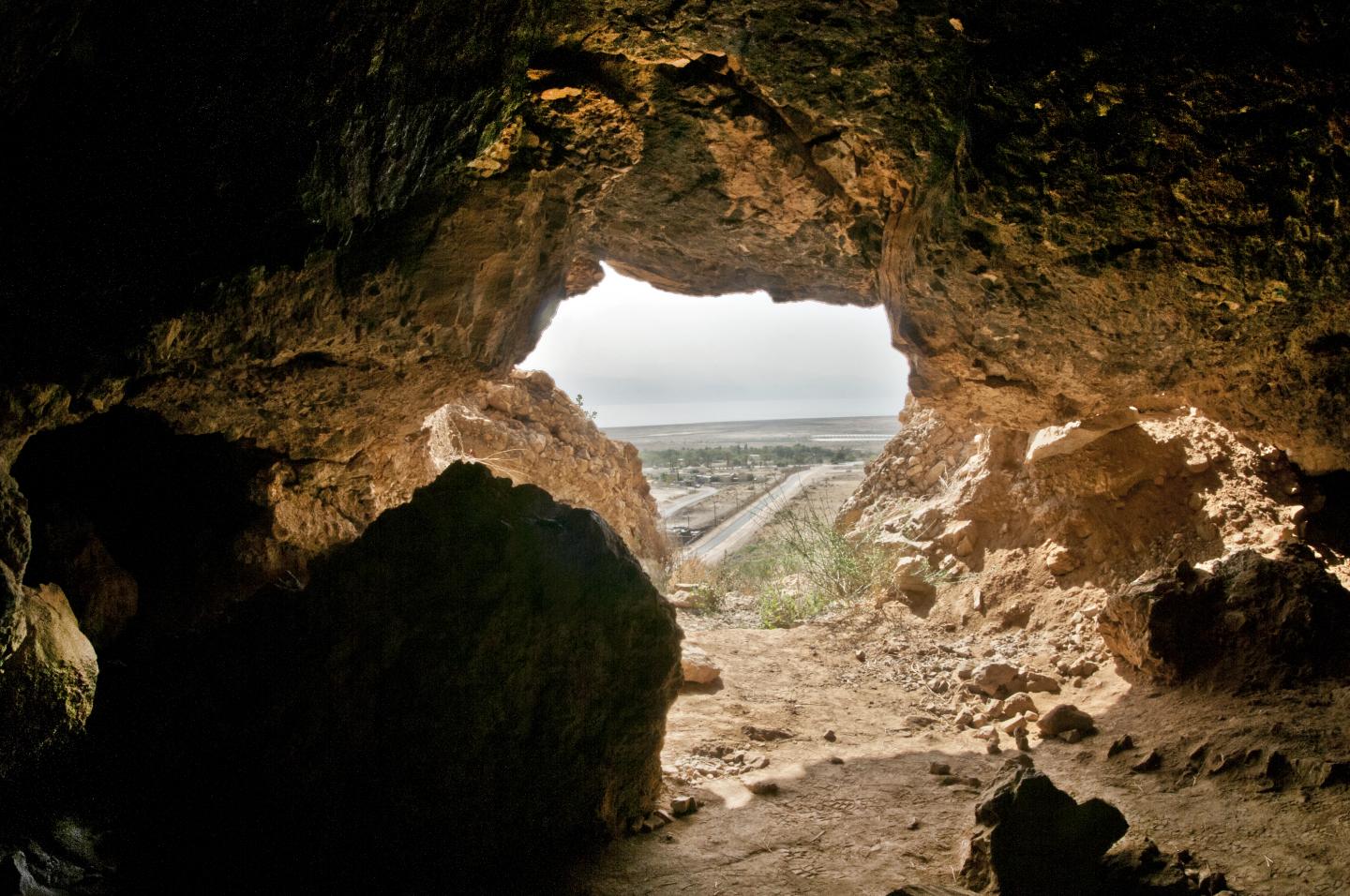 Piecing together the Dead Sea Scrolls with DNA evidence

The collection of more than 25,000 fragments of ancient manuscripts known as the Dead Sea Scrolls include, among other ancient texts, the oldest copies of books of the Hebrew Bible. But finding a way to piece them all together in order to understand their meaning has remained an incredibly difficult puzzle, especially given that most pieces weren't excavated in an orderly fashion.

Next Frontier in Bacterial Engineering

University of Arkansas for Medical Sciences

The latest issue of PLOS Genetics includes two publications that challenge the basic assumptions behind 24 years of bone and metabolism research, and given the magnitude of the potential paradigm shift, the editors turned to Stavros C. Manolagas, M.D., Ph.D., of the University of Arkansas for Medical Sciences (UAMS) to provide expert commentary and context.

4,000 years of contact, conflict & cultural change had little genetic impact in Near East

The Near East was a crossroad for the ancient world's greatest civilizations, and invasions over centuries caused enormous changes in cultures, religions and languages. 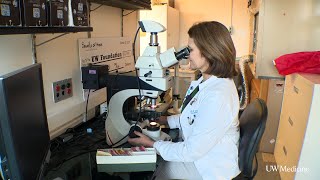 At-home genetic-testing kits for breast and ovarian cancer risk are just as effective, and in some cases even more so, than the typical protocol for genetic testing, which requires repeated office visits and counseling, according to a study led by UW Medicine researchers.

New research is shedding light on the biological architecture that lets us hear – and on a genetic disorder that causes both deafness and blindness.

Researchers at Washington University School of Medicine in St. Louis have received two grants from the National Institutes of Health (NIH) totaling more than $5 million to study two types of parasitic worm infection that cause devastating illness in millions of people worldwide. One project will focus on onchocerciasis, commonly known as river blindness. The second project will target fascioliasis, commonly found in cattle-farming operations. 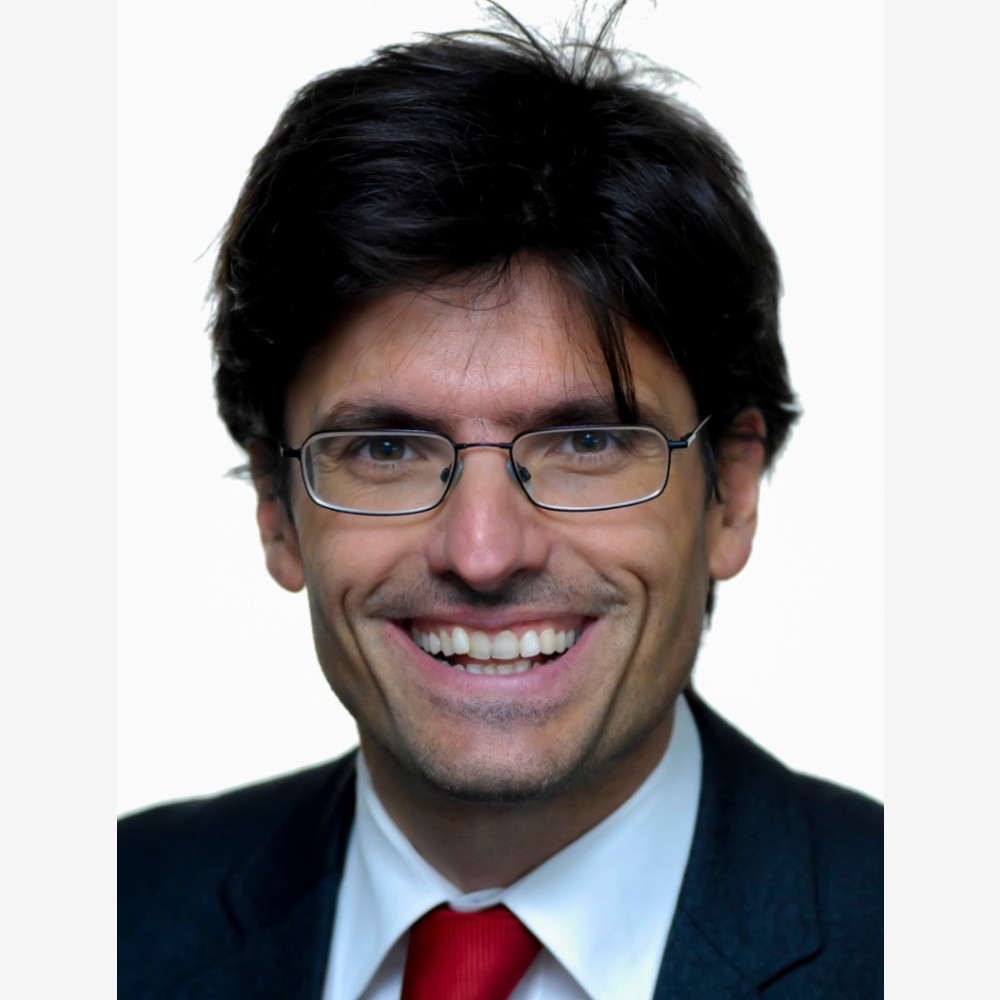 Cellular processes happen every day in humans and plants, such as homeostasis and photosynthesis

Complement genes add to sex-based vulnerability in lupus and schizophrenia

Variants in a gene of the human immune system cause men and women to have different vulnerabilities to the autoimmune diseases lupus and Sjögren’s syndrome, according to findings published in the journal Nature. The gene variants are a member of the complement system.

An analysis of genetic studies covering 266,000 women has revealed 32 new sites on the human genome where variations in DNA appear to alter the risks of getting breast cancer.

A new grant from the National Institutes of Health will allow Iowa State University scientists to continue to develop gene editing technologies to model human disease in zebrafish. The research aims to build new tools to determine which genes have therapeutic potential to treat human genetic diseases that affect the cardiovascular, immune and nervous systems.

Scientists with UC San Diego’s Jacobs School of Engineering and the Qualcomm Institute have developed a new gene prediction algorithm, called MINING-D, that could help researchers investigate the genetic clues behind the variation of symptoms shown in COVID-19 patients — information that is key to creating a versatile and effective vaccine.

Study Demonstrates Impact of Both Inherited and Acquired Mutations on Cancer

The common belief that tumors arise via activation of a few genes that “drive” cancer development is unsupported by a widespread investigation into those genes and others in three large patient genetic databases, according to a study led by Yale Cancer Center (YCC) researchers.

• Newly discovered gene variant in Peruvian populations is powerfully linked with height • Five percent of Peruvians carry the variant, which originates exclusively from Native American populations • The variant occurs on a gene that, when mutated, causes Marfan syndrome, a condition marked by connective tissue abnormalities, including serious cardiovascular problems • The newly discovered variant is not associated with disease and may confer adaptive evolutionary advantage to populations that carry it

New work led by researchers in the Blavatnik Institute at Harvard Medical School and at the Broad Institute of MIT and Harvard provides a clear genetic explanation behind the long-standing yet mysterious observation that some diseases occur more often, hit harder or elicit different symptoms in men or women.

Houston Methodist released gene sequencing results from the first strains of the virus causing COVID-19 disease in Houston. Results reveal multiple introductions of SARS-CoV-2 into Houston followed by rapid community spread. No evidence was found of mutations making any strains of the virus more severe. Pathologists analyzed genomes of 320 SARS-CoV-2 strains collected from COVID-19 patients, making this the largest sample of SARS-CoV-2 genes sequenced from patients in the southern U.S.

An international team of researchers including the University of Adelaide, has completed the first large-scale study of DNA belonging to ancient humans of the central Andes in South America and found early genetic differences between groups of nearby regions, and surprising genetic continuity over thousands of years. In the study, published in the journal Cell, researchers analysed the DNA of 89 ancient humans who lived in the central Andes between 500 and 9,000 years ago, and compared it with the genetic diversity of present day occupants, to shed light on the genetic changes over time. An international research team has conducted the first in-depth, wide-scale study of the genomic history of ancient civilizations in the central Andes mountains and coast before European contact. The findings reveal early genetic distinctions between groups in nearby regions, population mixing within and beyond the Andes, surprising genetic continuity amid cultural upheaval, and ancestral cosmopolitanism among some of the region's most well-known ancient civilizations.

This research, published in Nature, shows how different populations of people share most of the genetic susceptibilities to developing type 2 diabetes but do have some different genetic variations that can make them more or less susceptible to developing the condition.

AMP has published consensus, evidence-based recommendations to aid in the design, validation and interpretation of clinical genotyping tests for the prediction of warfarin response. The manuscript, “Recommendations for Clinical Warfarin Sensitivity Genotyping Allele Selection: A Joint Recommendation of the Association for Molecular Pathology and College of American Pathologists,” was released online ahead of publication in The Journal of Molecular Diagnostics.

Few people in the world would have understood what it meant. But when doctors diagnosed 2-year-old Yuna Lee with FOXG1 syndrome, her parents recognized the disease immediately. The rare genetic disorder explained Yuna’s seizures. It explained why Yuna hadn’t yet learned to talk. It explained why she struggled to sit up.

Genetic complexity: A spanner in the works?

The promise of personalized medicine has not fully materialized, say two McMaster researchers, because the full sophistication of the genetic blueprint has a more complex and far-reaching influence on human health than scientists had first realized.

By combining the fine-grained detail available from animal studies with the statistical power of genetic studies involving hundreds of thousands of human genomes, researchers have discovered a new gene involved in regulating the body’s cholesterol.

Gender identity and genetic sex are distinctly variable when it comes to pain tolerance, according to a study published in the Journal of Pain Research.

Silencing of the protein coding gene PRMT5 has possible therapeutic potential for treating Mesothelioma (MM), according to a recent in vitro study published in the Journal of Cellular and Molecular Medicine.

Huntsman Cancer Institute at the University of Utah

Scientists have traced the molecular connections between genetics, the gut microbiome and memory in a mouse model bred to resemble the diversity of the human population. Researchers from two U.S. Department of Energy national laboratories identified lactate, a molecule produced by all species of one gut microbe, as a key memory-boosting molecular messenger.

Insights into Why Loud Noise is Bad for Your Health 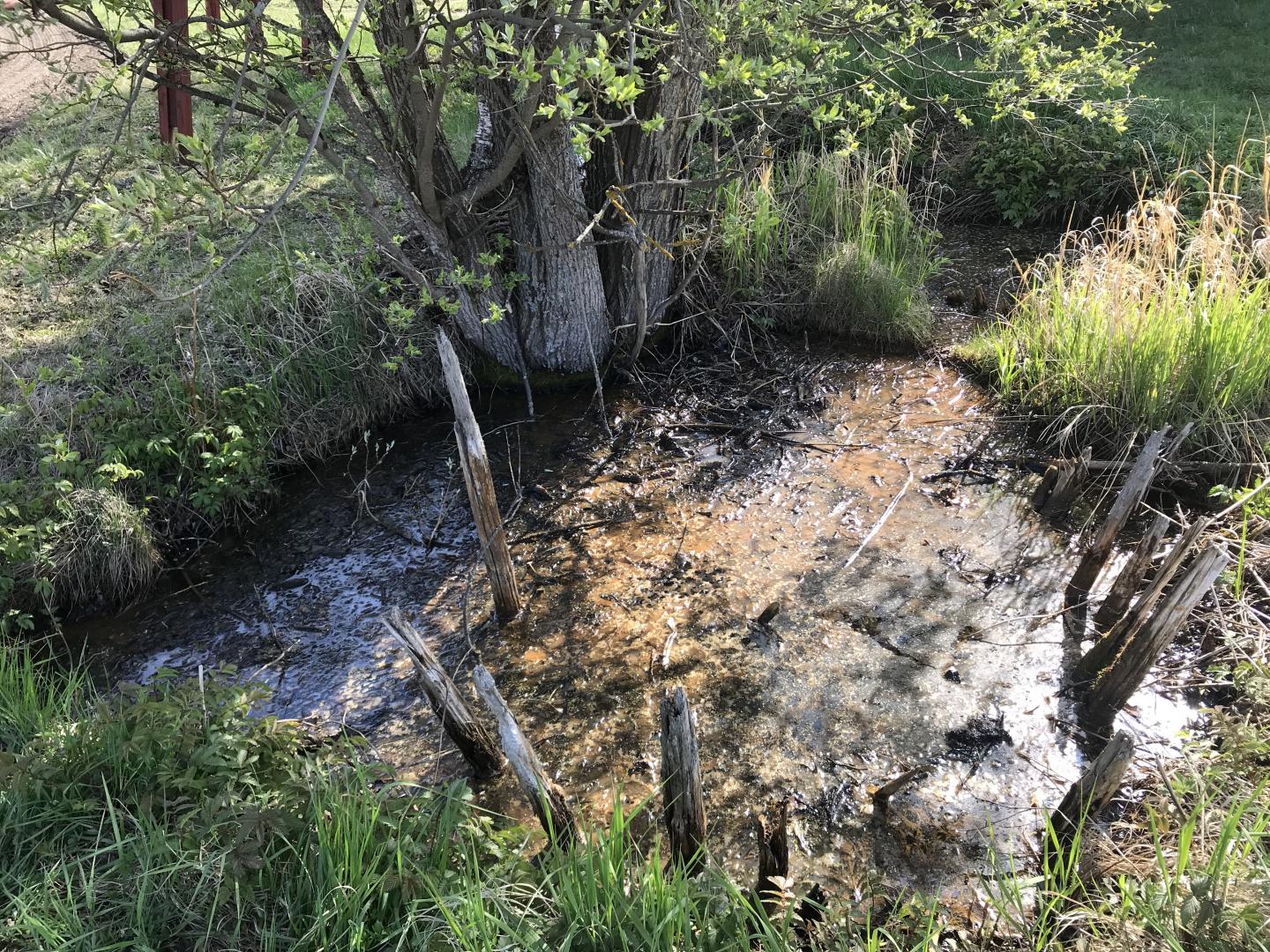 A multidisciplinary research group coordinated by the University of Helsinki dated the bones of dozens of Iron Age residents of the Levänluhta site in Finland, and studied the carbon and nitrogen stable isotope ratios.

Two specific cell types in the nose have been identified as likely initial infection points for COVID-19 coronavirus. Scientists discovered that goblet and ciliated cells in the nose have high levels of the entry proteins that the COVID-19 virus uses to get into our cells.

SHE Center at Dana-Farber and Silverberry Genomix form SHE Biobank, a Population Health Initiative for Research and Education

Dana-Farber and Silverberry Genomix launch the SHE Biobank initiative -- a long-term study to investigate the impact of genetic predisposition and environmental exposure to development of disease. 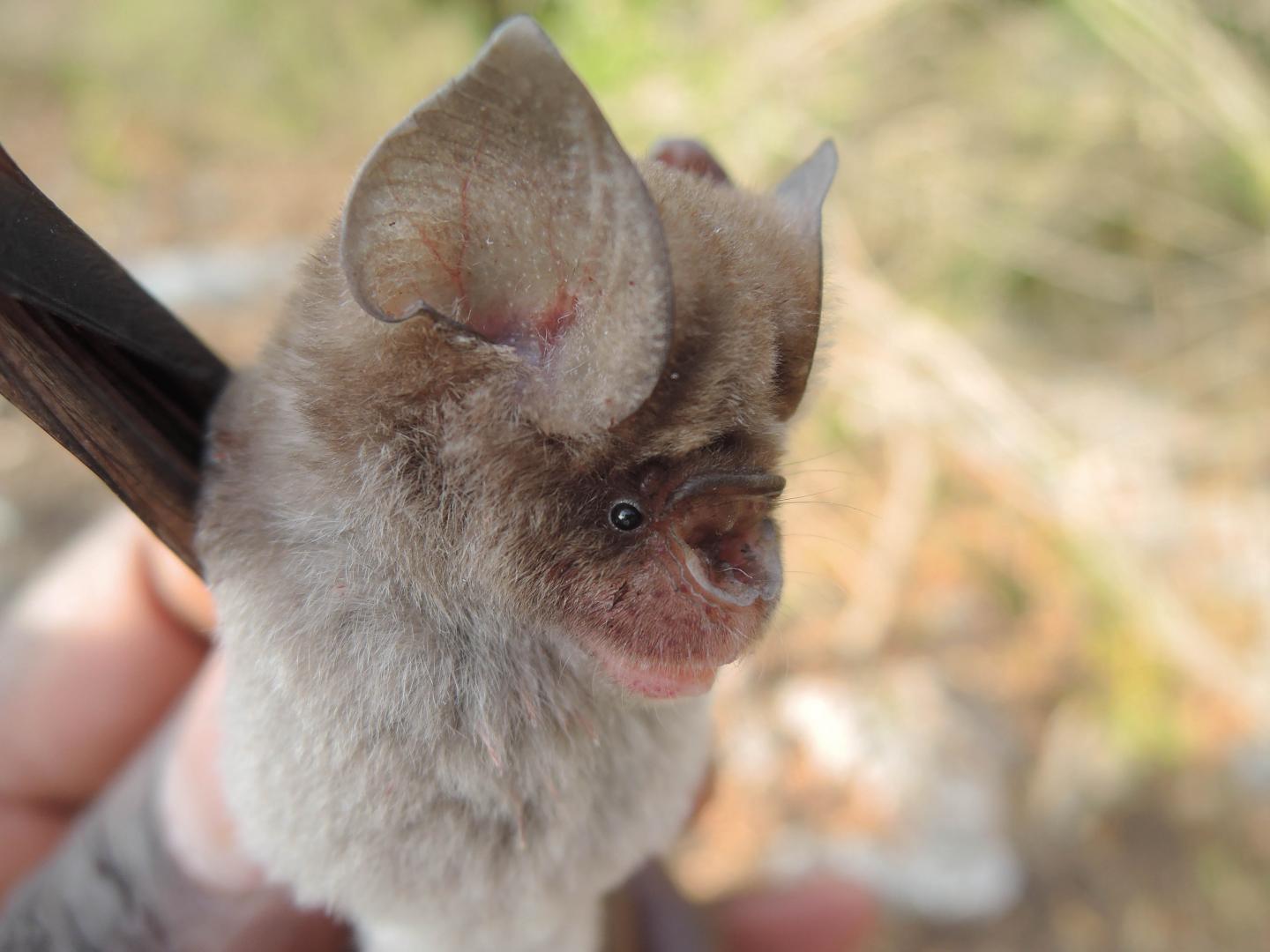 Researchers at Washington University School of Medicine in St. Louis have used induced pluripotent stem cells produced from the skin of a patient with a rare, genetic form of insulin-dependent diabetes, transformed the stem cells into insulin-producing cells, used the CRISPR gene-editing tool to correct a defect that caused a form of diabetes, and implanted the cells into mice to reverse diabetes in the animals.

National Eye Institute (NEI) researchers profiling epigenomic changes in light-sensing mouse photoreceptors have a clearer picture of how age-related eye diseases may be linked to age-related changes in the regulation of gene expression. The findings, published online April 21 in Cell Reports, suggest that the epigenome could be targeted as a therapeutic strategy to prevent leading causes of vision loss, such as age-related macular degeneration (AMD).