Experiments validate the possibility of helium rain in Jupiter and Saturn

An international team of researchers, including scientists from Lawrence Livermore National Laboratory, the French Alternative Energies and Atomic Energy Commission, the University of Rochester and the University of California, Berkeley, detail experimental evidence validating the existence of helium rain inside of planets like Jupiter and Saturn, supporting a nearly 40-year-old hypothesis.

A Wayne State University graduate student was one of 78 recipients of the Department of Energy's Office of Science Graduate Student Research program's 2020 Solicitation 2 cycle for his project, "Experimental Research in High Energy Physics."

The discovery that the nebulae surrounding the most powerful pulsars are pumping out ultra-high-energy gamma rays could rewrite the book about the rays’ galactic origins. Pulsars are rapidly rotating, highly magnetized collapsed stars surrounded by nebulae powered by winds generated inside the pulsars.

Argonne’s Katrin Heitmann has been elected the scientific spokesperson for the LSST Dark Energy Science Collaboration. This collaboration will address fundamental questions about the evolution of the universe with data from the Rubin Observatory. 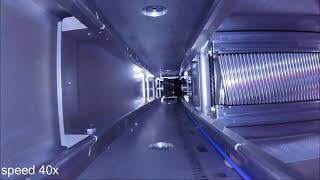 With this detection, scientists provided another confirmation of the Standard Model of particle physics. It also further demonstrated the ability of IceCube, which detects nearly massless particles called neutrinos using thousands of sensors embedded in the Antarctic ice, to do fundamental physics. The result was published March 10 in Nature.

Scientists of the P. N. Lebedev Physical Institute of the Russian Academy of Sciences (LPI RAS), the Moscow Institute of Physics and Technology (MIPT) and the Institute for Nuclear Research of RAS (INR RAS) studied the arrival directions of astrophysical neutrinos with energies more than a trillion electronvolts (TeV) and came to an unexpected conclusion: all of them are born near black holes in the centers of distant active galaxies powerful radio sources.

A complex high-energy nuclear physics experiment, aiming to measure the contributions of antiquarks to the structure of the proton and neutron, has produced results that are the opposite of what had previously been understood about proton structure and the dynamics of strong interacting antiquarks and gluons.

After 20 years, physicists find a way to keep track of lost accelerator particles

Physicists at Oak Ridge National Laboratory have developed a measurement technique to better understand beam loss—stray particles that travel outside the confinement fields of a particle accelerator. Mitigating beam loss is paramount to realizing more powerful accelerators at smaller scales and lower costs.

If copper was found in the core of Saturn it would have the same crystalline structure as the copper pipes found in many homes, according to new research from Lawrence Livermore National Laboratory (LLNL) and Johns Hopkins University. In a paper published today by Physical Review Letters, the research team reveals that copper maintains its crystalline structure at pressures ranging from one atmosphere (room pressure) to more than 30 million atmospheres.

Top-10 Science and Technology Achievements of 2019

In 2019, scientists at the U.S. Department of Energy’s (DOE) Brookhaven National Laboratory dove deeper into proton spin, took a leap in quantum communication, and uncovered new details of plant biochemistry, battery cathodes, catalysts, superconductors, and more. Here, in no particular order, are the biggest advances of the year.

Researchers at the Department of Energy’s Oak Ridge National Laboratory (ORNL) have developed a quantum chemistry simulation benchmark to evaluate the performance of quantum devices and guide the development of applications for future quantum computers.

Scientists at Berkeley Lab have developed a diamond anvil sensor that could lead to a new generation of smart, designer materials, as well as the synthesis of new chemical compounds, atomically fine-tuned by pressure.

An additively manufactured polymer layer applied to specialized plastic proved effective to protect aircraft from lightning strikes in lab test; injecting shattered argon pellets into a super-hot plasma, when needed, could protect a fusion reactor’s interior wall from runaway electrons; ORNL will celebrate the life and legacy of Dr. Liane Russell on December 20.

An international team of researchers, including two astrophysicists from the George Washington University, has observed a gamma-ray burst with an afterglow that featured the highest energy photons—a trillion times more energetic than visible light—ever detected in a burst.

Hubble Studies Gamma-Ray Burst with the Highest Energy Ever Seen

NASA’s Hubble Space Telescope has given astronomers a peek at the location of the most energetic outburst ever seen in the universe—a blast of gamma-rays a trillion times more powerful than visible light. That’s because in a few seconds the gamma-ray burst (GRB) emitted more energy than the Sun will provide over its entire 10-billion year life.

Rutgers engineers have embedded high performance electrical circuits inside 3D-printed plastics, which could lead to smaller and versatile drones and better-performing small satellites, biomedical implants and smart structures. They used pulses of high-energy light to fuse tiny silver wires, resulting in circuits that conduct 10 times more electricity than the state of the art, according to a study in the journal Additive Manufacturing. By increasing conductivity 10-fold, the engineers can reduce energy use, extend the life of devices and increase their performance.

Researchers working with Lynden Archer, Cornell’s James A. Friend Family Distinguished Professor of Engineering, have found a way to build a zinc-anode battery that not only has a high energy density, but is low cost, robust and stable, and has a life cycle that can be significantly prolonged.

Researchers can now map strain in lead halide perovskite solar cells. Their approach shows that misorientation between perovskite crystals is the primary contributor to the buildup of strain within the solar cell, creating defects in grain structure, interrupting electron transport and causing heat loss.

Researchers at Penn State and Delaware have developed a theoretical method to improve the efficiency of thin-film solar cells by up to 33 percent. Flexible thin-film solar cells are needed to supply electrical power to fabrics, clothing, back packs and anywhere that a local autonomous power supply is required.

Dmitri Denisov, a leading physicist and spokesperson of the DZero experiment, has been named Deputy Associate Lab Director for High Energy Physics at the U.S. Department of Energy’s (DOE) Brookhaven National Laboratory.

Light My Fire: How to Startup Fusion Devices Every Time

Researchers have constructed a framework for starting and raising a fusion plasma to temperatures rivaling the sun in hundreds of milliseconds.

The ATLAS experiment at CERN’s Large Hadron Collider (LHC) is ready to begin another chapter in its search for new physics. A significant upgrade to the experiment, called the U.S. ATLAS Phase I Upgrade, has received Critical Decision-4 approval from the U.S. Department of Energy (DOE), signifying the completion of the project and a transition to operations.

Scientists Seek to Harness the Power of Accelerators for Environmental Remediation

Two Jefferson Lab accelerator scientists have received funding to design accelerators that could be used for wastewater treatment, flue-gas cleanup and beyond.

Lukasz Fidkowski, an assistant professor of physics at the University of Washington, is one of the winners of a 2020 New Horizons in Physics Prize from the Breakthrough Foundation "for incisive contributions to the understanding of topological states of matter and the relationships between them."

Scientists at the Department of Energy’s Fermilab have announced that they achieved the highest magnetic field strength ever recorded for an accelerator steering magnet, setting a world record of 14.1 teslas, with the magnet cooled to 4.5 kelvins or minus 450 degrees Fahrenheit.

Particle Accelerators Drive Decades of Discoveries at Berkeley Lab and Beyond

This article and accompanying video highlight the decades of discoveries, achievements and progress in particle accelerator R&D at Berkeley Lab. These accelerators have enabled new explorations of the atomic nucleus; the production and discovery of new elements and isotopes, and of subatomic particles

When energy is added to uranium under pressure, it creates a shock wave, and even a tiny sample will be vaporized like a small explosion. By using smaller, controlled explosions, physicists can test on a microscale what could previously be tested only in larger, more dangerous experiments. In a recent experiment, scientists used a laser to ablate atomic uranium while recording chemical reactions as the plasma cooled, oxidized and formed species of more complex uranium. They discuss their work in this week’s Physics of Plasmas.

Through a collaboration with DOE’s Fermi National Accelerator Laboratory, Argonne is supplying the first eight of 116 superconducting cavities that will create a stream of neutrinos for Fermilab’s Deep Underground Neutrino Experiment (DUNE).

In the decade since Lawrence Livermore National Laboratory’s National Ignition Facility began operations, NIF has routinely heated and compressed matter to some of the most extreme temperatures and pressures ever obtained on Earth – temperatures of 100 million degrees and pressures 100 billion times that of the Earth’s atmosphere. More than 2,700 experiments have helped to ensure the current and future nuclear stockpile is safe, secure and effective; made significant progress toward fusion ignition; and yielded new insights about the stars and the universe while revealing phenomena like the metallization of hydrogen and the interiors of distant planets.

Improving the Magnetic Bottle That Controls Fusion Power on Earth

The exhaustive detection method that discovered the error field in the initial run of the NSTX-U tokamak could serve as a model for error-field detection in future tokamaks.

With high-energy X-rays, such as those that will be produced by the upgrade to Argonne’s Advanced Photon Source comes a potential hitch — the more penetrating the X-rays are, the higher a likelihood that researchers could run into problems with the image data. In a new study, researchers at Argonne have found a novel way to combat this image degradation.

A Trojan Horse for Fusion Disruptions

A day in the life of an accelerator designer

The U.S. Department of Energy (DOE) announced $75 million in funding for 66 university research awards on a range of topics in high energy physics to advance knowledge of how the universe works at its most fundamental level. 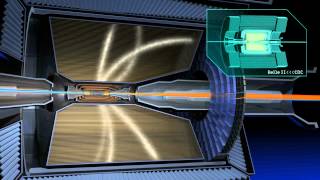 The Belle II experiment at Japan’s SuperKEKB particle accelerator started its first physics run in late March. But a key part of the experiment is taking place half a world away, using computing resources and expertise at Brookhaven National Laboratory, the lead laboratory for U.S. collaborators on Belle II.

The ‘Little’ Computer Cluster That Could

A computer cluster, which switched off April 1, had a storied history in serving high-energy physics and nuclear physics experiments.

A Breakthrough in the Study of Laser/Plasma Interactions

A new 3D particle-in-cell simulation tool developed by researchers from Lawrence Berkeley National Laboratory and CEA Saclay is enabling cutting-edge simulations of laser/plasma coupling mechanisms. More detailed understanding of these mechanisms is critical to the development of ultra-compact particle accelerators and light sources.