Michigan Opts Out of Physician Supervision of CRNAs

Michigan is now the 20th state to opt out from federal regulations that require physician supervision of Certified Registered Nurse Anesthetists (CRNAs). The American Association of Nurse Anesthesiology (AANA) reports that the governors of 19 additional states and Guam have exercised such exemptions. 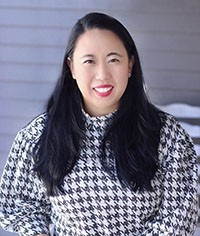 Academy of Nutrition and Dietetics

The Academy of Nutrition and Dietetics, the world’s largest organization of food and nutrition professionals, has appointed three registered dietitian nutritionists to three-year terms as media spokespeople and reappointed four spokespeople to another term.

By: Mark Blackwell Thomas | Published: March 17, 2021 | 3:09 pm | SHARE: It’s been seven years since the city of Flint, Michigan responded to a budget shortfall by switching its water source from Detroit, which draws from Lake Huron, to the Flint River. That move set off a years-long health crisis that has devastated lives and led to the indictment of the state’s former governor and eight other public officials.

Is opioid treatment available to those who need it most?

The U.S. opioid epidemic is still raging – it’s particularly pronounced in low-income areas and in those where people lack access to health care services, which includes cities in Michigan and across the Rust Belt. But the effectiveness of efforts to provide treatment and recovery options to those who need it most – that is, in locations with the greatest number of deaths from opioid overdose – has been unclear.

Faculty from Michigan State University received a $3.3 million grant from the National Institutes of Health for an experiment to improve the health of Detroit’s residents by cultivating green spaces in the city.

The Detroit Cardiovascular Training Program at Wayne State University received notice that funding from the National Heart, Lung, and Blood Institute of the National Institutes of Health (NIH) will continue for the next five years with additional funding of $1.29 million. In addition, NIH has approved raising the trainee slots from four to six, strengthening the university’s ability to attract the most talented candidates searching for a cardiovascular graduate program.

Study: More Than One-Third of Patients Risking Major Bleeding By Doubling Up on Blood Thinners

A new study finds patients were taking too many antithrombotics for no reason, leading to a significant increase in bleeding events.

Only the Lonely: Poll Shows Many Older Adults, Especially Those with Health Issues, Feel Isolated

One in four older adults say they feel isolated from other people at least some of the time, and one in three say they lack regular companionship, according to a new national poll. Those feelings of loneliness showed up most in people aged 50 to 80 who also reported they had health issues and unhealthy habits, the poll shows. The new findings amplify research that has shown links between chronic loneliness and health issues ranging from memory loss to shorter lives. 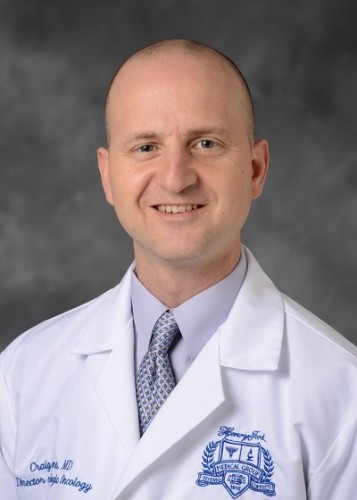 A study from the University of Michigan Rogel Cancer Center sought to improve nurses’ handling of chemotherapy by delivering an educational intervention with quarterly reminders and tailored messages. But despite the strong study design and quality intervention, it did not increase use of protective gear. 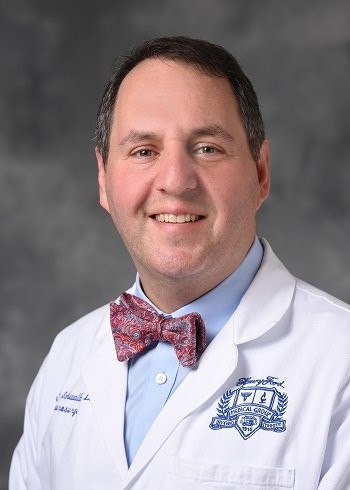 Neurosurgeon Jason Schwalb, M.D., with help from the team at the Henry Ford Comprehensive Epilepsy Center, implanted the first complete Deep Brain Stimulation system in Michigan for the treatment of Epilepsy. 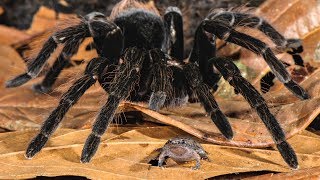 Warning to arachnophobes and the faint of heart: This is the stuff of nightmares, so you might want to proceed with caution. A University of Michigan-led team of biologists has documented 15 rare and disturbing predator-prey interactions in the Amazon rainforest including keep-you-up-at-night images of a dinner plate-size tarantula dragging a young opossum across the forest floor.

Having a family member with persistent opioid use may be a risk factor for young adults continuing prescriptions long after their own surgeries, a new Michigan Medicine study suggests.

A statewide collaborative is identifying ways to improve patient care for hip and knee replacements through quality improvement projects.

Read Across America day celebrates the joys of reading, but how many children and adults struggle with literacy? And is literacy the key to science learning? MSU education experts are available to talk about these and other literacy topics.

A new study helps determine the role of pesticides and pollutants during the course of the progressive neurodegenerative disease that has no cure.

Examining the autoimmune disease at the molecular level led researchers to a specific molecule that could be contributing to the disease progression in patients.

New research explores stem cells in the rotator cuff in hopes of understanding why fatty accumulation happens at the tear site, instead of proper muscle healing.

Two recently awarded grants hope to help women with physical disabilities determine whether or not to become pregnant and reduce the associated stigma. 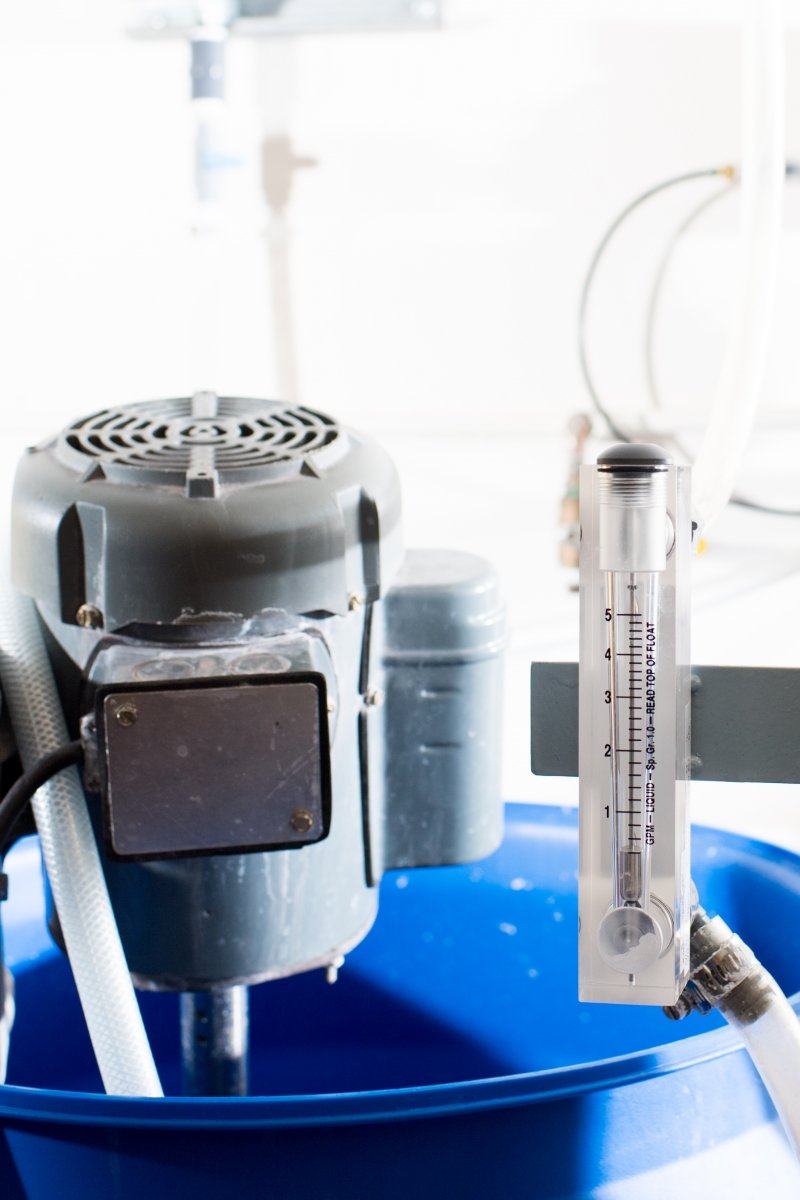 Capturing and Converting Carbon Dioxide into a Useful Product

Removing carbon dioxide from power plant emissions is a good idea to start with — and it may have an extra economic benefit. A Michigan Tech engineering is presenting their results this week on turning carbon dioxide into oxalic acid, which is used to process rare earth elements for electronic devices.

Dogs, like people, have moods and personality traits that shape how they react in certain situations. New findings from Michigan State University went where few researchers have gone before to reveal that, also like humans, dogs’ personalities likely change over time.

Systemic Scleroderma Treatments: Where Are We Now?

A new and novel outcome measure is being used to determine effectiveness of new scleroderma treatments. Learn how Michigan Medicine is leading the way.

A pair of Affordable Care Act clauses had a sizable effect on the ability of people with diabetes to get health insurance, a new study suggests. Before the requirements took effect, the percentage of people with private health insurance who had diabetes had declined, but it began to increase again after the ACA required insurers to accept people with pre-existing conditions, and limited their ability to charge higher rates to older people.

How to treat depression in prison – and why it matters

In the first randomized study of its kind, Michigan State University researchers found a solution to meet care and cost needs for treating prisoners' depression. 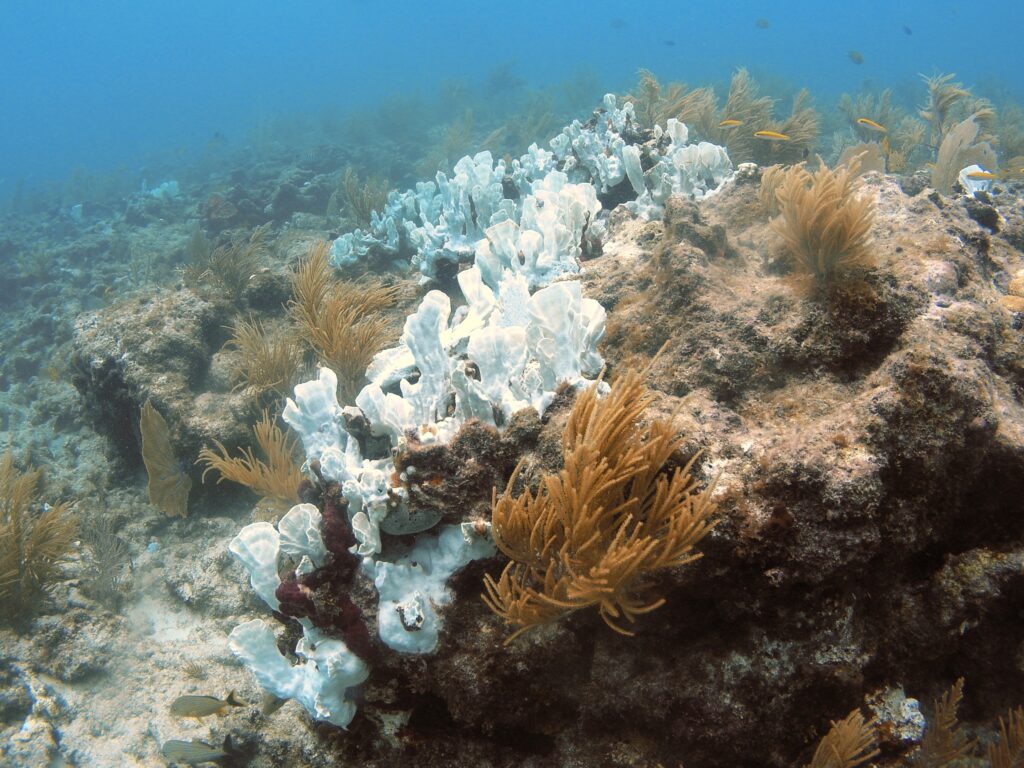 Total human carbon dioxide emissions could match those of Earth's last major greenhouse warming event in fewer than five generations, according to a new University of Michigan study.

What misdeeds warrant corporate death penalties? A new study explores two case studies focused on industries that kill more people than they employ. The study lays out the rationale for establishing an actionable threshold and offers insights into solutions. Using case studies in coal and tobacco, it calculates the number of deaths attributed to the coal and tobacco industries and finds surprising results.

Plants are master chemists, and Michigan State University researchers have unlocked their secret of producing specialized metabolites. The research, published in the latest issue of Proceedings of the National Academy of Sciences, combined plant biology and machine learning to sort through tens of thousands of genes to determine which genes make specialized metabolites.

Seven in 10 parents think they should have a say in whether dispensaries are located near their child’s school or daycare and most say they should be banned within a certain distance of those facilities.

Michigan State University scientists have identified a master control mechanism on mast cells, a type of immune cell, that can prevent the immune system from overreacting in times of stress, potentially limiting, or even stopping allergic reactions from happening.

Opportunities once distant to the hard-of-hearing community will become a reality with a breakthrough sign language translator. Engineers from Michigan State University developed and patented a technology that – unlike prior translator mechanisms – is non-invasive and as portable as a tube of Chapstick.

Suppose you live in a brick house and notice cracks in the mortar that let in cold air, rain and insect pests. You might call a brick mason to repair those leaks and to restore the barrier that keeps the great outdoors from getting inside.

Researchers from the University of Michigan Rogel Cancer Center have found that a genetic mutation seen in about half of all brain tumors produces a response that prevents radiation treatment from working. Altering that response using FDA-approved drugs restores tumors’ sensitivity to radiation therapy, extending survival in mice.

Even as Hospitals Cut Risky Antibiotic Use In-House, Patients Often Go Home with Them

Even as hospitals try to cut back on prescribing powerful but risky antibiotics called fluoroquinolones, a new study shows that many patients still head home with prescriptions for the drugs -- increasing their risk of everything from "superbug" infections to torn tendons. In fact, the hospitals that are actively trying to reduce inpatient fluoroquinolone use were twice as likely to discharge patients with a new prescription for one of them.

Henry Ford Cancer Institute oral cancer patient Marlene Calverley, a minimally-invasive sentinel node biopsy meant having three instead of 30-60 lymph nodes removed, and a two-inch scar instead of a five-to-six-inch scar. It also meant no neck drains, no physical therapy, and a decreased risk of complications.

The use of recycled concrete aggregate (RCA) in concrete production can lead to a significant reduction in the Modulus of Elasticity (MOE).

Why Mr. Nice could be Mr. Right

The key to relationship happiness could be as simple as finding a nice person. And, despite popular belief, sharing similar personalities may not be as important as most people think, according to new research from Michigan State University.

Newly approved gene therapy is offering a hopeful outlook to some patients with inherited eye disease including a 7-year-old who received treatment at Michigan Medicine.

During Macular Degeneration Awareness Month, learn the risk factors for the No. 1 cause of blindness among people over age 50.

It's long been known that couples HIV testing and counseling is an effective way to mutually disclose HIV status and link to health care––unfortunately, couples don't use it even though it's widely available.

Researchers at the University of Michigan Rogel Cancer Center have cataloged circular RNA in multiple cancers and conducted initial research that suggests these stable structures could serve as cancer biomarkers in blood or urine.

Building a circle of trusted adults around a suicidal teen, to support them during vulnerable times, may have long-term effects that reduce their risk of dying young, a new study suggests. About 12 years after the teens were hospitalized for suicidal behaviors, far more of the young people who got standard care had died, compared with young adults in the group that had received the extra adult support.

The University of Michigan Museum of Natural History announced today it will re-open to the public Sunday, April 14, in a brand-new building.

What Drives Patients to Use Medical Marijuana: Mostly Chronic Pain