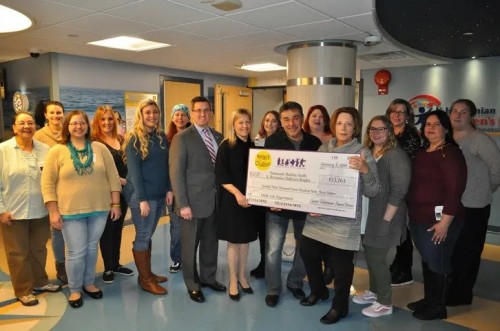 Jersey Shore University Medical Center is one of 16 hospitals in the nation to earn AARC Apex Recognition Award. 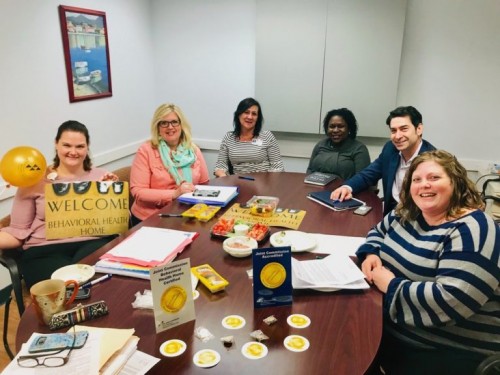 Behavioral Health program at Hackensack Meridian Health Jersey Shore University Medical Center goes above and beyond standard accreditation to care for those with behavioral health conditions as well as chronic medical conditions.

Those with B-cell lymphomas that do not respond to standard therapies now have another treatment option in New Jersey, as CAR-T cell therapy is now being offered at Robert Wood Johnson University Hospital New Brunswick, an RWJBarnabas Health facility, in conjunction with Rutgers Cancer Institute of New Jersey. 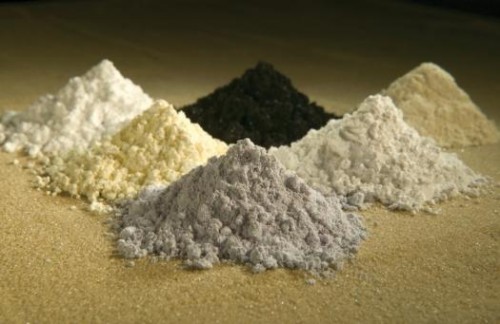 Researchers have found a possible new source of rare earth elements – phosphate rock waste – and an environmentally friendly way to get them out, according to a study published in The Journal of Chemical Thermodynamics. The approach could benefit clean energy technology, according to researchers at Rutgers University–New Brunswick and other members of the Critical Materials Institute, a U.S. Department of Energy effort aimed at bolstering U.S. supply chains for materials important to clean energy. 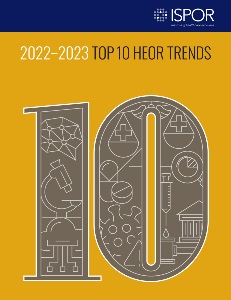 ISPOR—the professional society for health economics and outcomes research, announced a new webinar on the "ISPOR 2019 Top 10 HEOR Trends" report. The free webinar will be held on March 22, 2019 and is open to both ISPOR members and non-members. 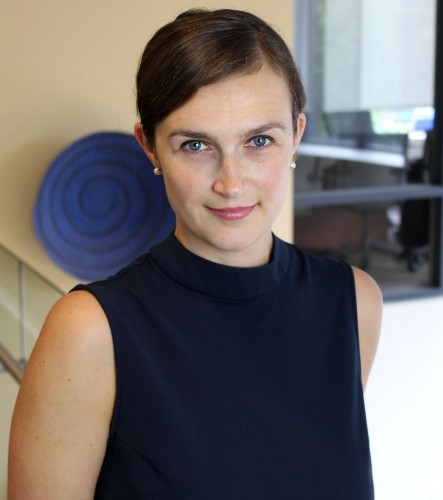 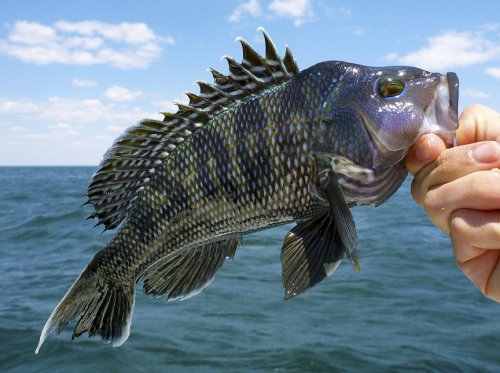 Climate change has taken a toll on many of the world’s fisheries, and overfishing has magnified the problem, according to a Rutgers-led study in the journal Science today.

Study shows that young adults may hurt themselves on purpose, specifically to feel physical pain 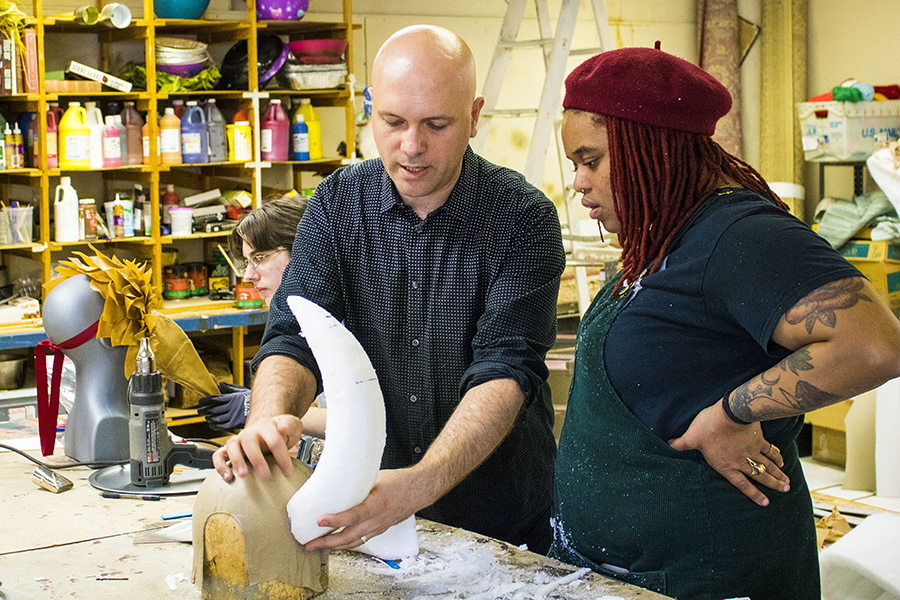 In a recent Rutgers study, 38 percent of patients discharged from the emergency department had at least one drug interaction resulting from a newly prescribed medicine. 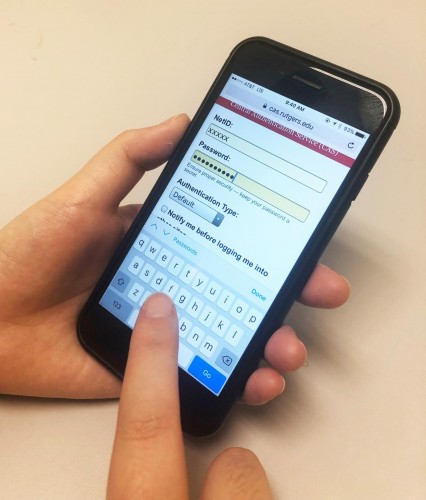 How good is the research on the success or failure of the system that verifies your identity when you log into a computer, smartphone or other device? Chances are it’s not good, and that’s a major security and privacy issue that should be fixed, according to a Rutgers University–New Brunswick study that proposes a novel solution.

The Coriell Institute for Medical Research today announced it is expanding its leadership team by welcoming two skilled scientists to fill two new roles. Jaroslav Jelinek, M.D., Ph.D., will serve as the Institute’s new Chief Research Officer and Jozef Madzo, Ph.D., will join the Institute as its new Director of Bioinformatics. Both are scheduled to start on Feb. 28. 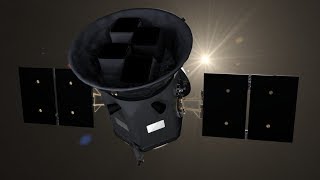 Rutgers Student Pedro Gerum recently landed an internship at NASA’s Ames Research Center in California, where he will be working on the agency’s TESS (Transiting Exoplanet Survey Satellite) mission to help discover exoplanets. 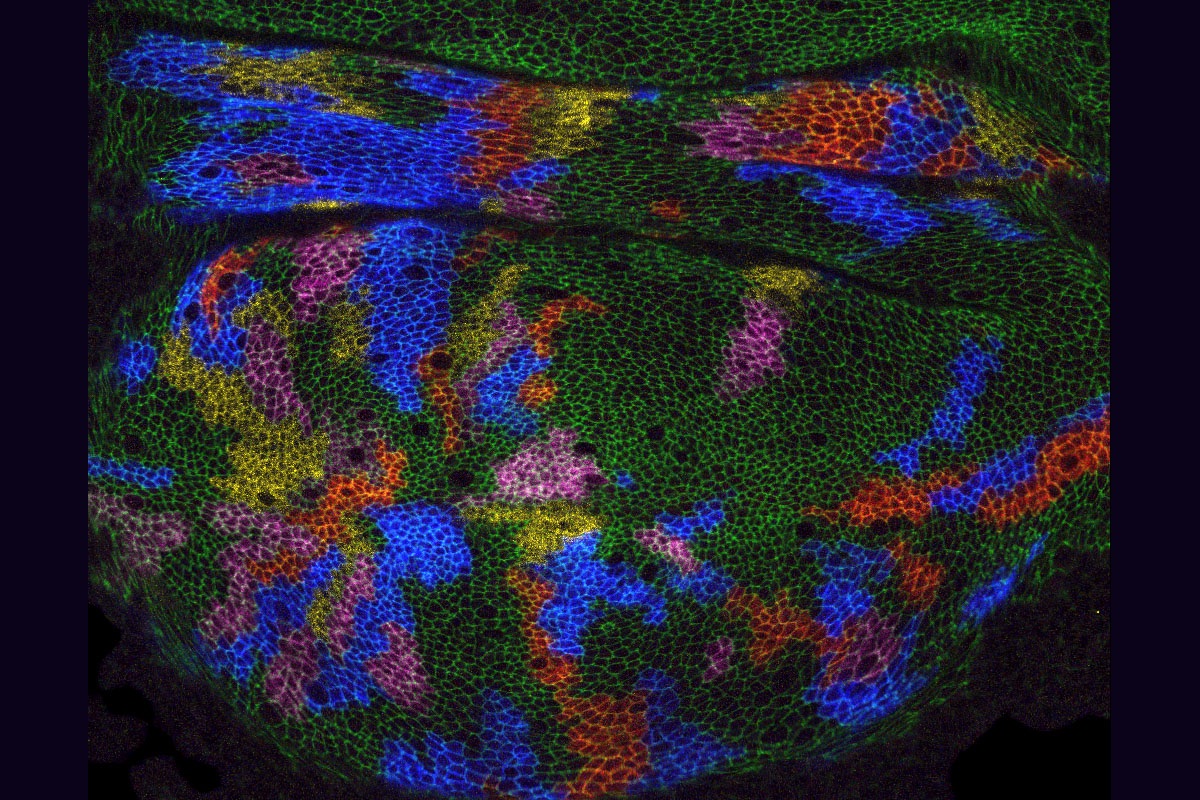 How do fruit flies grow their wings? Rutgers scientists discovered a surprising answer that could one day help diagnose and treat human genetic diseases. Even when scientists manipulate cells to change how they divide, the shape of a fruit fly’s wing remains the same. The discovery changes the scientific understanding of how organs form, according to a Rutgers University–New Brunswick study in Current Biology. 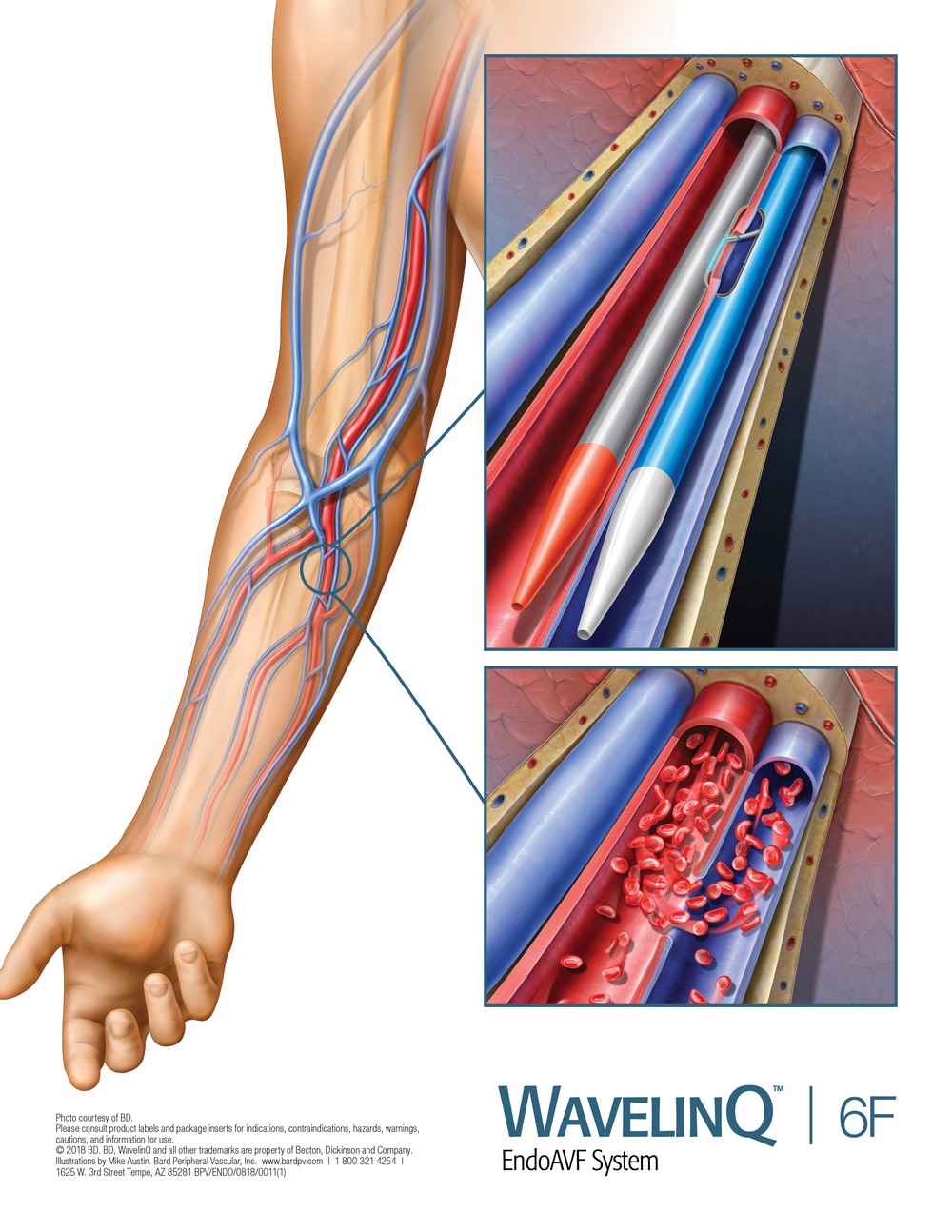 The WavelinQ uses radio frequency (RF), to create the connection between a vein and artery, called a fistula, which is an important step in dialysis treatment for patients. This endo-AVF (arteriovenous fistula) procedure marks the first major advancement in fistula creation in the last 50 years. 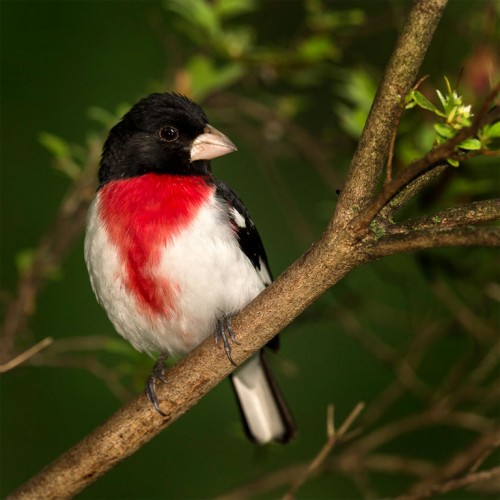 Simply protecting small forests will not maintain the diversity of the birds they support over the long run, a Rutgers-led study says. Forests need to be carefully monitored and managed to maintain their ecological integrity. 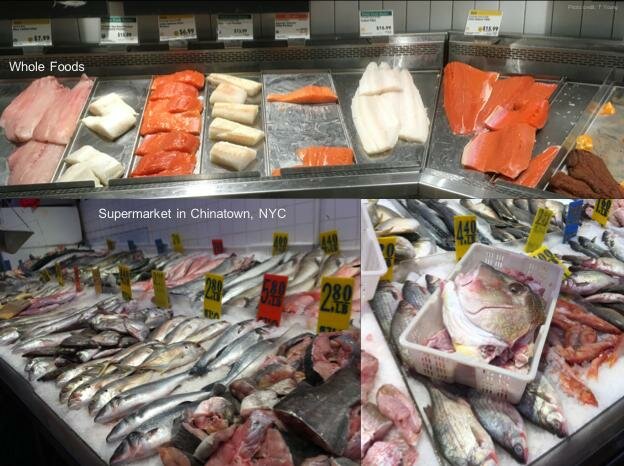 As the oceans warm in response to climate change, fishing boats in the Mid-Atlantic that focus on only one or two species of fish are traveling more than 250 miles farther north than they did 20 years ago, while others catching a wide diversity of species have not changed fishing location, reported Talia Young, a postdoctoral research associate in ecology and evolutionary biology at Princeton.

When money is tight, single mothers spend more of their health care dollars on their children than themselves, while two-parent families are less likely to make changes, according to a Rutgers study. 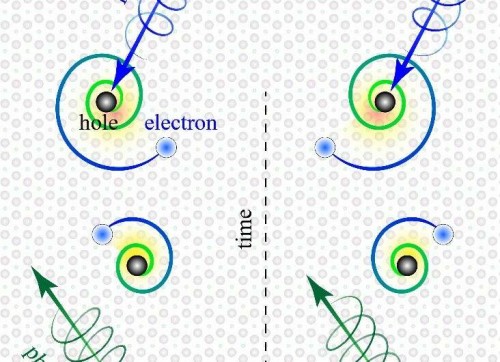 Rutgers and other physicists have discovered an exotic form of electrons that spin like planets and could lead to advances in lighting, solar cells, lasers and electronic displays. It’s called a “chiral surface exciton,” and it consists of particles and anti-particles bound togeth-er and swirling around each other on the surface of solids, according to a study in the Proceedings of the National Academy of Sciences.

Programs to prevent HIV in transgender women are helping to lower the rate of new infection but better care and treatment of this vulnerable population is still needed, especially among those of lower income or people of color, according to a new Rutgers study. 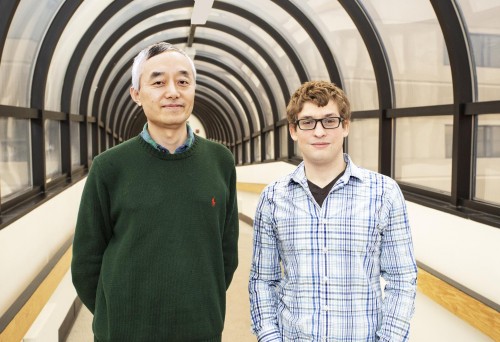 Value in Health, the official journal of ISPOR, announced the publication of new research showing that the use of cost-effectiveness opinions issued by the French National Health Authority improved the information available to support the pricing decisions for new hepatitis C drugs.

Smoking more than 20 cigarettes a day can damage your vision, a study co-authored by a Rutgers researcher finds.

SAVE THE DATE: American Neurological Association announces key science to be presented at 144th Annual Meeting October 13-15, 2019 in St. Louis

The American Neurological Association (ANA), the professional organization representing the nation’s top academic neurologists and neuroscientists, has announced the key areas of science to be explored at its 144th Annual Meeting, October 13-15, 2019 at the Marriott St. Louis Grand.

Investigators at Rutgers Cancer Institute of New Jersey have found that a surgical procedure, when used as a first-line therapy for a form of testicular cancer known as seminoma, is associated with favorable survival rates.

Value in Health, the official journal of ISPOR, announced the publication of new research suggesting that there is no standardized method to measure adherence to multiple medications (MMA), nor is there agreement between researchers on how to use a specific existing measure to calculate MMA.

Value in Health, the official journal of ISPOR, announced the publication of new research showing that the use of financial incentives to encourage engagement with tobacco quit line treatment is a cost-effective option to enhance smoking cessation rates for low-income smokers.

Community-based exercise programs can improve physical fitness and quality of life for people with cancer, a Rutgers study finds. 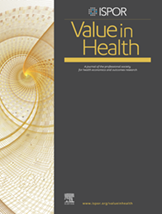 Southern courts favor physicians in malpractice lawsuits over facial trauma treatment, while courts in the Midwest favor patients, according to a Rutgers study. The study, which was published in the Journal of Oral and Maxillofacial Surgery, is the first to explore facial trauma litigation. It also found that outcomes in facial trauma lawsuits generally favor physicians, with nearly three-fourths of cases being dismissed before trial. 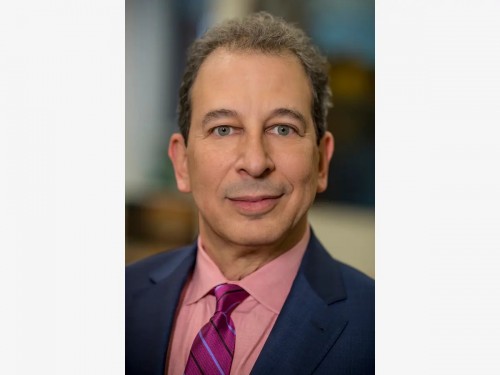 A Rutgers-led team has discovered two genes that make some strains of harmful Staphyloccocus bacteria resistant to treatment by copper, a potent and frequently used antibacterial agent. The discovery shows that Staphyloccocus aureus can acquire additional genes that promote infections and antibacterial resistance and may open new paths for the development of antibacterial drugs, according to a study in the Journal of Biological Chemistry. 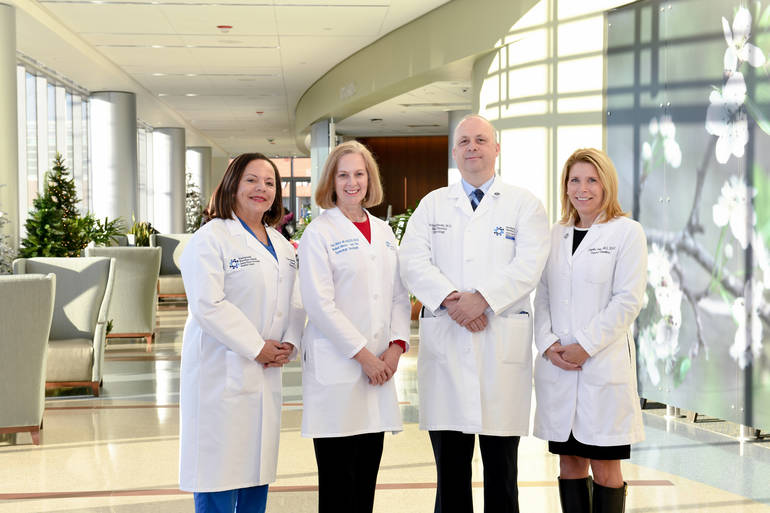 Hackensack Meridian Health Jersey Shore University Medical Center now offers one of the only comprehensive High Risk Genetics Clinics in the region. The clinic provides support for men, women and families who are predisposed to cancer causing genes, or are currently living with cancer.

Structure of Virus That Infects Bacteria in Hot Springs is Revealed

Scientists have revealed the structure of a virus infecting bacteria that thrive in 160-degree hot springs in places like Yellowstone National Park in Wyoming. The discovery could lead to better targeted delivery of drugs into cells and new DNA sequencing technology, according to a study by Rutgers and other scientists in the Proceedings of the National Academy of Sciences.

MERMAIDs reveal secrets from below the ocean floor

Seismologists use waves generated by earthquakes to scan the interior of our planet, much like doctors image their patients using medical tomography. Earth imaging has helped us track down the deep origins of volcanic islands such as Hawaii, and identify the source zones of deep earthquakes.

Shopping for fitness wearables? Study says it's the information that motivates, not the device

Researchers at Atlantic Sports Health found people using wearable fitness trackers mere more motivated when they had access to the information they provide, not just from wearing the device.

Pennington, NJ – (January 31, 2019) – Since 2018, all the members of the German consortium of The Electrochemical Society (ECS) led by the Technische Informationsbibliothek (TIB) – German National Library of Science and Technology have benefited from a special publishing option: ECS grants all institutions participating in its program an unlimited number of article processing charge (APC) credits.

South Asians at Risk for Tuberculosis Often Are Not Tested

Many South Asian immigrants from countries where tuberculosis (TB) is common do not get tested even though they are at high risk for developing the disease, according to a recent study by Rutgers University and St. Peter’s University Hospital.

Extremely high blood pressure that leads to strokes, heart attacks and acute kidney damage, classified as hypertensive emergency, is five times higher in inner-city African-American patients than the national average, according to a recent study co-lead by a Rutgers researcher.