National Farmers Market Week Kicks Off Sunday, and D.C. Ranks #1 in the U.S.

Aug. 2-8 marks National Farmers Market Week! D.C. ranks number one for farmers markets among the 100 largest U.S. cities according to the 2020 American Fitness Index rankings published by ACSM and the Anthem Foundation. More than 8,600 farmers markets currently operate across the U.S., stimulating the local economy and providing access to nourishing food.

Concussions are associated with cognitive, behavioral, and emotional health consequences for student athletes

Concussions can have a compounding effect on children, leading to long-term cognitive, behavioral, and emotional health consequences, according to researchers at The University of Texas Health Science Center at Houston (UTHealth), who published their findings in the American Journal of Sports Medicine.

High school athletes sustaining a concussion require careful attention when determining return-to-sport (RTS) readiness. The purpose of this study was to determine epidemiological and RTS data of a large cohort of high school athletes who sustained 1 or more concussions.

Training Loads Are Related to Injury in Junior Tennis Players

Expert says the new normal for high school and college athletes will include frequent testing, adherence to safety guidelines and flexibility as science and data evolve

A Majority of Youth Football Helmets Do Not Fit Properly, a Risk Factor for More Severe and Lengthy Concussions

New research found that the majority (74%) of football players’ helmets in youth football (7-12 years old) did not meet at least one component of the 13 criteria developed for proper football helmet fit. Improper fit is a critical risk factor for increased concussion symptoms and duration.

A blood biomarker in people who have had concussions may be just as accurate at predicting the severity of the injury and how long it will last as biomarkers that are obtained through more expensive and invasive tests, according to a study published in the July 8, 2020, online issue of Neurology®, the medical journal of the American Academy of Neurology.

As professional sports look to make a phased return behind closed doors across much of Europe, researchers from the University of Bath caution that the prolonged individual training players have been exposed to for months is insufficient to help athletes maintain the physical fitness and mental strength they need for competition.

The American Medical Society for Sports Medicine (AMSSM) has released a position statement regarding “Sexual Violence in Sport”.

At the Heart of the Matter: ACSM Updates Recommendations to Prevent Cardiovascular Events at Fitness Facilities

Two articles stemming from meetings of the Spine Injury in Sport Group (SISG) were published today in the Journal of Athletic Training, the National Athletic Trainers’ Association (NATA) scientific publication. The first, Best Practices and Current Care Concepts in Prehospital Care of the Spine-Injured Athlete in American Tackle Football Players, outlines best practices and practical applications. Consensus Recommendations on the Prehospital Care of the Injured Athlete with a Suspected Catastrophic Cervical Spine Injury, outlines the Delphi process, which identified eight key questions to be answered by systematic review and was used to come to a consensus. The review screened 1,544 studies, 49 of which were included in the final full-text review.

When is the Optimal Time for Knee Surgery and Rehabilitation After Knee Dislocation?

A new clinical trial aims to discover the optimal time for surgery after a knee dislocation, and when to begin rehabilitation post-surgery.

Even Without Concussion, Athletes in Contact Sports May Have Brain Changes

Female college rugby players may have subtle brain changes even if they haven’t had a recent concussion, according to a new study published in the June 17, 2020, online issue of Neurology®, the medical journal of the American Academy of Neurology.

A Henry Ford Hospital study published in the Journal of Arthroscopic and Related Surgery has found that patients who underwent knee surgery and other types of sports medicine procedures could manage their pain without opioids or a minimal dosage. “This is a large prospective study and our hope is that non-opioid use will gain momentum and that others may tweak our protocol and use it throughout orthopedics, from joint surgery to spine surgery and other surgeries” says Vasilios (Bill) Moutzouros, M.D., chief of Sports Medicine, a division of the Department of Orthopedic Surgery and the study’s lead author.

Botox Is an Effective Treatment for Some Common Sports Injuries, New Research Suggests

While botulinum toxin is commonly known as a cosmetic treatment for facial lines and wrinkles, a growing body of evidence suggests that “Botox” can also be an effective treatment for certain sports injuries and chronic pain conditions, according to a review in the June issue of Current Sports Medicine Reports, official journal of the American College of Sports Medicine (ACSM). The journal is published in the Lippincott portfolio by Wolters Kluwer.

The results of a new scientific survey of more than 10,000 people across 45 states provides insight into Americans' perceptions and expectations around a return to youth sports amid the novel coronavirus pandemic.

A multidisciplinary team of clinicians and researchers led by UPMC Sports Medicine has developed guidelines to assist coaches, athletic trainers and organizers creating a safe environment for youth athletes, fans and staff as they consider a return to play.

An emerging surgical technique added to the standard anterior cruciate ligament (ACL) reconstruction in high-risk adolescent athletes resulted in zero re-tears and zero graft failures after a minimum follow-up of two years, according to preliminary results from patients who were treated at Hospital for Special Surgery (HSS). These results, from 28 patients under age 20, are the first to emerge from a larger study currently in progress. This study is available online as part of the AAOS 2020 Virtual Education Experience.

A new study finds the use of HGH treatment in patients that have undergone ACL reconstructive surgery may prevent the loss of muscle strength and weakness.

A new study finds that cold water therapy affects blood flow to individual muscles of the leg differently and is dependent on the temperature of the water. The first-of-its-kind study is published ahead of print in the Journal of Applied Physiology.

A new study released as part of the American Academy of Orthopaedic Surgeons’ (AAOS) Virtual Education Experience determined that despite increased awareness of concussions in high school athletics and traumatic brain injury (TBI) laws, the incidence continues to rise. Analysis of injury data from 2015 to 2017 is the latest to be reported in a 13-year study to evaluate the trends in reported concussion proportions and rates across nine high school sports.

Research published today indicates that screenings that incorporate an ECG are more effective at detecting cardiac conditions that put athletes at risk, and more efficient in terms of cost-per-diagnosis of at-risk players, than screenings involving only a physical exam and patient history.

If you're looking for health and fitness story ideas, view these research highlights from ACSM’s flagship research journal Medicine & Science in Sports & Exercise®.

AMSSM has selected two Junior Traveling Fellows for the 2020 trip to New Zealand with Senior Fellow Margot Putukian, MD, FAMSSM, who is a Past President of AMSSM and the AMSSM Foundation.

A postmortem exam of the brain remains the gold standard for diagnosing chronic traumatic encephalopathy, or CTE, the neurodegenerative brain disease believed to arise from repeated hits to the head. Yet a small but by no means trivial number of former professional football players say they have received a diagnosis of CTE, according to a new study. Even though the results are based on player self-reports rather than on documented clinical diagnoses, the researchers say their findings are alarming for a number of reasons.

In honor of Autism Awareness Month, ACSM partners with ACSM Certified Exercise Physiologist® to share three evidence-based teaching strategies to help get those with autism moving

Increasing Muscle Size and Strength, Exergames and Older Adults and Treadmills and Cancer Care from Medicine & Science in Sports & Exercise

If you're looking for health and fitness story ideas, view these research highlights from ACSM’s flagship research journal Medicine & Science in Sports & Exercise®.

The author calls for the establishment of an independent international safeguarding agency for sports to handle athlete disclosures, investigate and process allegations, and to support victims of abuse. The expertise developed could then be used for preventive efforts. This agency would have to have sufficient cash and clout to be effective.

An increased awareness of concussion risks in young athletes has prompted researchers to use a variety of head impact sensors to measure frequency and severity of impacts during sports. A new study from Children’s Hospital of Philadelphia (CHOP) shows these head sensors can record a large number of false positive impacts during real game play. The CHOP team’s study emphasizes that an extra step to video-confirm the sensor data is essential for research and for use of this data in injury prevention strategies for player safety.

The American Medical Society for Sports Medicine and its Collaborative Research Network (CRN) are pleased to announce the recipients of a $150,000 research grant. 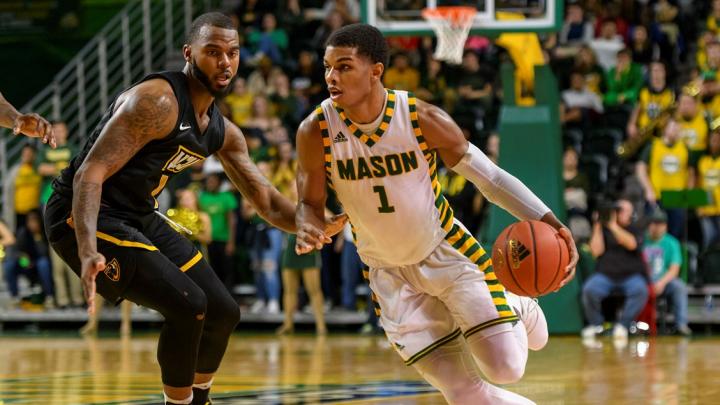 College athletes participating in indoor sports, especially African-Americans, might be vitamin D deficient and put themselves at risk of injury or poor performance according to a study recently published in the journal Nutrients.

Two Weeks After Sports-Related Concussion, Most Patients Have Not Recovered

Less than half of patients with sports-related mild traumatic brain injury (mTBI) achieve clinical recovery within two weeks after injury, reports a study in Clinical Journal of Sport Medicine. The journal is published in the Lippincott portfolio by Wolters Kluwer.

Running in the Cold: Tips to Help You Stay Warm, Healthy and Safe

It’s perfectly fine if you prefer indoor tracks and treadmills to the cold outdoor air for your daily running. But running in cold weather is OK, too—as long as you take the right precautions.

The American College of Sports Medicine (ACSM) Foundation welcomes recently elected new members to its board of directors.

If you're looking for health and fitness story ideas, view these research highlights from Exercise and Sport Sciences Reviews and Medicine & Science in Sports & Exercise®, ACSM’s flagship research journal.

ACSM announces a new partnership with USA Weightlifting (USAW), the sole governing and coaching certification body for weightlifting in the U.S. The agreement expands professional growth opportunities for ACSM and USAW, their members and certified professionals in the fitness industry.

Need a Personal Trainer? Here's Why New and Experienced Exercisers Should Have One.

“Exercise can be dangerous if done incorrectly. Most people can get away with horrible form for only a short time before an injury occurs,” says William Wunderlich, personal training coordinator at LifeBridge Health & Fitness. “Why waste your time with trial and error when you can find a personal trainer who can help make sure your workouts are being done the right way?”