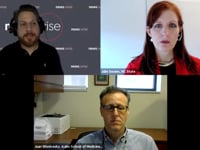 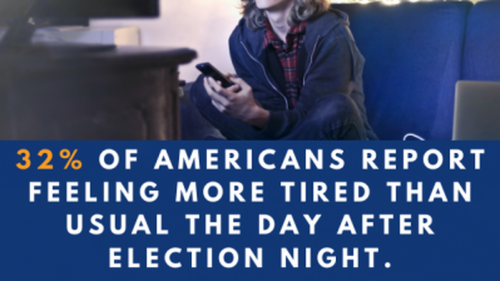 Nearly One in Three Americans Sacrifice Sleep on Election Night

A survey from the American Academy of Sleep Medicine (AASM) finds that 32% of Americans are more tired than usual the day after election night. Poor sleep on election night is fueled by later bedtimes, blue light exposure and the physical and mental tolls of election uncertainty amidst the COVID-19 pandemic. 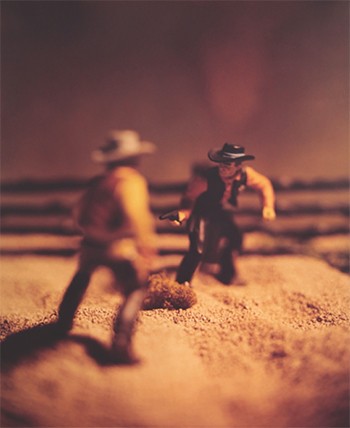 Can art help doctors better understand their patients and address racial disparities? An innovative collaboration at the University of Alabama at Birmingham uses art to help medical students hone their observational skills, in order to make more accurate diagnoses. “Prescribing Art: How Observation Enhances Medicine” is a partnership between the School of Medicine, the Abroms-Engel Institute for Visual Arts and the Birmingham Civil Rights Institute.

The FAA has extended funding for the Maryland Smith-supported consortium that has developed decision support tools, operational and system concepts, and policymaking tools that benefit the FAA, the airline industry and the flying public. 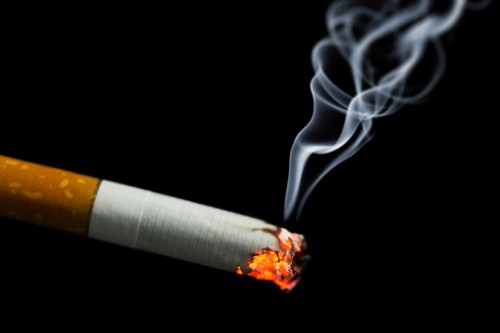 Rural counties continue to rank lowest among counties across the U.S., in terms of health outcomes. A group of national organizations including the Robert Wood Johnson Foundation and the National 4-H Council are leading the way to close the rural health gap.

Understanding and integrating patients’ cultural beliefs into cancer treatment plans may help improve their acceptance of and adherence to treatment in multicultural settings. Researchers examined traditional Maya healers’ understanding of cancer and published their findings online today in the Journal of Global Oncology. 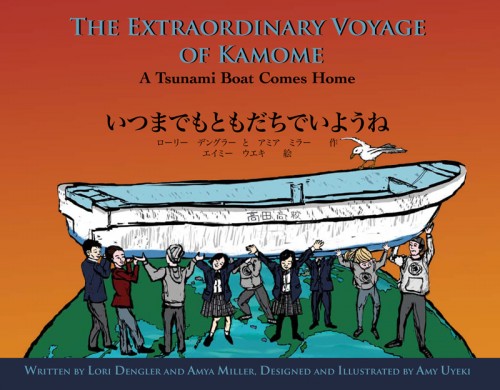 A small fishing boat swept into the ocean by the 2011 tsunami off the coast of Japan washed ashore two years later in Northern California the subject of new children's book. 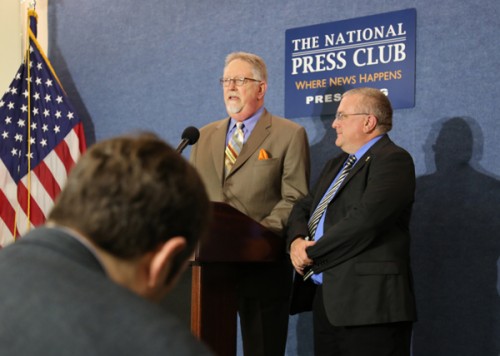 Dean Headley, Airline Quality Rating co-author from Wichita State University, will announce this year's holiday forecast for air travelers at 11 a.m. EDT Thursday, Sept. 10. Find out how you can participate in the virtual news conference.

Children Exposed to Multiple Languages May Be Better Natural Communicators

Young children who hear more than one language spoken at home become better communicators, a new study from University of Chicago psychologists finds.

A study by Michael Olson at UT finds that spouses' automatic attitudes, not their more thoughtfully held conscious attitudes, are a good predictor of marital satisfaction. It is the first study to look at the long-term implication of automatic attitudes—positive or negative thoughts, feelings or actions that one might not be aware of having toward an object or person. 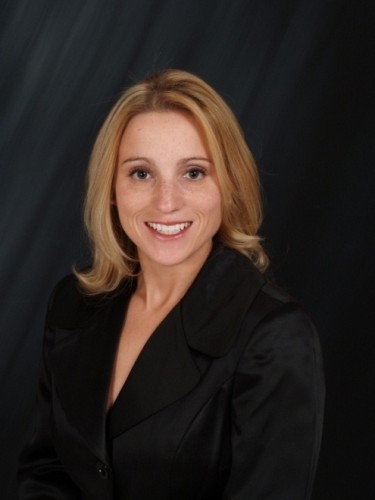 Newswise invites press release submissions from new and current members for inclusion in our Theme Wires on a variety of topics, including; Cancer Research, Environment and Climate Change, Nutrition, and Mental Health. Each wire is also open for sponsorships to promote your organization’s campaign, product, service, or news.

In his new book, "World War I: The Global Revolution," Dr. Lawrence Sondhaus moves beyond dusty European history lessons to explore the war as a launching point for the political, social and technological forces that have shaped the 20th and 21st centuries.

University of Washington sociologists are studying naval records of mutinies as a way to see how modern-day ill-treatment toward subordinates can lead to violence. 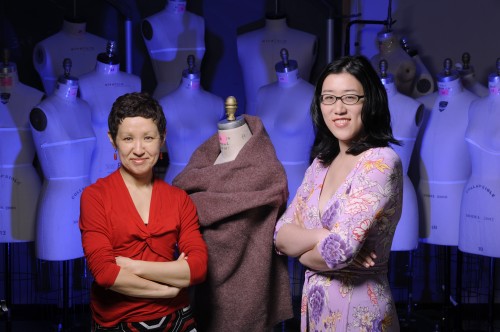 An Iowa State University study has found that the U.S. industry's "fast fashion" focus has resulted in diminishing returns on market share -- both at home, and abroad in Japan.

The Case of the Missing “R’s”

Some students at Baylor University haven’t been minding their “P’s” and “Q’s.” Instead, they’ve been tending to “R’s” — and finding they crop up in Central Texas conversations much more than they did decades ago. The finding is significant because of pronunciation of "R" is a socioenomic indicator. 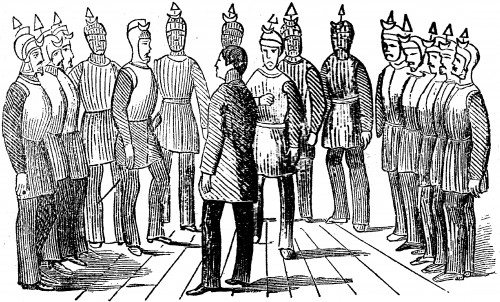 Background to the U.S. Census: Expert Available to Discuss Demographic Changes in the South

As figures from the 2010 census are released, political scientist Todd Shields of the University of Arkansas is available to discuss findings from the 2010 Blair-Rockefeller Poll that offer insight into changing U.S. demographics. The poll revealed uneven economic hardships across race and region and shifting support for the Democratic Party among American elderly. 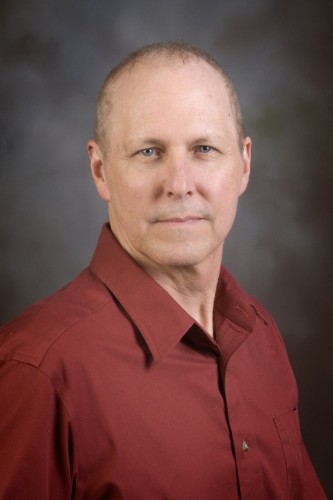 Researchers found that when managers give an explanation for decisions that have caused loss, they need to be more specific in addressing the concerns of their followers and the reasons behind their decisions. Being vague or dismissive can actually make things worse. And the greater the loss incurred, the greater was the need for specificity.

Cultural Sociologist Opens up on Oprah

Working on an Oprah Winfrey story? Consider sociologist Eleanor Townsley who can talk about the imminent end of Oprah's daytime talk show, and what it means for the larger media landscape.

“Oversexed Jezebels,” “asexual mammies” and “gold diggers” are among stereotypes of black women, with some dating back to slavery but persisting in today’s mass media, said Dr. Mia Moody, an assistant professor of journalism at Baylor. But these days, even the most positive image — that of an independent woman — often carries a negative message in popular rap music, she said. 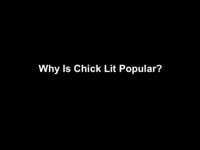 Without Carrie Bradshaw, women many never have discovered Manolo Blahniks. As one of the best-known characters in “Sex in the City,” Bradshaw encapsulates the typical postfeminist, career-minded, single gal, a gal who a University of New Hampshire instructor says is part of the explosive popularity of the genre “chick lit.” 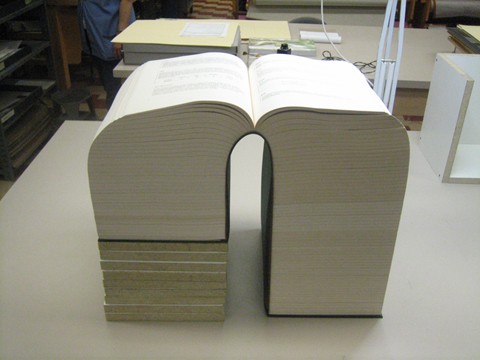 The University of Iowa Libraries now has a massive volume of poetry in its collection, a 100-volume work of 10,000 pages of poetry, measuring two feet thick. The book, “Poetry City Marathon” was written by Iowa City poet Dave Morice during a 100-day poetry marathon, and was made as part of the celebration of Iowa City being named a City of Literature by United Nations Educational, Scientific and Cultural Organization (UNESCO). 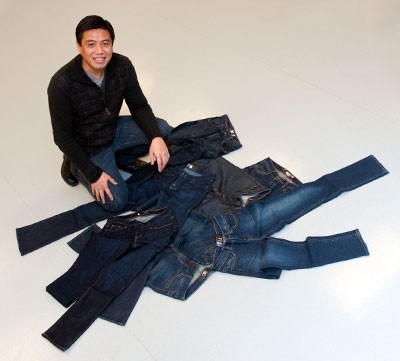 Death Conquers in the New Book by Art Historian

The encounter of skeletons mocking the living has haunted Case Western Reserve University art historian Elina Gertsman’s imagination. That fascination led to Gertsman’s newly published book, The Dance of Death in the Middle Ages: Image, Text, Performance (Brepols, 2010), a rare and long-awaited volume on this art from centuries ago. 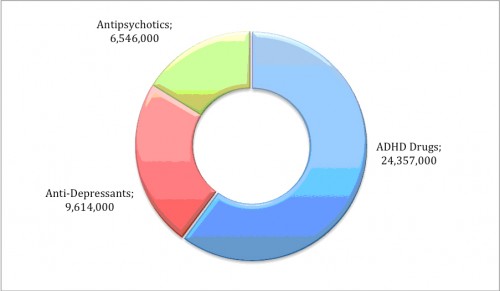 Loughner More Than a Deranged Individual – He Is One of Millions

This commentary by renowned social scientist Dennis Embry emphasizes the severity of mental health issues facing our nation's youth. Dr. Embry advocates for the use of "behavioral vaccines" to improve mental health and reduce the problems it causes.

Roberto Marquez Looks at Literature and Identity in the Caribbean

The Caribbean is made up of Spanish-, French-, and English-speaking island states. Literary criticism tends to maintain the separation between these cultures, says Mount Holyoke College professor Roberto Márquez. "In his new book, "A World among These Islands" Márquez looks at the Caribbean as a whole to better understand the region’s literary heritage and history.

In the new book, "God's Almost Chosen Peoples: A Religious History of the American Civil War," Dr. George C. Rable, Charles G. Summersell Chair in Southern History at The University of Alabama, examines how Americans used their faith to explain and deal with the enormous costs of the Civil War.

Biracial and Passing — as Black

New research published in the December issue of Social Psychology Quarterly shows that black-white biracial adults now exercise considerable control over how they identify and the authors find “a striking reverse pattern of passing today,” with a majority of survey respondents reporting that they pass as black.

Nova Southeastern University (NSU) will host The Qualitative Report’s 2nd Annual Conference, on Jan. 7 and 8, 2011 on the university’s main campus in Davie, FL.

While the positive correlation between religiosity and life satisfaction has long been known, a new study in the December issue of the American Sociological Review reveals religion’s “secret ingredient” that makes people happier.

How do individuals cope with reentry from prison to society? Too frequently with avoidance, says Lindsay Phillips, assistant professor of psychology at Albright College in Reading, Pa. and author of the forthcoming paper, “Prison to Society: A Mixed Methods Analysis of Coping with Reentry,” to be published by the International Journal of Offender Therapy and Comparative Criminology.

Researchers at The University of Texas are devising tools to identify bilingual children with true language disorders and developing treatment protocols to address their needs.

Learning the Truth Not Effective In Battling Rumors About NYC Mosque

Evidence is no match against the belief in false rumors concerning the proposed Islamic cultural center and mosque near Ground Zero in New York City, a new study finds.

Peace Corps at 50: Connections Can Benefit Both Volunteer and Community (Video)

“Since the founding of the Peace Corps 50 years ago, international service programs have grown dramatically across the public, private and nonprofit sectors,” says Amanda Moore McBride, PhD, assistant professor at the Brown School and expert on civic service as Research Director at the School’s Center for Social Development (CSD).

A new book by a Northwestern University School of Law professor tells the stories of three dramatic fugitive slave trials of the 1850s. Each of the trials underscores the crucial role runaway slaves played in building the tensions that led to the Civil War, and the three trials together show how “civil disobedience” developed as a legal defense. “Fugitive Justice: Runaways, Rescuers and Slavery on Trial” (Harvard University Press, November 2010) also highlights the role of the lawyers who took on these cases and pioneered the idea of civil rights litigation.

Professor Looks at Role of Latino Families in 'Ugly Betty,' Other Tv Sitcoms

Tanya Gonzalez, K-State assistant professor of English, is writing several essays that relate to Latino culture and families as they are portrayed in entertainment, particularly in ABC's former show "Ugly Betty."

From Bigfoot to Haunted Houses to Palm Readers: Who Believes?

New book co-authored by Baylor University sociologists, released today in time for Halloween, chronicles their quest for the types of people who believe in the paranormal.

Congregations Struggle to Get — and Keep — Racially Diverse Members