Charles River Esplanade Voted Most Worth Saving Landmark in America 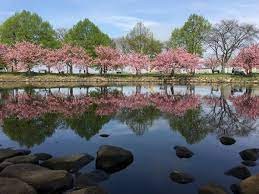 Newswise — CHICAGO, April 30, 2019 – The American Association of Endodontists (AAE) today announced the Charles River Esplanade of Boston has won the organization’s landmarks contest. The contest spotlighted four natural locations from across the country and asked people to vote on which landmark they felt was the most worth saving. As the dental specialists who save one’s natural teeth, endodontists understand that even though we live in a disposable, replacement-oriented world, natural landmarks are truly worth saving, preserving and revering just like your natural teeth.

“Congratulations to the Charles River Esplanade for winning AAE’s landmarks competition,” said AAE president Dr. Keith V. Krell. “We are thrilled to have hosted a contest that highlighted four important natural landmarks throughout the U.S. that are meaningful to so many local citizens and visitors.”

In addition to the Charles River Esplanade, other landmarks in the contest included the Chicago River of Chicago; the Phil Hardberger Park of San Antonio, Texas; and Wissahickon Valley Park in Philadelphia. The contest generated more than 400,000 votes from people across the nation.

Located in Boston, the Charles River Esplanade is a 3.2-mile long, 64-acre linear state park along the banks of the Charles River, spanning from the Museum of Science to the Boston University Bridge. In addition to providing a beautiful natural landscape of 1,700 trees and 14 ornamental gardens, the Esplanade is home to the Hatch Memorial Shell, numerous historical monuments and more than five miles of pathways for walking, running or biking. The Esplanade is enjoyed by an estimated 3 million visitors each year.

The Esplanade Association, preservationist group for the Charles River Esplanade, will be receiving a $20,000 donation from AAE. In addition, AAE will provide $30,000 in free endodontic services to those in need in the city of Boston.

“People throughout Greater Boston will benefit greatly from the generous $20,000 donation of the American Association of Endodontists to the Esplanade Association through its Landmarks Worth Saving contest,” offered Michael Nichols, Executive Director of the Esplanade Association. “Our group exists solely to maintain, revitalize, enhance and program the 64-acre Charles River Esplanade. AAE’s grant is a fitting way to honor the 10th anniversary of the park being designated as a Boston Landmark by the Boston Landmarks Commission in July 2009. Further, we’re delighted that AAE will also donate $30,000 in endodontic services to people in Boston.”

About the American Association of Endodontists

The American Association of Endodontists, headquartered in Chicago, represents more than 8,000 members worldwide. Endodontics is one of nine dental specialties formally recognized by the American Dental Association. The AAE, founded in 1943, is dedicated to excellence in the art and science of endodontics and to the highest standard of patient care. The Association inspires its members to pursue professional advancement and personal fulfillment through education, research, advocacy, leadership, communication and service. For more information about the AAE, visit the Association’s website at aae.org.