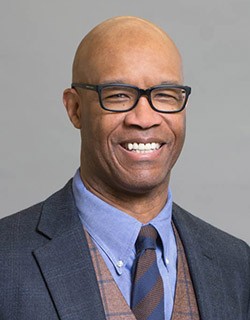 Whitaker, who joined Medill in 1993, is also the Helen Gurley Brown Magazine Chair at Medill. His appointment as interim dean is effective July 1, 2018.

“Charles brings a thorough understanding of the school, an outstanding record as a teacher and mentor to students and a great deal of relevant administrative experience,” Holloway said. “We will soon begin a national search for a successor to Dean Brad Hamm, who will step down at the end of this academic year. I am confident that Medill will continue to thrive under Charles’ leadership as interim dean while we conduct the search.”

Whitaker has taught courses in news writing, magazine writing, magazine editing and blogging. In addition to teaching in Medill’s graduate and undergraduate programs, Whitaker teaches in Northwestern’s School of Professional Studies and the High School Journalism Institute, also known as the Cherub program.

Whitaker was one of the rotating directors of Medill’s graduate Magazine Publishing Project, an enterprise in which teams of students developed a new magazine or worked in collaboration with an existing publishing company to reinvigorate the editorial and business approach of an existing magazine. For nine years, Whitaker directed the Academy for Alternative Journalism, a summer fellowship program that trained young writers for work at the member publications of the Association of Alternative Newsweeklies in an effort to address the field’s lack of diversity.

“Medill is renowned as one of the leading schools of both journalism and integrated marketing communications,” Whitaker said. “It is unusual to be so strong in both of these areas, and it is one of the things that makes Medill special. I look forward to collaborating with my fellow faculty, Medill students and our dedicated staff as we continue to educate students who will become leaders in their professions.”

Before joining the Medill faculty, Whitaker was a senior editor at Ebony magazine, where he covered a wide range of cultural, social and political issues and events, including two U.S. presidential campaigns and the installation of the first black members of the British Parliament. Whitaker began his journalism career as a newspaper reporter at the Miami Herald. From the Herald, he went to the Louisville Times, where he worked as a deputy feature editor and enterprise feature and arts writers. He has received commendations for his work from a number of journalism societies, including The National Association of Black Journalists, The Society of Professional Journalists and the National Education Writers Association.

Whitaker is the co-author of Magazine Writing, a textbook that examines the magazine industry and deconstructs the art of feature writing for consumer and Business-to-business publications. He also is the author of four statistical analyses of the hiring of women and minorities in the magazine industry and has served as an adviser on diversity issues for the Magazine Publishers of America. He was the co-director of Project Masthead, a program designed to encourage students of color to consider careers in magazines on both the editorial and business side of the industry, and he is one of the co-curators of the Ida B. Wells Award, presented by both Medill and the National Association of Black Journalists to individuals who are working to increase newsroom diversity and improve the coverage of communities of color.

Whitaker earned both bachelor’s and master’s degrees from Medill. His research examines the ontological and methodological similarities and differences between immersion journalism and social science field research and what practitioners in each discipline can learn from the other.