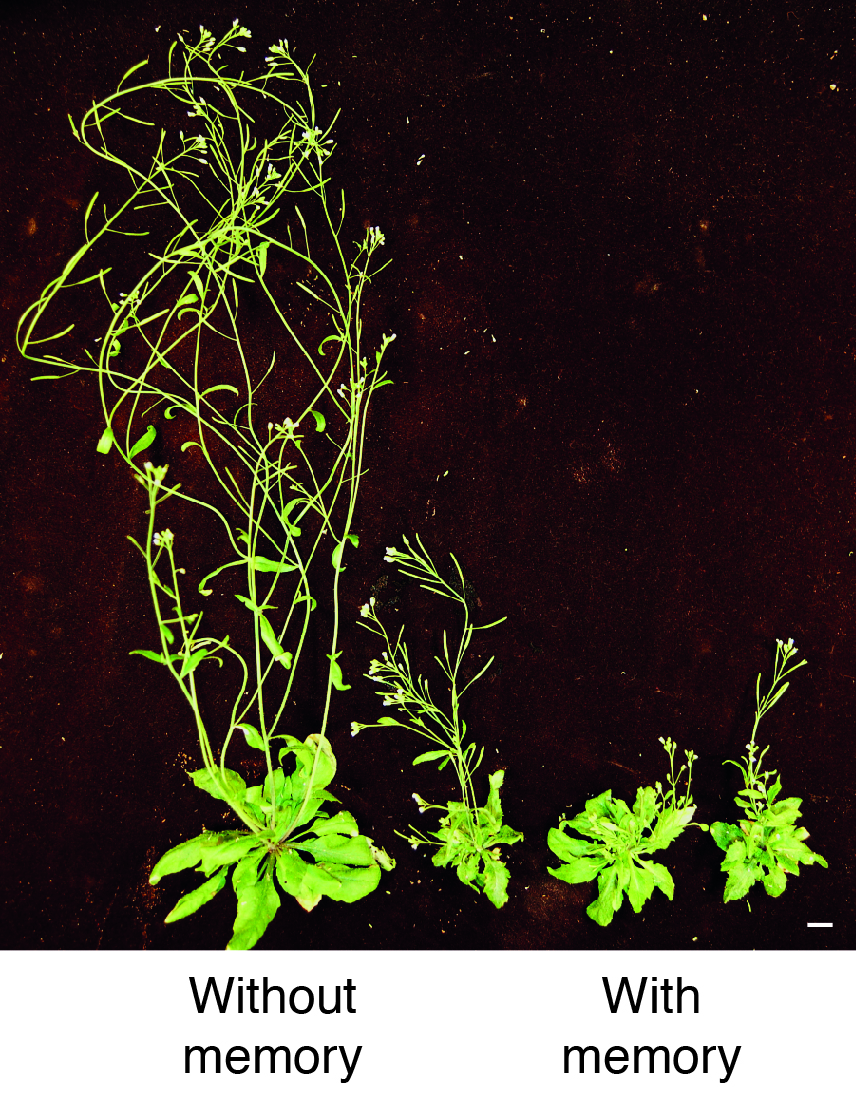 · This information is stored in the form of ‘epigenetic memory’ which can be passed on to the offspring, resulting in defects in growth and development.

Researchers at the University of Warwick have uncovered the mechanism that allows plants to pass on their ‘memories’ to offspring, which results in growth and developmental defects.

In order to survive and thrive, plants have the unique capability to sense and remember changes in their environment. This is linked to the chemical modification of DNA and histone proteins, which alters the way in which DNA is packaged within the cell’s nucleus and genes are expressed – a process known as epigenetic regulation.

Usually, this epigenetic information is reset during sexual reproduction to erase any inappropriate ‘memories’ from being passed on to ensure the offspring grows normally. In the paper, ‘A new role for histone demethylases in the maintenance of plant genome integrity’ published in the journal elife, it was found that some plants were unable to forget this information and passed it on to their offspring, thereby affecting their chances of survival.

The researchers identified two proteins in Thale Cress (Arabidopsis), previously known only to control the initiation and timing of flowering, that are also responsible for controlling ‘plant memory’ through the chemical modification (demethylation) of histone proteins.

They showed that plants unable to reset these chemical marks during sexual reproduction, passed on this ‘memory’ to subsequent generations, resulting in defects in growth and development.

Some of these defects were linked to the activation of selfish DNA elements, also known as ‘jumping genes’ or transposons, thus indicating that the erasure of such ‘memory’ is also critical for maintaining the integrity of plant genomes by silencing transposons.

Prof. Jose Gutierrez-Marcos, a senior author on the paper from the School of Life Sciences at the University of Warwick commented:

“Our study into the proteins that regulate plant memory has shown how important it is for chemical marks to be reset during sexual reproduction in order to avoid offspring inheriting inappropriate ‘memories’ that lead to growth and developmental defects associated with genome instability.

“The next step is to work out how to manipulate such ‘memories’ for plant breeding purposes, so that subsequent generations show greater adaptability to allow them to thrive in a changing environment.”

This work was carried out by an international team of researchers based at the University of Warwick (UK), Université Paris Saclay (France), Max Planck Institute for Developmental Biology (Germany), The Ohio State University and Donald Danforth Plant Science Center (USA) and Nagoya University (Japan).