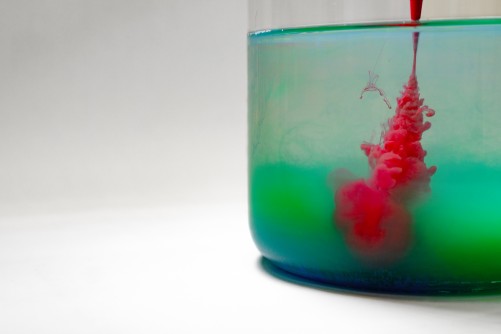 Chemicals threaten biodiversity - not only because they can directly poison animals and plants, but because they impair the living conditions and functions of organisms.

Newswise — Environmental chemical pollution threatens biodiversity. However, the complexity of this pollution remains insufficiently recognised by decision-makers - this is what international researchers led by Gabriel Sigmund from the University of Vienna and Ksenia Groh from the Swiss Federal Institute of Aquatic Science and Technology (Eawag) argue in the most recent issue of “Science”. Their letter appears shortly before the international negotiations on the “post-2020 Global Biodiversity Framework”. These will take place from 21st of June in Nairobi (Kenya).

“Although the draft agreement mentions chemical pollution, it only takes into account nutrients, pesticides and plastic waste and thus falls too short,” explains environmental scientist Gabriel Sigmund. “Many highly problematic chemicals that pollute the environment and thus threaten the diversity of animal and plant species are simply overlooked,” adds ecotoxicologist Ksenia Groh. This means that the agreement does not do justice to the immense diversity of man-made chemicals. Toxic metals, industrial chemicals, chemicals from consumer goods, pharmaceuticals and the often unknown transformation products of these chemicals have not yet been taken into account in the draft agreement of the post-2020 Global Biodiversity Framework.

The chemical pollutants affect organisms in the environment both directly and indirectly and can thus contribute to the decline or even extinction of sensitive species. For example, populations of Orca whales off the coasts of Canada, Brazil, Japan and Gibraltar are threatened due to high concentrations of industrial chemicals in their bodies. Furthermore, if plants and animals adapt to chemical exposure, their genetic diversity may decrease. “If the genetic diversity of populations decreases, their resilience to stressors such as global warming and other aspects of global change will also decline,” Groh warns. “Such indirect effects of chemical pollution and countless other interactions with other substances that threaten biodiversity and ecosystems are ignored when the focus is limited to nutrients, pesticides and plastics,” explains Sigmund, who is researching environmental pollutants at the University of Vienna's Centre for Microbiology and Environmental Systems Science.

In order to grasp the complex interactions, the researchers believe that joint efforts by interdisciplinary research teams are essential. “Despite this, neither the scientific community nor the funding agencies have yet fully recognised or adequately responded to this necessity,” Sigmund says, “but the available evidence already justifies extending the scope of chemicals considered by the Biodiversity Convention to a broader range of chemical pollutants”. The so-called “post-2020 Global Biodiversity Framework” is a new strategic plan to guide international policy decisions on biodiversity until 2030. It is being negotiated in the context of the multilateral agreement on biological diversity - the Convention on Biological Diversity. Decision-makers will meet from 21st to 26th of June for the next round of negotiations in Nairobi, Kenya.