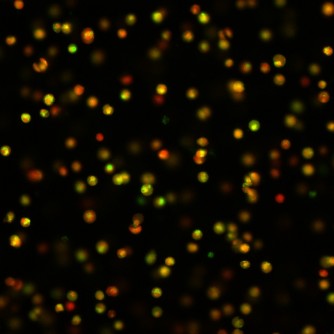 Newswise — DURHAM, N.C. -- Cartilage is notoriously difficult to repair or grow, but researchers at Duke Medicine have taken a step toward understanding how to regenerate the connective tissue. By adding a chemical to cartilage cells, the chemical signals spurred new cartilage growth, mimicking the effects of physical activity.

The findings, published online in the Proceedings of the National Academy of Sciences the week of Jan. 13, 2014, point to an ion channel called TRPV4 as a potential target for new therapies to treat osteoarthritis or even regrow cartilage.

Articular cartilage is the tissue that lines joints such as hips, knees and shoulders, providing cushioning and smooth movement. Similar to bones and muscles, cartilage only stays healthy and strong through loading, or applying force, through physical activity.

Abnormal forces on the joints can cause a variety of problems leading to pain and loss of mobility. Overloading joints through overuse or injury can lead to the cartilage breaking down, while lack of use can result in cartilage wasting through atrophy. Both kinds of cartilage deterioration leave joints prone to osteoarthritis, a degenerative and debilitating disease.

“Mechanical loading plays a critical role in the overall health of the cartilage,” said Farshid Guilak, Ph.D., Laszlo Ormandy Professor of Orthopaedic Surgery at Duke and the study’s senior author. “If we can figure out how cartilage cells sense mechanical loads, we can trick them into thinking they are being exercised or stop them from responding to abnormal loading. Think of it as artificial exercise for your cartilage.”

Now that they know that turning on TRPV4 can simulate the effects of mechanical loading in cartilage cells, the researchers are looking at ways to harness this potential.

“Our next step is to see if this synthetic ‘exercising’ technology works on human cells that could be used to regrow new human cartilage,” said O’Conor, who is completing his MD/PhD degree at the University of North Carolina at Chapel Hill and is performing his dissertation work with Guilak in the Duke Orthopaedic Bioengineering Laboratories.

Beyond growing new cartilage, the researchers will investigate whether the compounds that activate or block TRPV4 could act as new therapies to prevent cartilage degeneration and joint disease.

In addition to O’Conor and Guilak, study authors include Holly A. Leddy and Halei C. Benefield of the Department of Orthopaedic Surgery at Duke and Wolfgang Liedtke of the Departments of Neurology and Neurobiology at Duke. The National Institutes of Health funded the study (AR48182, AR50245, AG15768, AR48852, AR46927 and AG40868).