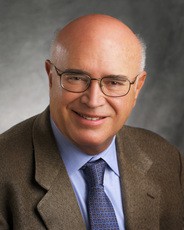 Newswise — Gabor A. Somorjai, Ph.D., has been chosen to receive the 2008 Priestley Medal, the highest honor bestowed by the American Chemical Society (ACS), for his contributions to surface science and catalysis for more than 40 years. ACS is the world's largest scientific society.

Surface science is the study of physical and chemical events that occur at the boundary between different materials, such as solids, liquids, and gases. Its many applications include the development of catalysts, which speed up the chemical reactions vital for production of gasoline, plastics, medicines, and other products.

Somorjai will receive the award April 8 during a special event at the Society's spring national meeting, held April 6-10 in New Orleans. A professor of chemistry at the University of California at Berkeley, Somorjai has been a pioneer in the study of surfaces and surface phenomena, which has in turn impacted various other disciplines, including physical chemistry, heterogeneous catalysis, materials science and nanoscience.

Since becoming a professor at UC-Berkeley in the mid-1960s, he has studied structure, bonding, and reactivity on the molecular level of solid surfaces. His use and development of novel techniques, such as low-energy electron diffraction surface crystallography and high-pressure tunneling microscopy, has led to an array of findings that have driven the development of surface science.

Somorjai is the author of three textbooks and more than 900 scientific papers in the realms of surface chemistry and catalysis. His research has generated thousands of worldwide publications over the past 40 years, and the study of surface phenomena and heterogeneous catalysis has become one of the most active fields in solid state physical chemistry. "I am pleased to see the growth of surface chemistry in the American Chemical Society," Somorjai said. "When I was the Chair of the Division of Colloid and Surface Chemistry in 1976, there were 130 surface chemistry papers presented. At the last meeting in Boston there were 630 papers presented. The ACS and its national meetings reflect the ever-changing directions and breadth of the discipline as well as the world-class science of the United States and of the international chemistry community."

Born in 1935 in Budapest, Hungary, Somorjai survived Nazi rule in 1944 with the help of a Swedish diplomat, Raoul Wallenberg, who offered his family a house under Swedish protection. He fled Budapest in 1956 during the Hungarian Revolution to Austria and arrived the following year in the United States, where he enrolled at UC-Berkeley and earned a doctorate in 1960. After a few years working with IBM Research in New York, Somorjai joined the faculty at Berkeley in July 1964. He was later appointed University Professor across the 10-campus University of California system by the University of California Board of Regents in 2002.

Among Somorjai's professional honors are the Peter Debye Award in Physical Chemistry, presented by the American Chemical Society in 1989; the Wolf Prize in 1998; the ACS Award for Creative Research in Homogeneous or Heterogeneous Catalysis in 2000 and the National Medal of Science in 2002.

The Priestley Medal is an annual award named for Joseph Priestley, who reported the discovery of oxygen in 1774. Since 1923, the American Chemical Society has recognized groundbreaking chemists with the award. The first Priestley Medal went to Ira Remsen, the chemist credited with bringing laboratory research to American universities.

Note for reporters' use only: For full information about the New Orleans meeting, including access to abstracts of more than 9,000 scientific papers and non-technical summaries, visit http://www.eurekalert.org/acsmeet.php.