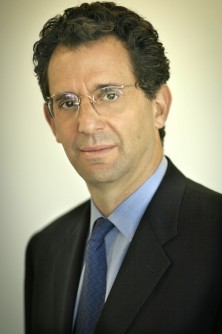 Newswise — While a great deal of research on childhood obesity has spotlighted the long-term health problems that emerge in adulthood, a new UCLA study focuses on the condition's immediate consequences and shows that obese youngsters are at far greater risk than had been supposed.

Compared to kids who are not overweight, obese children are at nearly twice the risk of having three or more reported medical, mental or developmental conditions, the UCLA researchers found. Overweight children had a 1.3 times higher risk.

"This study paints a comprehensive picture of childhood obesity, and we were surprised to see just how many conditions were associated with childhood obesity," said lead author Dr. Neal Halfon, a professor of pediatrics, public health and public policy at UCLA, where he directs the Center for Healthier Children, Families and Communities. "The findings should serve as a wake-up call to physicians, parents and teachers, who should be better informed of the risk for other health conditions associated with childhood obesity so that they can target interventions that can result in better health outcomes."

With the dramatic rise in childhood obesity over the past two decades, there has been a parallel rise in the prevalence of other childhood-onset health conditions, such as attention deficit–hyperactivity disorder, asthma and learning disabilities. But previous studies on the topic have been limited due to a narrow focus on a specific region of the county, a small sample size or a single condition.

The new UCLA research, a large population-based study of children in the United States, provides the first comprehensive national profile of associations between weight status and a broad set of associated health conditions, or co-morbidities, that kids suffer from during childhood.

For the study, the researchers used the 2007 National Survey of Children's Health, analyzing data on nearly 43,300 children between the ages 10 and 17. They assessed associations between weight status and 21 indicators of general health, psychosocial functioning and specific health disorders, adjusting for sociodemographic factors.

The study, which is currently available online, will be published in the January–February print issue of the journal Academic Pediatrics.

The UCLA researchers speculate that the ongoing shift in chronic childhood conditions is likely related to decades of underappreciated changes in the social and physical environments in which children live, learn and play. They propose that obesity-prevention efforts should target these social and environmental influences and that kids should be screened and managed for the co-morbid conditions.

The researchers add that while the strength of the current study lies in its large population base, future studies need to examine better longitudinal data to tease out causal relationships that cannot be inferred from a cross-sectional study.

"Obesity might be causing the co-morbidity, or perhaps the co-morbidity is causing obesity — or both might be caused by some other unmeasured third factor," Halfon said. "For example, exposure to toxic stress might change the neuroregulatory processes that affect impulse control seen in ADHD, as well as leptin sensitivity, which can contribute to weight gain. An understanding of the association of obesity with other co-morbidities may provide important information about causal pathways to obesity and more effective ways to prevent it."

Halfon's co-authors on the study included Kandyce Larson and Dr. Wendy Slusser, both of UCLA.

The study was supported by funding from the Maternal and Child Health Bureau of the Health Resource Services Administration.

The authors have no financial ties to disclose.

For more information on the UCLA Center for Healthier Children, Families and Communities, please visit www.healthychild.ucla.edu.