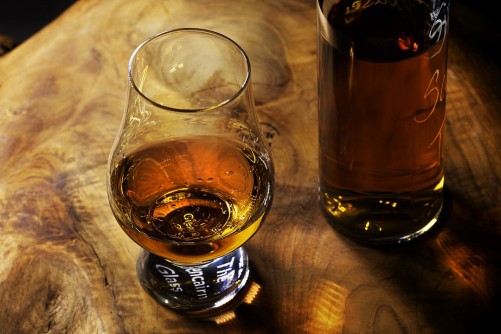 Rates of FASD in the U.S. may be higher than previously thought.

Newswise — Researchers at University of California San Diego School of Medicine found a significant number of children across four regions in the United States were determined to have fetal alcohol spectrum disorders (FASD). The new findings may represent more accurate prevalence estimates of FASD among the general population than prior research.

The study is published online in the Journal of the American Medical Association.

More than 6,000 first-graders in the Pacific Southwest, Midwest, Rocky Mountain and Southeast regions of the U.S. were evaluated. Researchers found that one to 5 percent of the children were determined to have FASD.

“Our comprehensive approach reflects estimates that more closely resemble the prevalence of FASD in the United States and further highlight the burden of the disorders,” said Christina Chambers, PhD, MPH, co-principal investigator of the study, professor of pediatrics at UC San Diego School of Medicine and co-director of the UC San Diego Center for Better Beginnings.

FASD is an umbrella term describing the range of effects that can occur in a child whose mother drank alcohol during pregnancy. Some of the features include a small head, below average weight and height, difficulty with learning and behavioral problems.

Chambers said that estimating FASD prevalence has historically been complex due to challenges in obtaining information on prenatal alcohol use and in identifying physical and neurobehavioral characteristics of the disorders. At each site in the new study, first-graders were recruited across two academic years and evaluated based on current FASD criteria. Prenatal alcohol exposure was assessed by interviewing the children’s mothers or other close relatives.

The frequency of FASD in the study ranged from approximately 11 to 50 children per 1,000 per region, with the lowest estimate in one Midwestern region sample, and the highest in one Rocky Mountain region sample. Previous data suggests the estimated frequency in the U.S. is 10 per 1,000 children.

“Our results suggest that the rate of FASD in children in the United States is as high or higher than autism spectrum disorders (ASD),” said Chambers. The Centers for Disease Control estimates the frequency of ASD at 14.6 per 1,000 8-year-olds.

Of the 222 children diagnosed with FASD in the study, only two had been previously diagnosed, although many parents and guardians were aware of the children’s learning and behavioral challenges.

“Our findings suggest that FASD is a critical health problem that often goes undiagnosed and misdiagnosed,” said Chambers. “Prenatal alcohol exposure is the leading preventable cause of birth defects and neurological abnormalities in the United States. It can cause a range of developmental, cognitive and behavioral problems, which may be recognized at any time during childhood and can last a lifetime.”

The cause of FASD is prenatal exposure to alcohol. In a survey by the U.S. Behavioral Risk Factor Surveillance System of more than 8,000 pregnant women, 10 percent reported recent drinking and 3 percent reported at least one “binge” episode within the previous 30 days. A pattern of binge drinking during pregnancy is thought to present the highest risk for FASD.

“Although our findings from the four regions may not represent the nation overall, our goal is that the estimates will contribute to strategies that will expand screening, prevention and treatment options for FASD,” said Chambers. “It is imperative that we find a solution to this devastating health issue.”